The first Venom movie was released by Sony, starring Tom Hardy. Now there’s a second movie, also about the same Venom, starring Tom Hardy – but this time there’s CARNAGE. Before Carnage, Venom was one of the most wildly popular polar opposites of Spider-Man. Then came Carnage. Venom and Carnage took on a life of their own and became massive comic hits in their own right. This new movie suggests that the first VENOM movie was a big enough smash as to not only warrant a second, but to put a LOT more money into a second.

The new movie stars Tom Hardy and Michelle Willams, Naomie Harris, Reid Scott, and Stephen Graham. It also stars Woody Harrelson. If there was any doubt that this VENOM series is going to continue, and potentially cross over into the rest of the Marvel Cinematic Universe, let it die! Woody Harrelson is here!

Harrelson will play the part of Cletus Kasady, the character that becomes CARNAGE. As we see in places like Eddie’s Clubhouse, the next movie won’t pull any punches. Take a peek at the trailer below, and prepare to be shocked at the wild nature of the beast.

This new movie will be called VENOM: Let There Be Carnage. The Venom Carnage movie will be released on September 24, 2021 “only in theaters.” That phrase has never had a more real and present meaning than it does now, as some movies release to streaming platforms at the same time as they are released in theaters. This one apparently will not do that. It’ll eventually be available on DVD and Blu-Ray and such, but for the first… while… you’ll need to go to a movie theater. 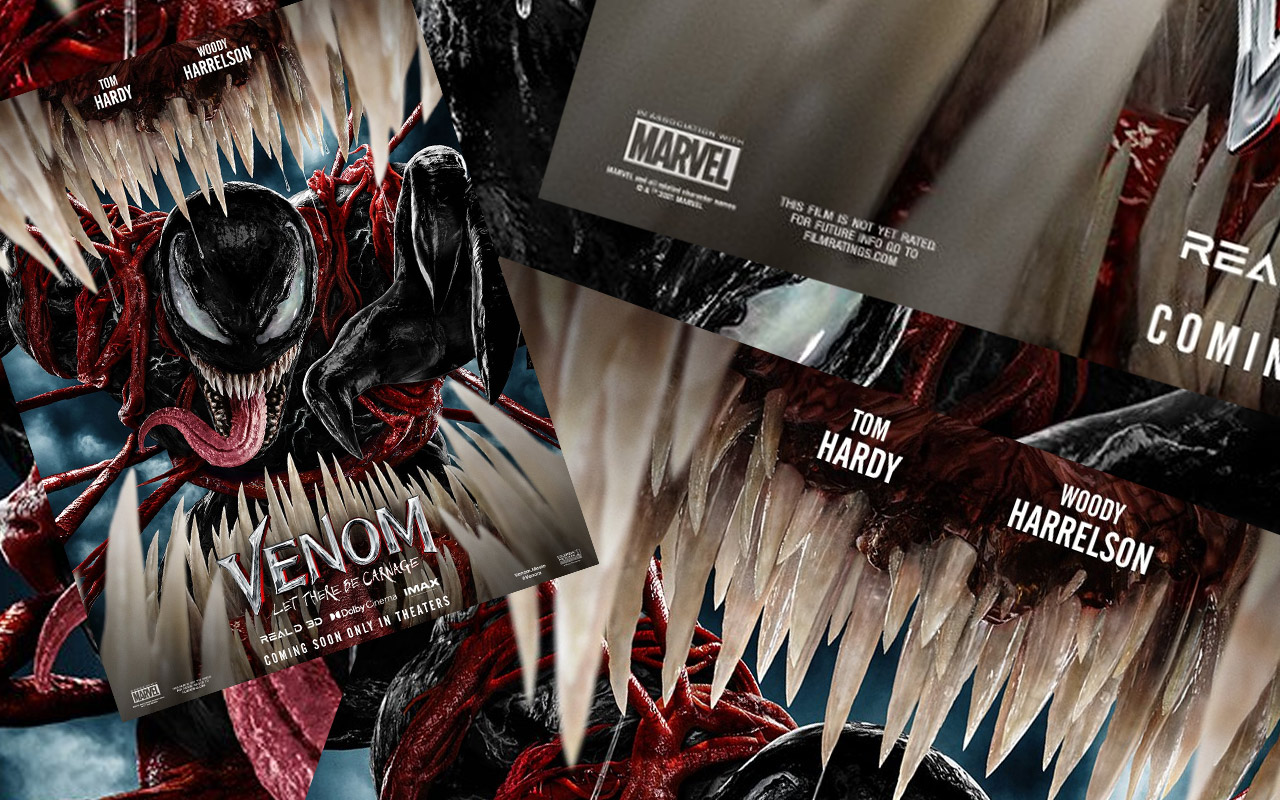 Venom Let There Be Carnage will be released in standard format, with Real D 3D, with Dolby Cinema sound, and in IMAX theaters. It’s being released by Columbia pictures with Sony Pictures Entertainment, and it does not yet have a rating! “This film is not yet rated” says the movie poster.