A new Netflix competitor, VDIO, is in the works by the same team originally responsible for Skype, and is currently in closed beta within the UK. Spotted by, and then confirmed to, GigaOm, VDIO is the handiwork of Niklas Zennstrom and Janus Friis, the duo behind streaming music service Rdio and, according to the company, ” is run by a team with experience from Skype, Napster, Microsoft, TV Guide, and Apache.”

The exact form that the VDIO service will take is unclear, however. Currently the site only offers a selection of animated loops from movies and TV shows licensed by Warner Bros., AMC, Showtime, Sony and Fox, suggesting VDIO has some impressive content deals already inked, together with a “Login using Facebook” button.

Click that and, if you’re in the UK, you’ll be told that VDIO is “coming soon to the UK”; those outside of the UK will have to wait a little longer, with the company saying that “initially” the roll-out is limited. That’s perhaps a sensible move, given Netflix is not operational in the country. Instead, it will face competition from Amazon-owned LoveFilm, which has a less impressive streaming content service.

“VDIO lets you instantly watch the best in TV and movies, right now” the company confirms, so we’re guessing that physical DVD and Blu-ray rental isn’t on the cards either. No word on when a public launch might take place, nor on pricing at this stage. 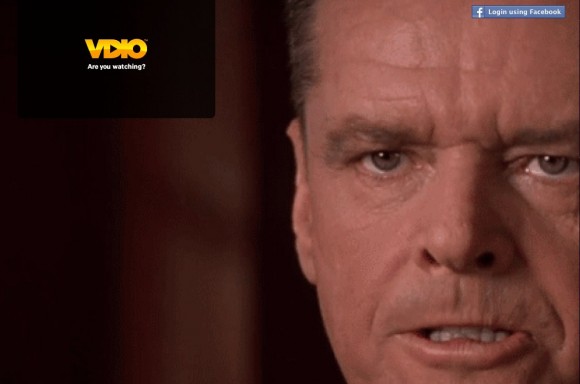