While TVs today are getting smarter and larger, not everyone may have the space to even hang such a panel. Conversely, some might want a watching area bigger than what most consumer TVs can offer. In both cases, laser projectors can provide the flexibility that some people need in a home entertainment system, and young company VAVA just debuted what could be one of the stronger options in that market. The VAVA Chroma ultra short throw projector packs quite a lot of buzzwords and features, but is it really worth the price it is asking? We picked up the large projector and placed it near our wall to find out.

An important disclaimer has to be made this early. The Chroma projector that VAVA sent us to review has been marked as a pre-production unit running pre-release software. While the hardware features and base performance we experienced are pretty close to the final product, VAVA promises that the retail version will have some improvement tweaks as well as more refined software. Keep that in mind as you go through the review, as some of the bugs and nitpicks we have might already be gone before the projector ships out. 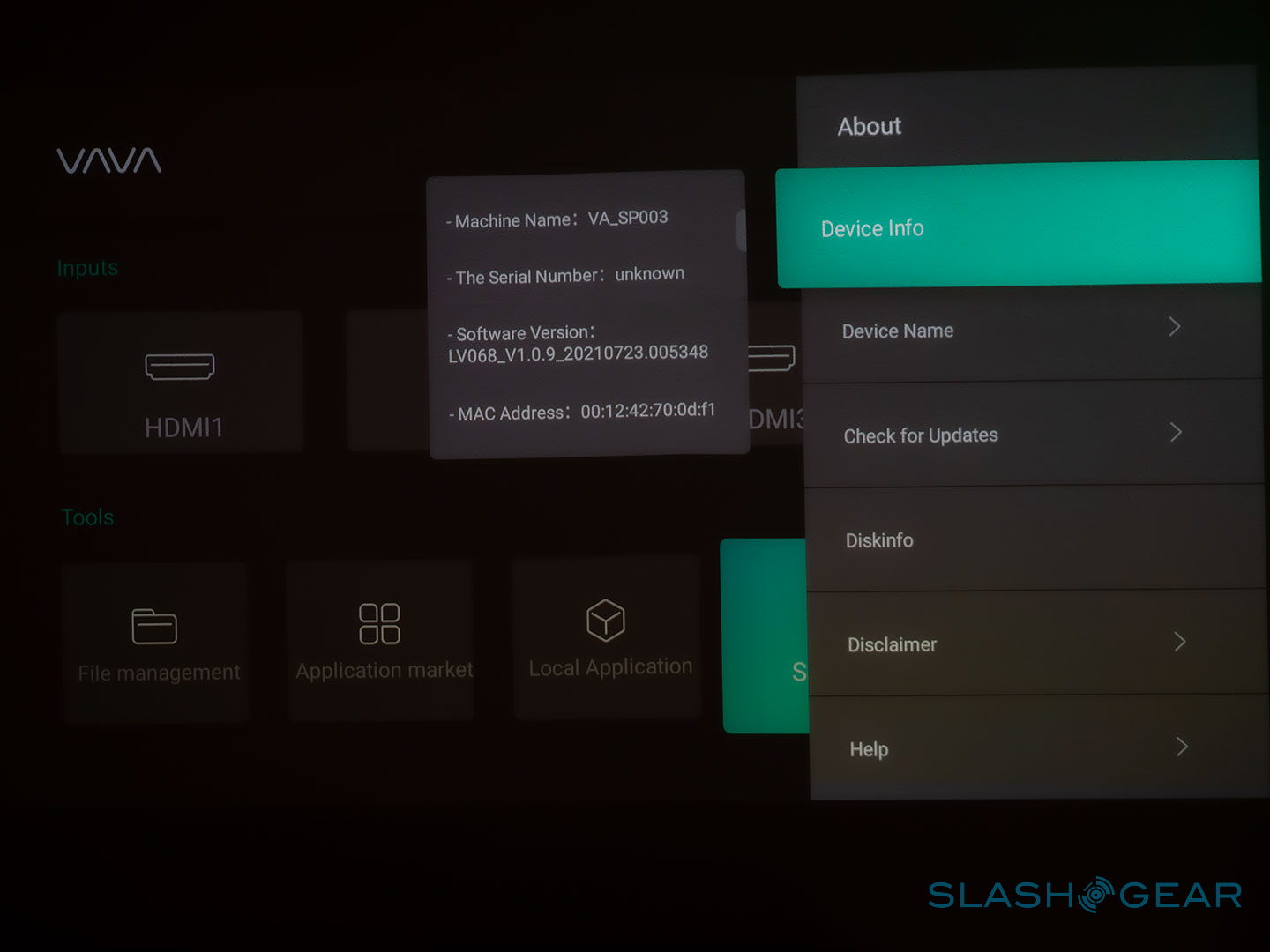 It’s easy to get lost in the spec sheet for the VAVA Chroma, though there are a few bullet points that many home entertainment buffs would be familiar with. Things like support for HDR10 and 4K UHD resolution, Dolby Audio, and Motion Estimation, Motion Compensation (MEMC) might be considered staple in any TV or projector within this price range. Of course, not all projectors can boast of those, so the VAVA Chroma definitely has a lot to be proud of. 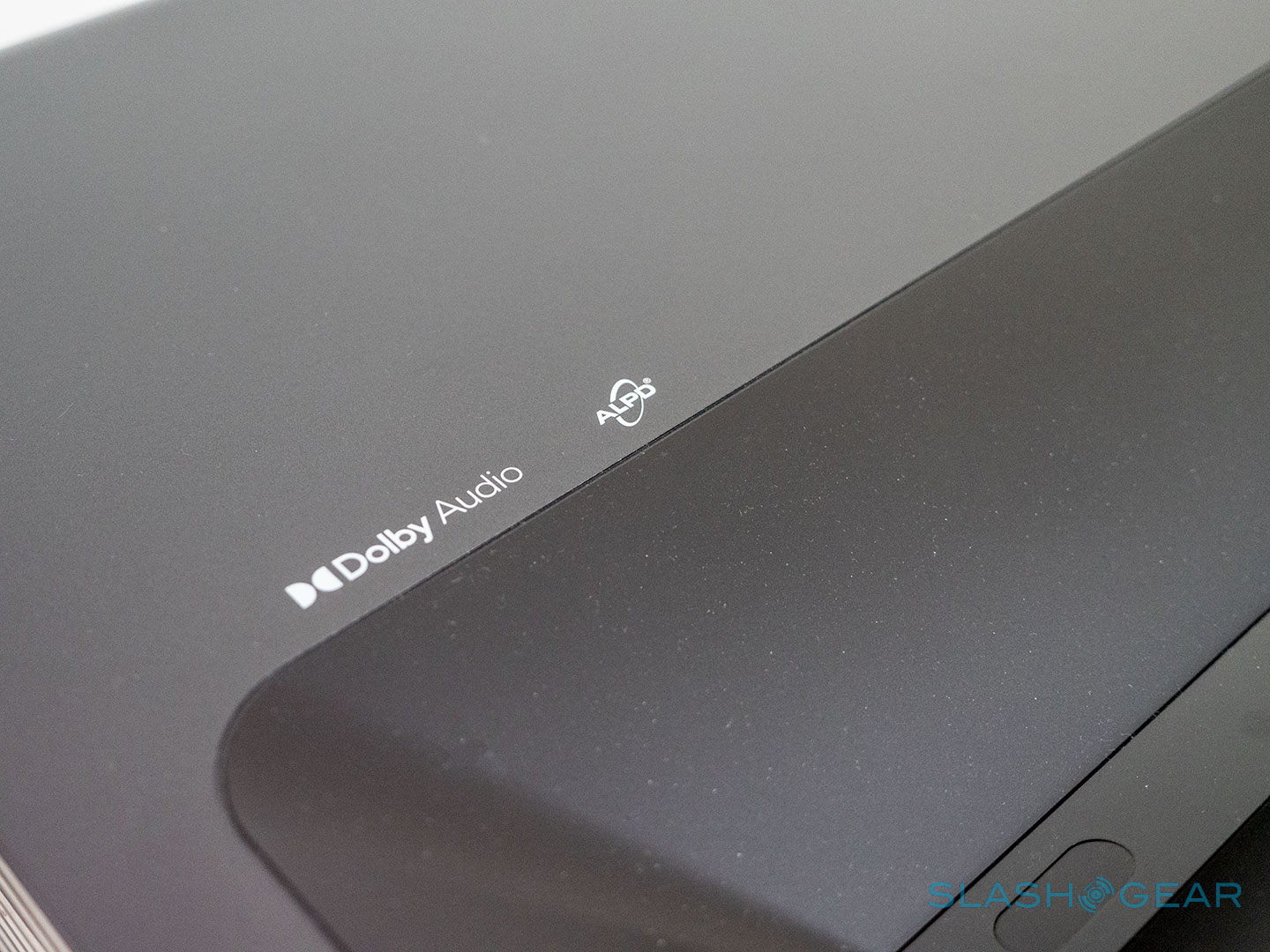 The biggest hardware feature for this laser projector, however, is the use of a triple-laser light source. Unlike VAVA’s first projector and some mid-range to entry-level products, the Chroma uses a separate laser for each of the primary colors of Red, Green, and Blue. That system is also powered by the highest ALPD (Advanced Laser Phosphor Display) 4.0 technology, giving it an edge even against most cinemas that still use ALPD 3.0. We’ll get to how these work together to deliver the projector’s impressive output later. 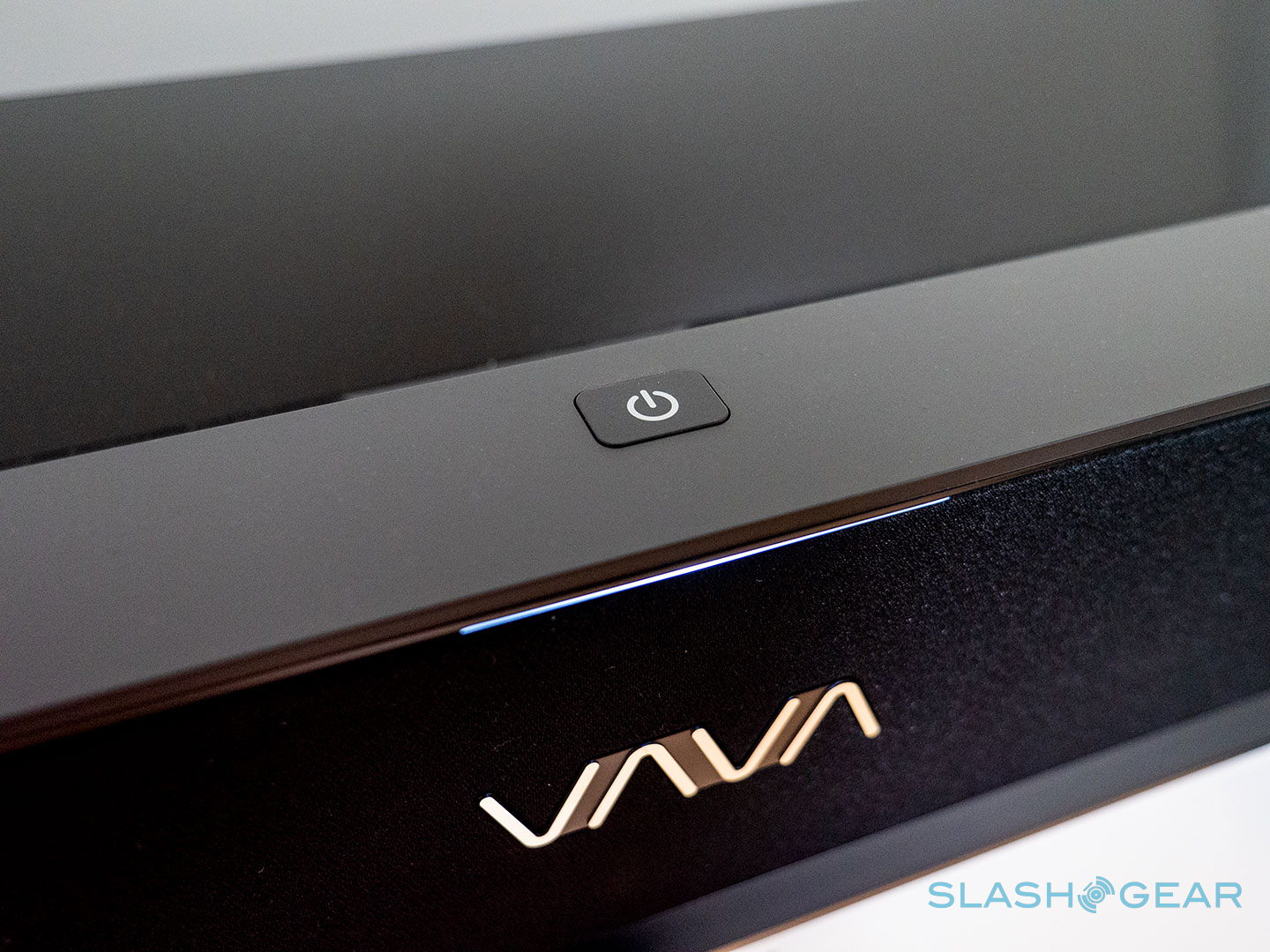 While ultra short throw (UST) projectors are often intended for watching videos, there is also a growing number of users putting these projectors to work in gaming. To corner that market, VAVA claims that it was able to reduce latency down to 50ms, which is already a big thing for projectors. That said, this can only be achieved by switching to the dedicated gaming mode, so you’ll have to remember that every time you switch from video watching to gaming. It even supports 3D films, provided you have both the content and the glasses at home for that. 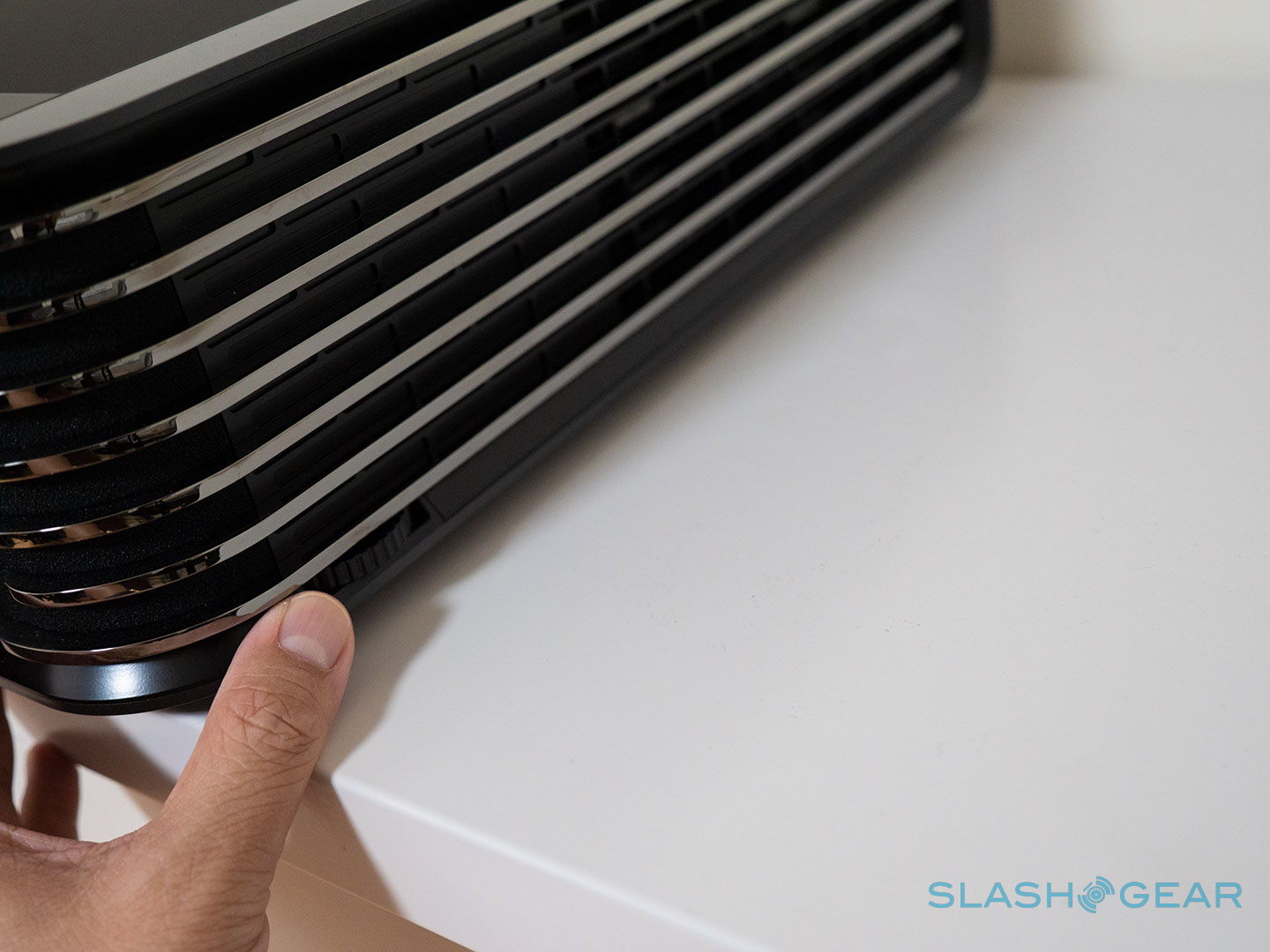 It is almost too easy to have that many video sources connected, thanks to having three HDMI ports, one of which supports ARC, along with a USB-A port for hard drives. While the VAVA Chroma itself runs an Android-based operating system, these ports make it easy and even convenient to plug in something like an actual Google TV or Android TV dongle. More on that later as well. 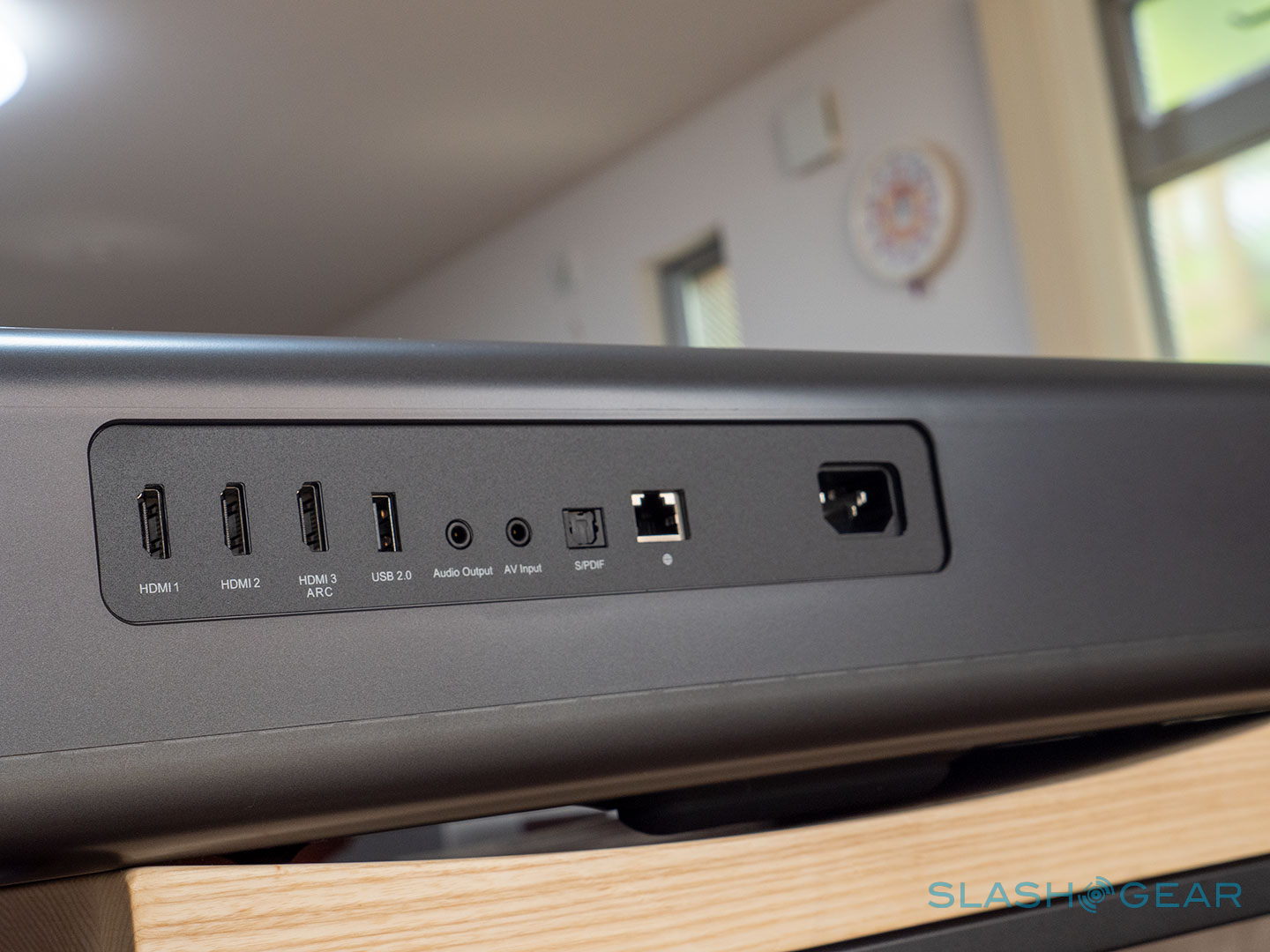 The use of triple laser technology and an ALPD 4.0 engine doesn’t come without a literal cost, but the output that the VAVA Chroma produces almost makes up for that. By using separate lasers for each primary color, the projector is able to more accurately display clear, vivid, and crisp colors. The support for 106% of the Rec. 2020 color gamut as well as HDR10 definitely helps in that regard, especially in improving the blacks. Curiously, the switch to automatically toggle HDR on or off depending on video input doesn’t seem to be working as one would expect.

The VAVA Chroma has a rated brightness of 2500 lumens, which makes it a bit average in that category. In practice, it actually does incredibly well in a well-lit room, but don’t expect miracles if you’re projecting anywhere near an open window during the day. That, however, is where VAVA’s Ambient Light Rejecting or ALR screens come in. 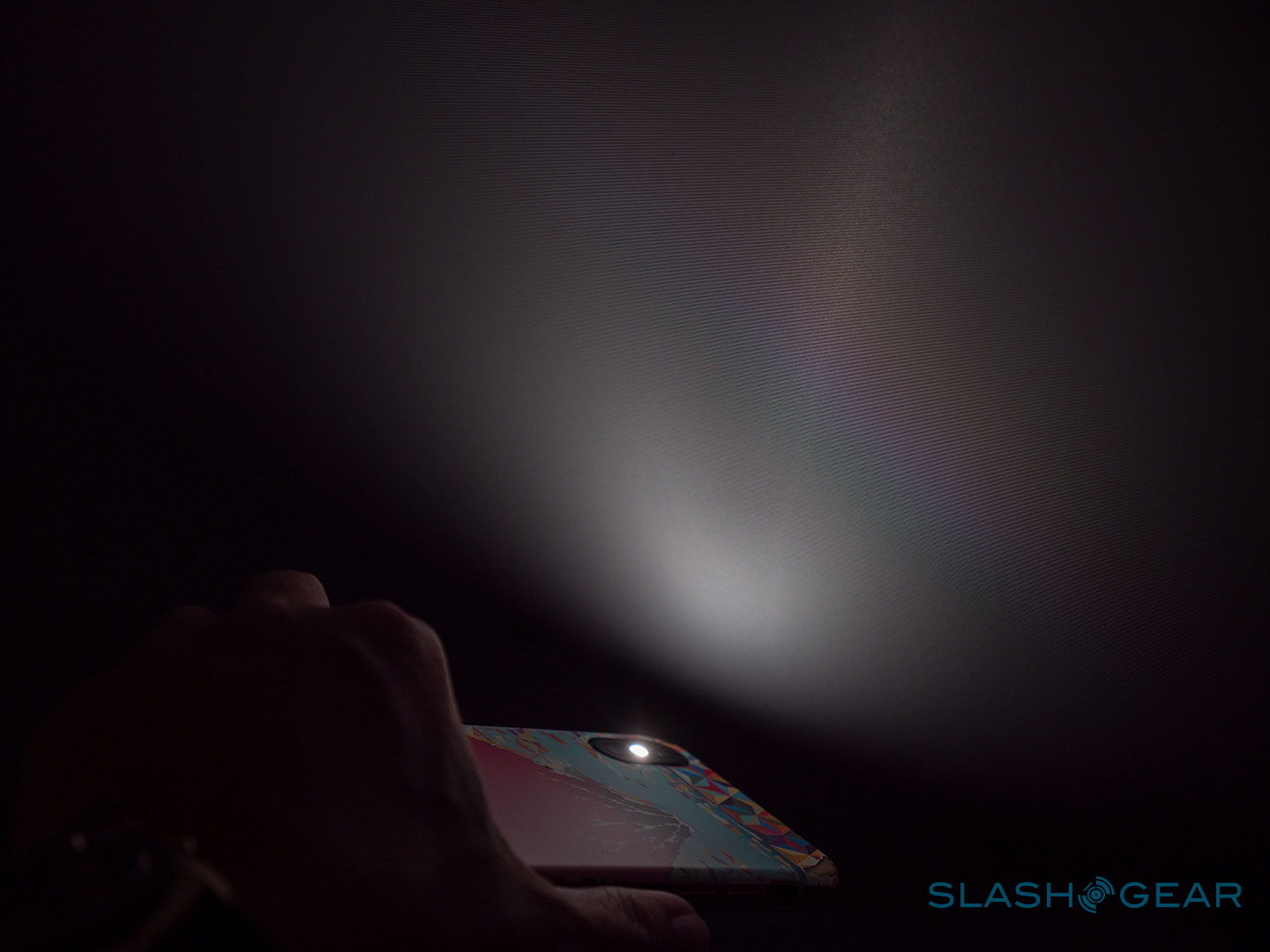 These screens can be purchased separately or bundled with the Chroma and provide a more suitable surface for projecting videos. Although it does mean practically tying the projector down to a single spot, it also drastically improves the viewing experience. As you can see in the photo above, it is able to reject a lot of the ambient light coming from an iPhone flash simulating ambient light. Be warned, however, that this screen requires assembly, and even the 120-inch Projector Screen Pro that VAVA sent us took some time and effort to set up. 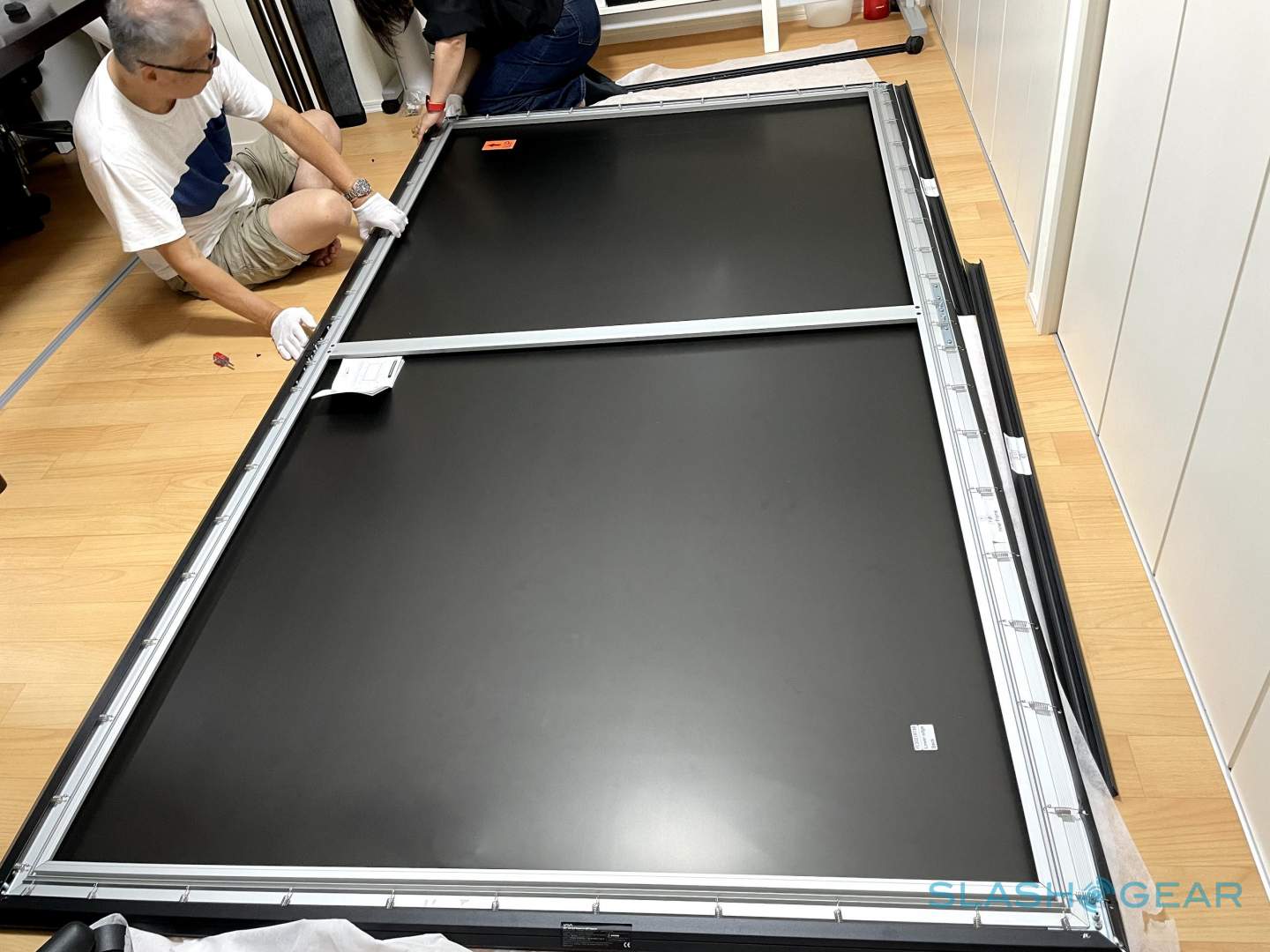 The Chroma features 60W Karman Hardon speakers with Dolby Audio technology, and they are pretty good and loud. It can easily fill an enclosed room without the need for any other speaker, though many homeowners might already have their favorite sound system anyway. The projector’s fans are relatively quiet, especially in low-power Eco mode, and don’t produce any discernible whining noise when in use. 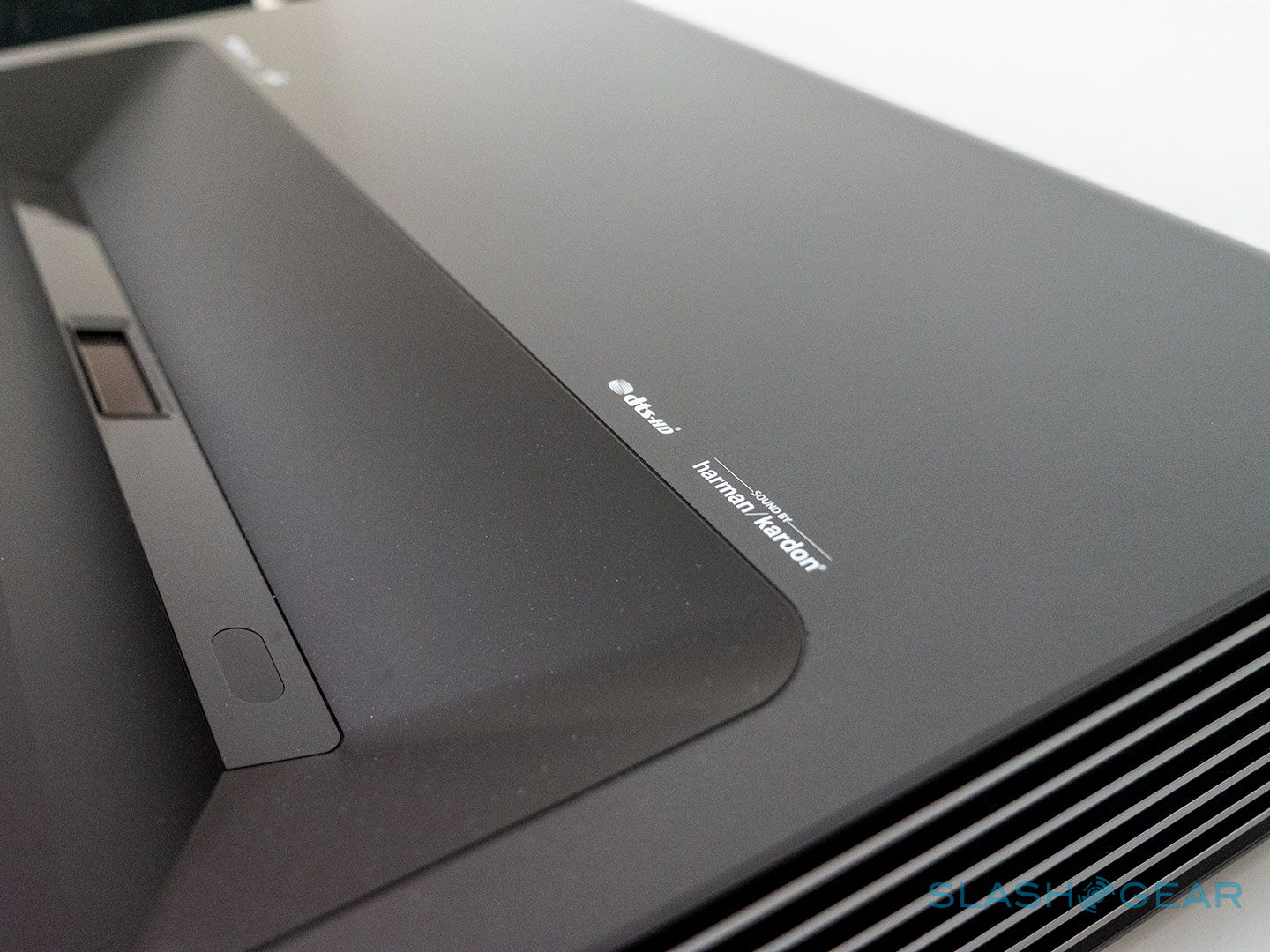 VAVA has upgraded the Chroma’s software to Android 9.0, but make no mistake; this isn’t your standard Android TV. If it were the case, you’d have Google Play Store readily available for any and all your Android needs. Instead, it has its own app store based on Aptoide, so don’t expect to meet your favorite apps and games. 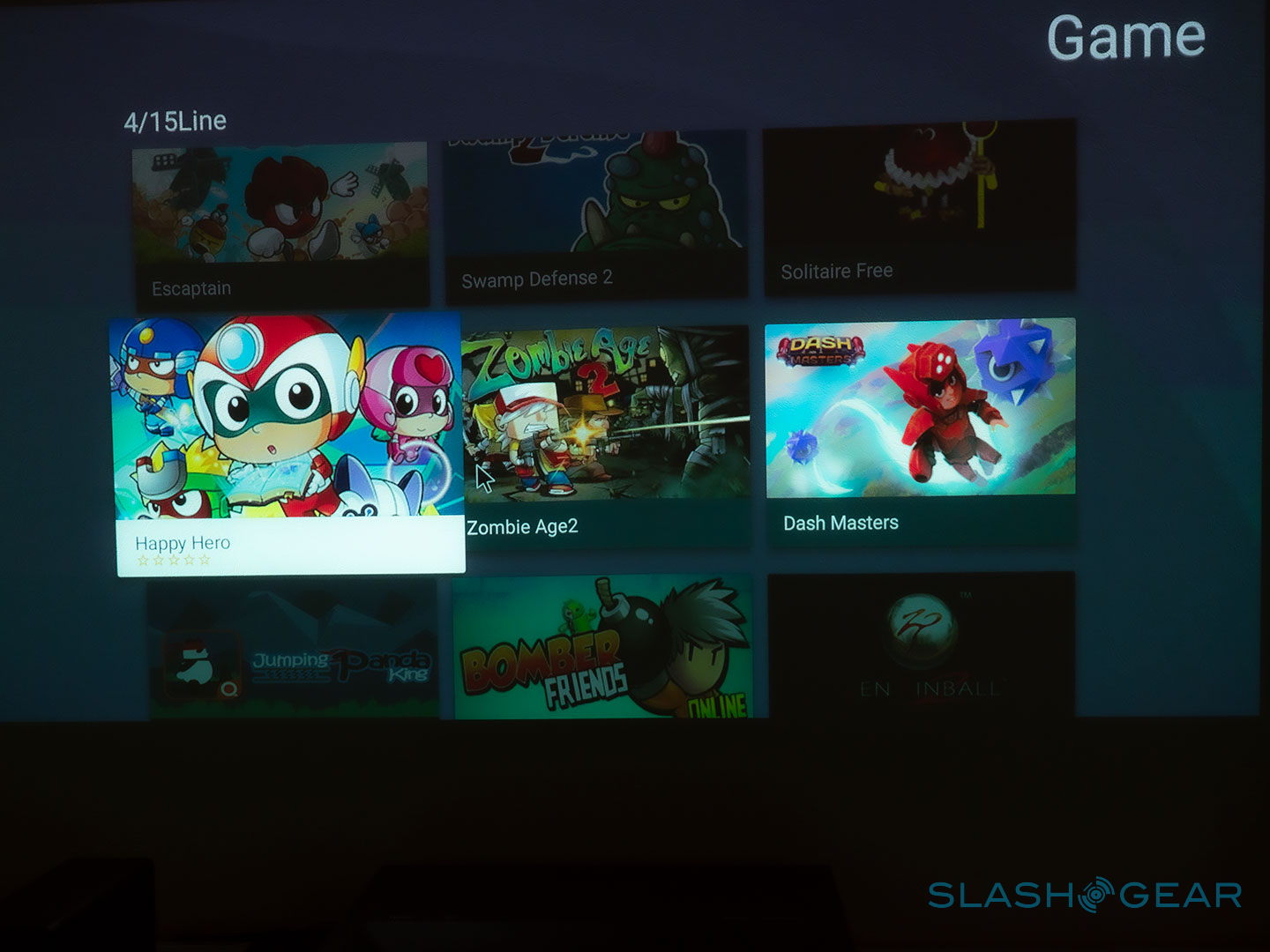 That said, it does have the most common video-related apps available, from Netflix to Disney+ to YouTube TV. And if you really need Android TV or Google TV, it’s easy enough to stick a dongle into the projector. Even in its current pre-release state, the firmware already exposes a lot of features and options to tweak and improve your experience, with more possibly coming in the software’s final version. 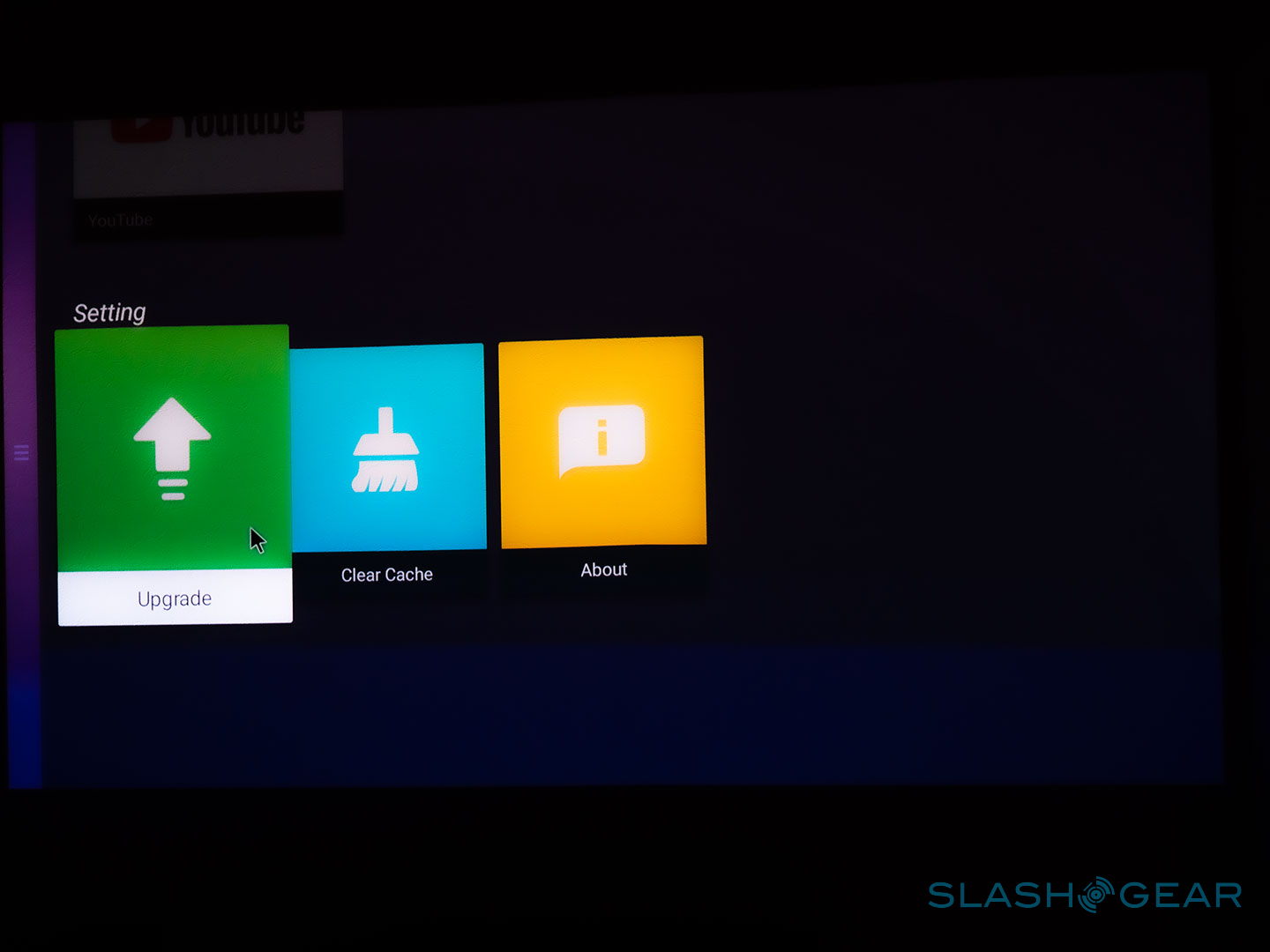 More than just a smart TV in projector form, the VAVA Chrome can also be a smart home hub, thanks to Alexa. You can speak to Amazon’s smart assistant through the new remote control, which also doubles as an air mouse. Unfortunately, that air mouse mode sometimes conflicts with the regular way of using the remote with buttons since you might push a button while the cursor is on a different menu item than you intended. Hopefully, VAVA will include an easy way to turn this functionality on or off. 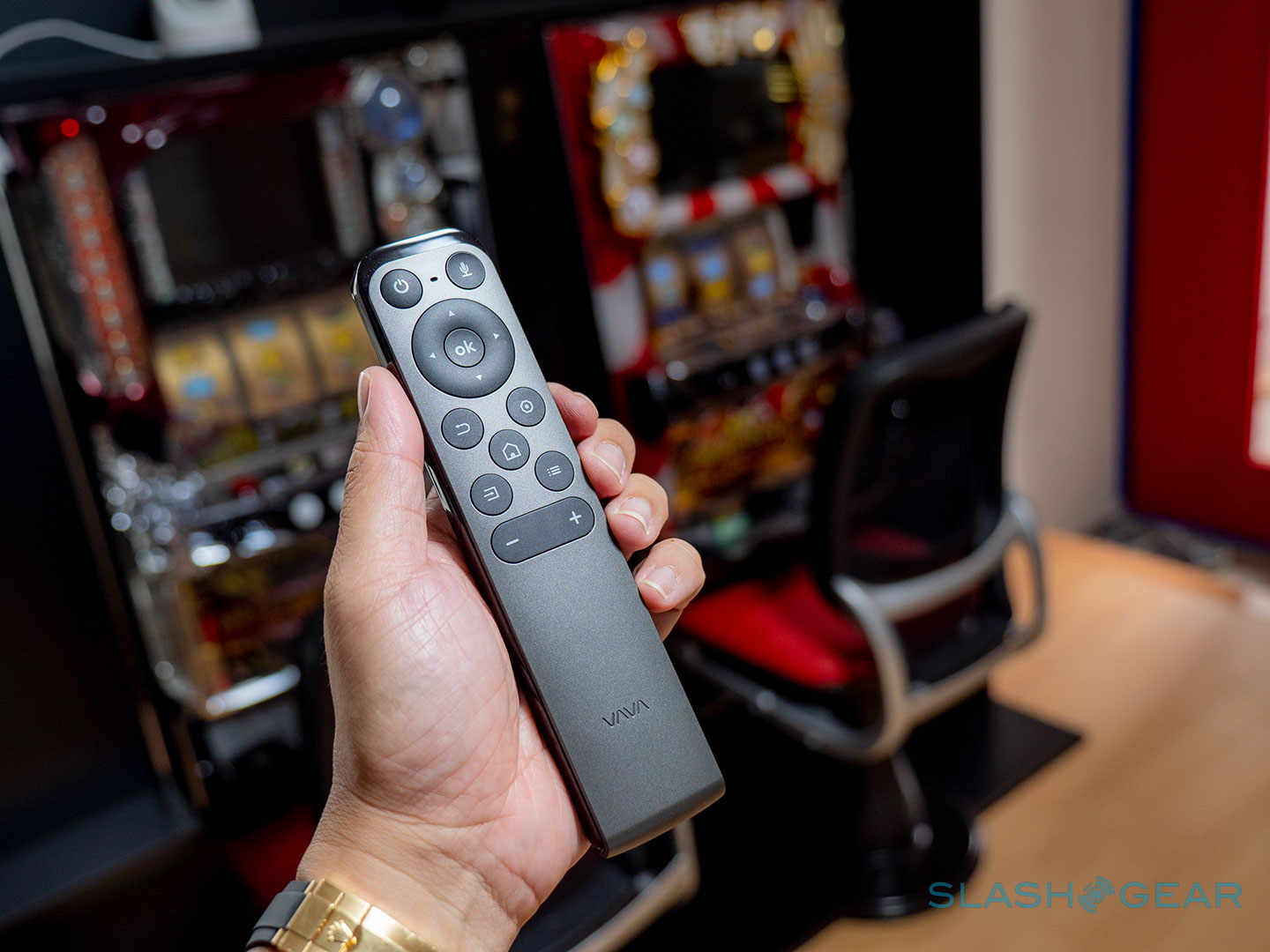 VAVA isn’t a big name in the TV market, having been founded only in 2015, but the Chroma Triple Laser 4K UST Projector can easily put it on the map as a strong competitor to more established brands like Samsung or LG. That triple laser system and ALPD 4.0 definitely perform as advertised, produced bright and vivid images, whether in 4K or 1080p. The built-in ones perform admirably for those without dedicated speakers, and the available apps from its own marketplace can take care of the majority of home entertainment needs. 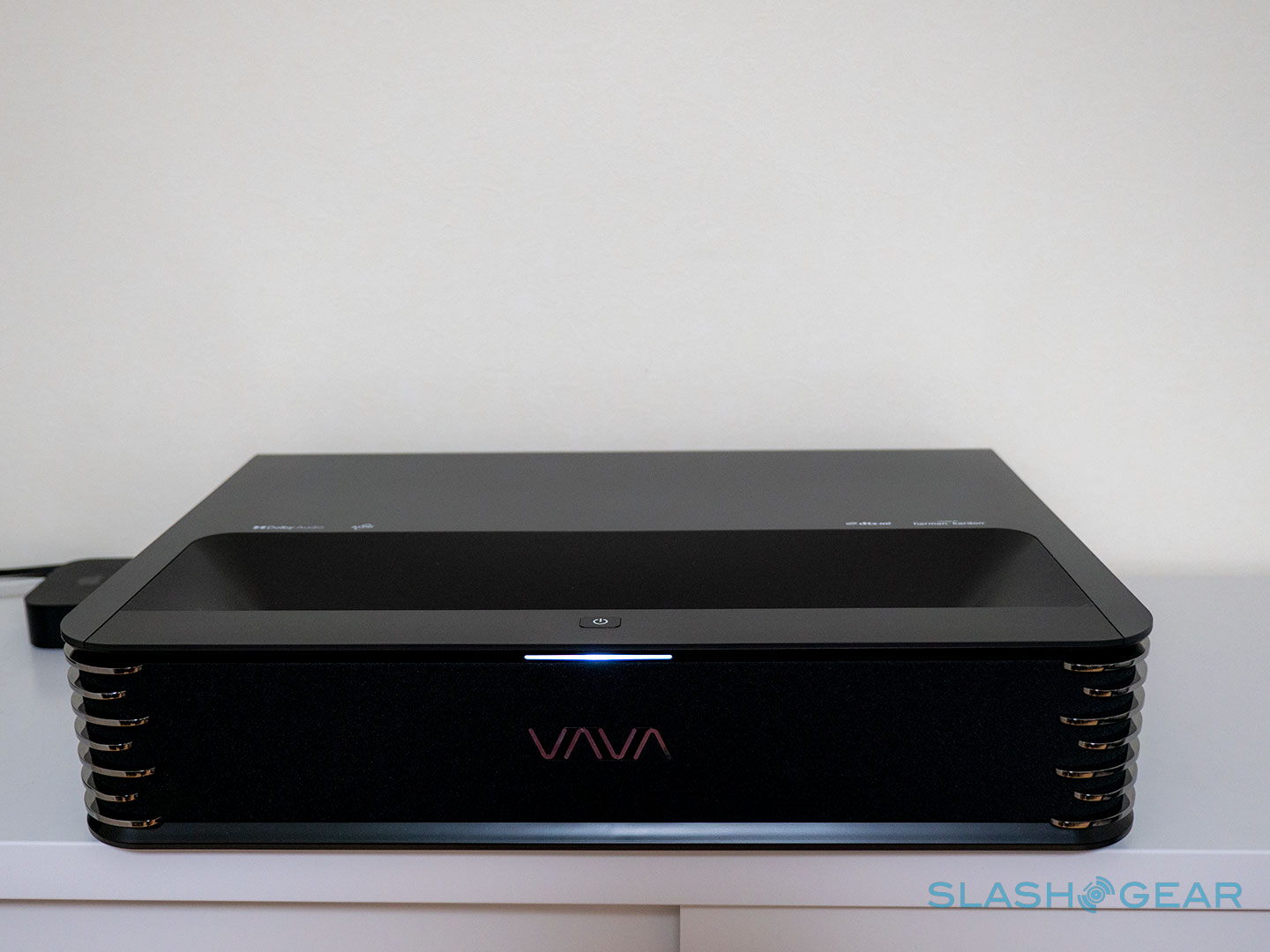 The standard retail price, however, might be a bitter pill to swallow considering such a young brand. Fortunately, the current Indiegogo campaign offers discounts, like a very tempting $2,899 for a very limited number of slots. There are also discounted bundles for the projector and either the 100-inch or the 120-inch screen. Once the pre-order campaign is over, however, the VAVA Chroma will set you back a rather substantial $4,699.