Intel’s Vaunt smart glasses are real, and they’re arguably the most realistic vision of how wearable computing can escape the “Glasshole” reputation. Fruit of the chip-maker’s efforts to develop super-low-power processors for lightweight headsets, they may look like regular fashion frames but there’s a laser surprise hidden inside. Just as important as what Vaunt’s smart glasses can do, though, is the ways in which Intel has tried to circumnavigate its ill-fated predecessors.

We’ve seen attempts at wearable head computers before, and seen them go down in dramatic flames. Google Glass not only failed to give the search company the Android-powered headset success it hoped for, it arguably set the whole segment back after early-adopters were branded “Glassholes” and publicly shamed. Luckily for Vaunt, it seems Intel gave that push-back some serious thought.

It’s fair to say that Glass was an acquired taste, aesthetically. The curving titanium headband, control section in a variety of colors, and asymmetrical form-factor didn’t make much of an effort to blend in. Spending $1,500 to join the Google Glass Explorer program also meant visibly inviting questions about what you were wearing.

Some relished that, but others didn’t want a side order of spectacle to go with their smart spectacles. Even with the most sober black color option, however, Glass was never going to blend in. Partly that was down to Google’s decision not to spread the components across both sides of the headset, either, but to condense them onto one arm instead. 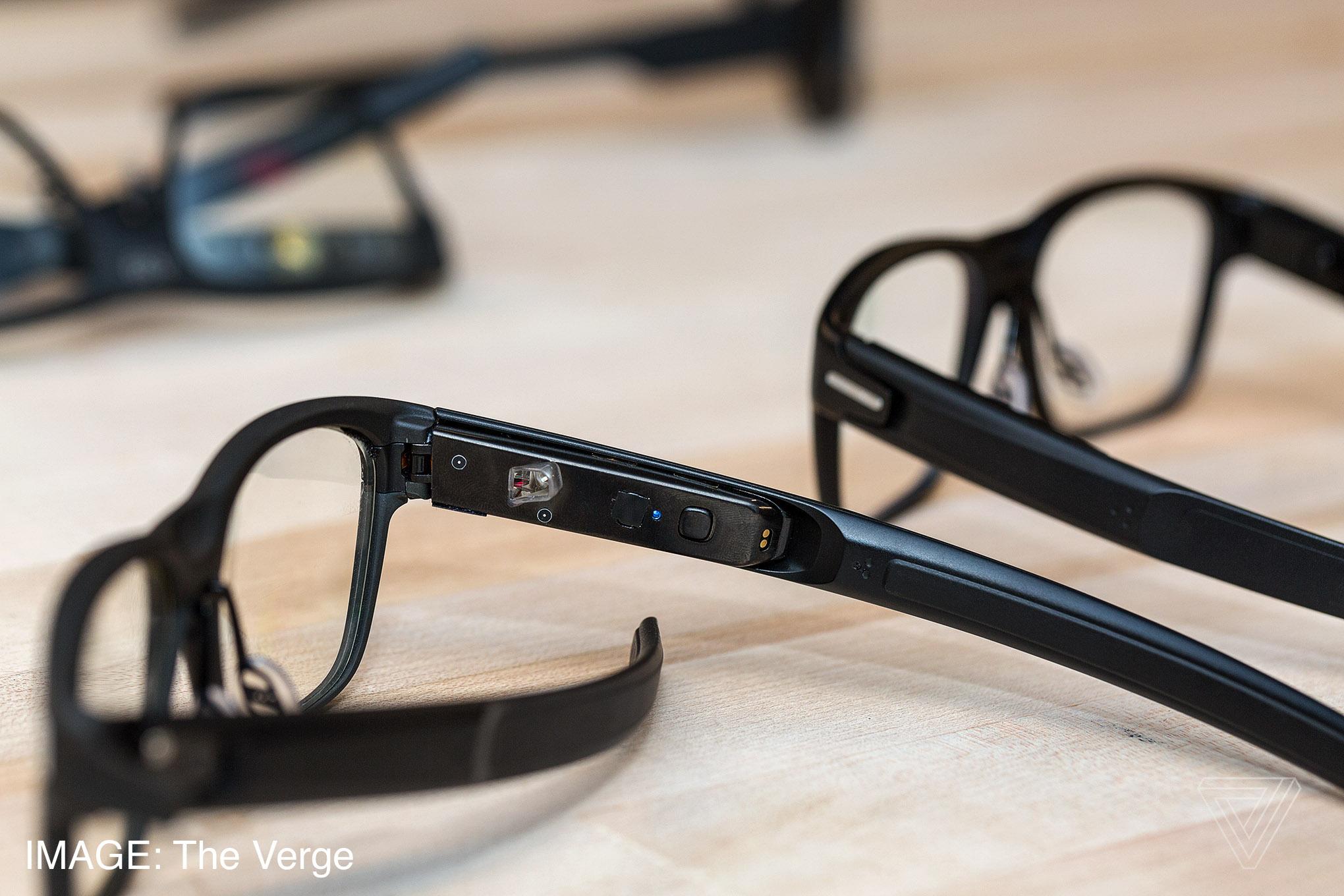 In contrast, Vaunt’s smart glasses border on clandestine. The current prototypes look much like any other fashionable frame, albeit with a little extra chunkiness in the arms where the battery and electronics reside. There’s no floating eyepiece to draw questions, just a discreet red laser on one side. Glass managed to make checking notifications more outlandish and visible than glancing at your smartphone: Vaunt should be a whole lot more surreptitious.

Vaunt left out the camera

If there was one thing which made Google Glass most controversial, it was its forward-facing camera. The lens embedded into the headset was meant to give wearers a way to immortalize the world around them, hands-free. Instead, it ended up sinking the wearable into a privacy nightmare.

For a start there was no obvious indicator that Glass was recording – no red light, only the eyepiece block itself staying illuminated – leading to concerns that wearers might be trying to surreptitiously film people around them. Hacks to enable wink-triggering for taking photos didn’t do much to help that reputation, either. Soon, public venues were announcing Glass bans, forcing owners to choose between socializing or wearing their expensive headset.

Vaunt’s decision not to include a camera at all, therefore, makes a lot of sense. It also has clear power advantages: cameras aren’t the most frugal of components when it comes to the battery taking a hit. That’s another big area of improvement over Glass.

Vaunt should actually last all day

Even if you bought into the idea of Glass, the headset’s battery hardly made it the all-day companion Google was originally pitching. Indeed, with frequent use it could end up requiring a charge after just a morning of wear. A chipset that was fairly old even when Google started using it didn’t help, but in general it was clear that Glass was trying to do too much with too small a battery.

It’s a mistake Intel is looking to avoid, and if the reality lives up to the chip-maker’s early promises, Vaunt could have a huge advantage over rival headsets. According to the company, the smart glasses should last around eighteen hours on a single charge. That’s certainly enough to go through even an intensive work day and into the evening.

Arguably the oddest decision Google made with Glass was to ostracize the cohort of potential users probably most willing to give its headset a try. When Glass launched, it made little accommodation for people who already wore prescription glasses. That’s despite the fact that they’d likely already be the most willing group to give smart glasses a chance. 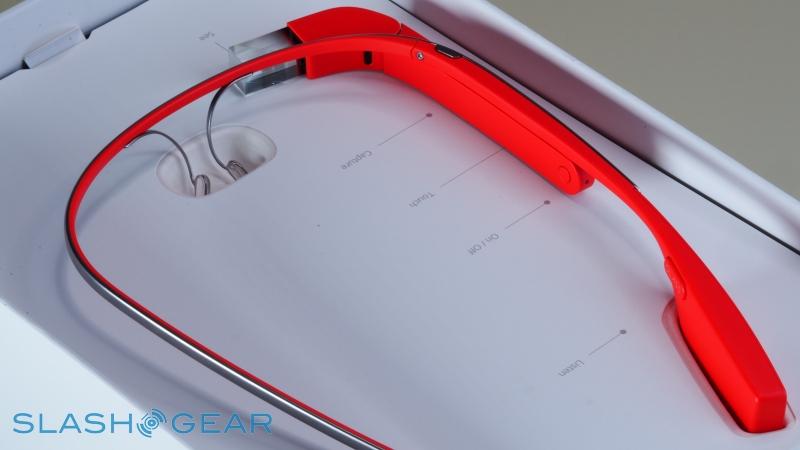 Instead, they had to wait for a year before Google released a limited set of expensive prescription frame options. Even then, it hardly seemed like the Glass team had given much thought to how eyeglass wearers might live with the wearable computer. If the battery died, for example, there was no way to remove Glass from the prescription frames, bar whipping out a tiny screwdriver; even then, you’d be left with a one-armed pair of spectacles.

In contrast, Vaunt’s smart glasses have been designed with prescription eyeglass wearers from the outset. The laser projector system will work with either clear glass or a prescription lens, and the hardware is sufficiently discreet that, even if the battery runs flat, you won’t look entirely ridiculous wearing a bulky headset.

Google’s original concept video for Project Glass was jaw-dropping: we couldn’t believe everything the wearable could do. Turns out that was with good reason, as when the first Glass headsets actually arrived with users, the experience was far from what Google’s glitzy “day in the life” showreel suggested. Rather than true Augmented Reality (AR), Glass effectively offered a hub for notifications along with some video streaming.

Vaunt is being a lot more circumspect about what its smart glasses will be capable of. The monochrome red laser display will use its roughly 400 x 150 resolution window to give notifications and updates. No high-tech overlaying of graphics onto the real-world, or blending digital with physical objects like AR in science fiction movies. Just the cream from your smartphone, piped into your eye-line. 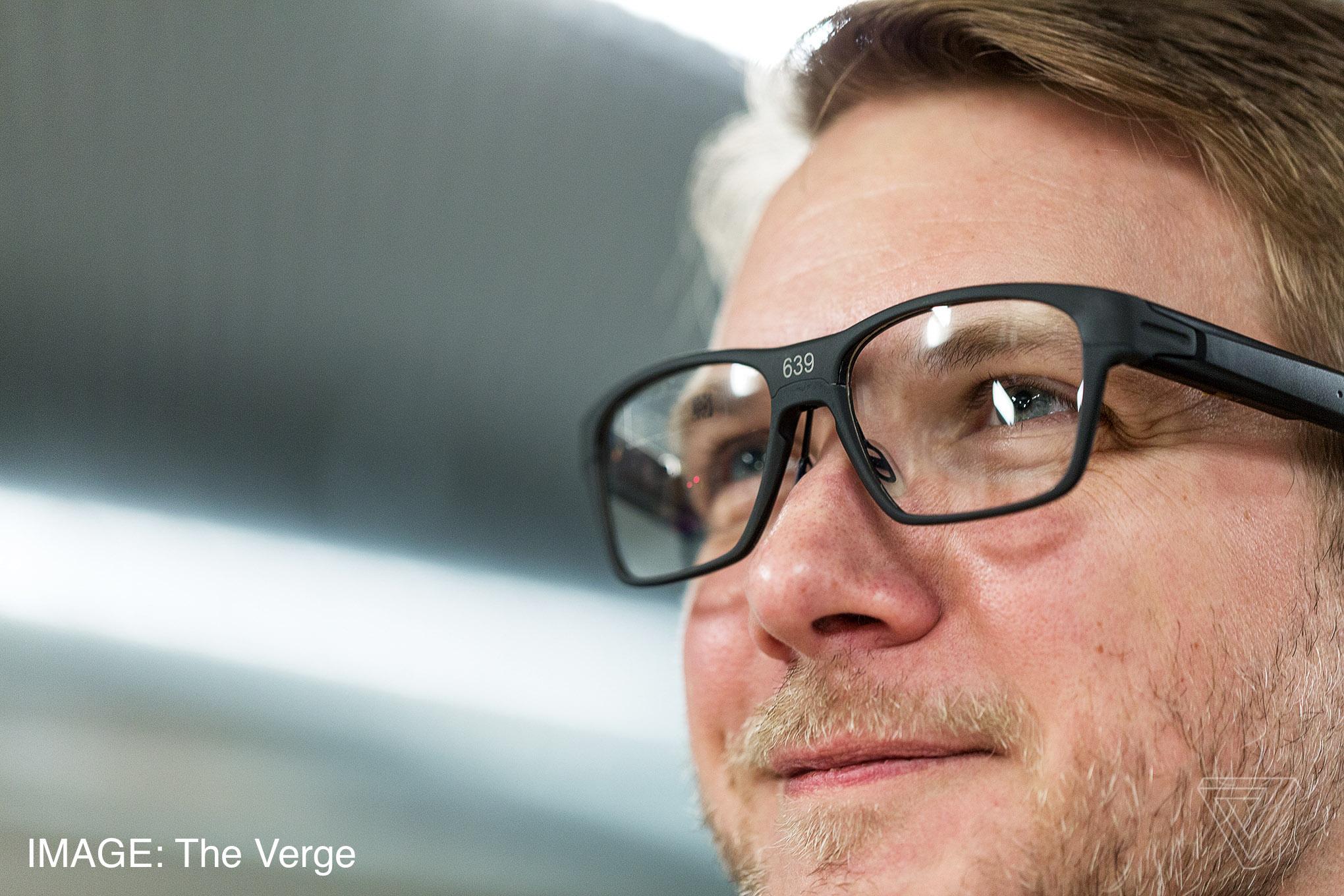 It leaves the magic to apps. Intel apparently envisages a brave new world of artificial intelligence, curating notifications and alerts that are contextually relevant to the wearer, their location, and more. Think along the lines of train schedules automatically being filtered through to your face when you glance at the station, or the next movie times when you’re outside the theater.

Actually achieving that will still take plenty of work: even the most advanced “contextually-aware” assistants, like Google Now, Cortana, and Siri, are still fairly rudimentary. Getting the balance right between too much information and not enough, sufficient customization, and accuracy is going to be a challenge for any developer hoping to make use of smart glasses like Vaunt’s. Still, by under-promising from the get-go, Intel’s wearable suggests that the only way from here is up. 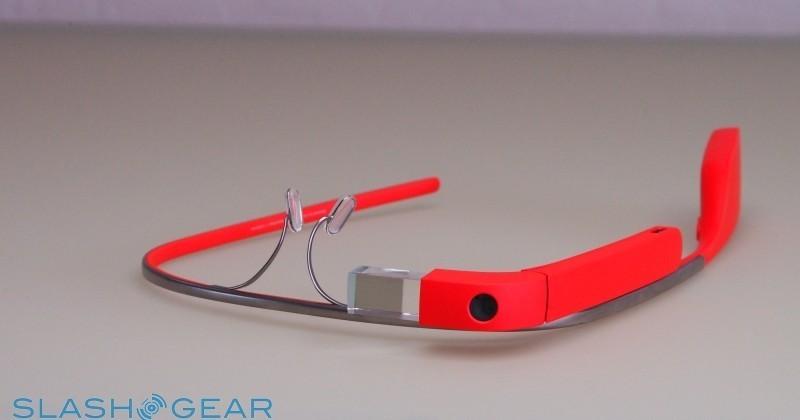 It’s fair to say that smart glasses have a lot of baggage to get past. Whether you put the collapse of Glass in the consumer market down to Google’s hubris, failure to do its homework, or the state of technology at the time – and perhaps all those factors share some portion of the blame – there’s no escaping the fact that the specter of the “Glasshole” lingers over every modern attempt in the segment. With Vaunt, then, Intel has an uphill battle, but at least it has apparently learned the expensive lessons from Google before it. We’ll know more when developer Vaunt glasses go on sale later in 2018.