A group of researchers showed that vampire bats who made friends with other vampire bats in captivity often kept said bonds in the wild. The research was published this week, showing that a combination of extrinsic constraints and intrinsic partner fidelity caused lasting social structures between tested vampire bats. These lasting friendships were shown via such activities as grooming and food sharing.

Now that Halloween is effectively over for another year, it’s time to get in the mood for warm fuzzy feelings for the long winter months ahead. Lucky us, the scientific publication Current Biology just published a research paper by the name of “Vampire Bats that Cooperate in the Lab Maintain Their Social Networks in the Wild”. It would appear that bats can be friends, and are friends, in real life.

The common vampire bat, or Desmodus rotundus, was tested over the course of 22-months of captivity and subsequent tracking. The study included a test of approximately 23 female vampire bats selected from a “large hollow tree” that contained approximately 200 vampire bats in the wild.

Before collecting said bats, scientists recorded observations on social cooperation sampled in wild roosts. They measured how close each bat was with another with Pearson’s correlation (as you’ll see in the graphs in this article from the research paper) averaged across days. The averages showed three elements of dyadic association: kinship, grooming, and food-sharing.

NOTE: Kinship, especially specifically in this case, means blood relations. For example they assigned a kinship of 0.5 for known mother-offspring dyads in the charts shown here. 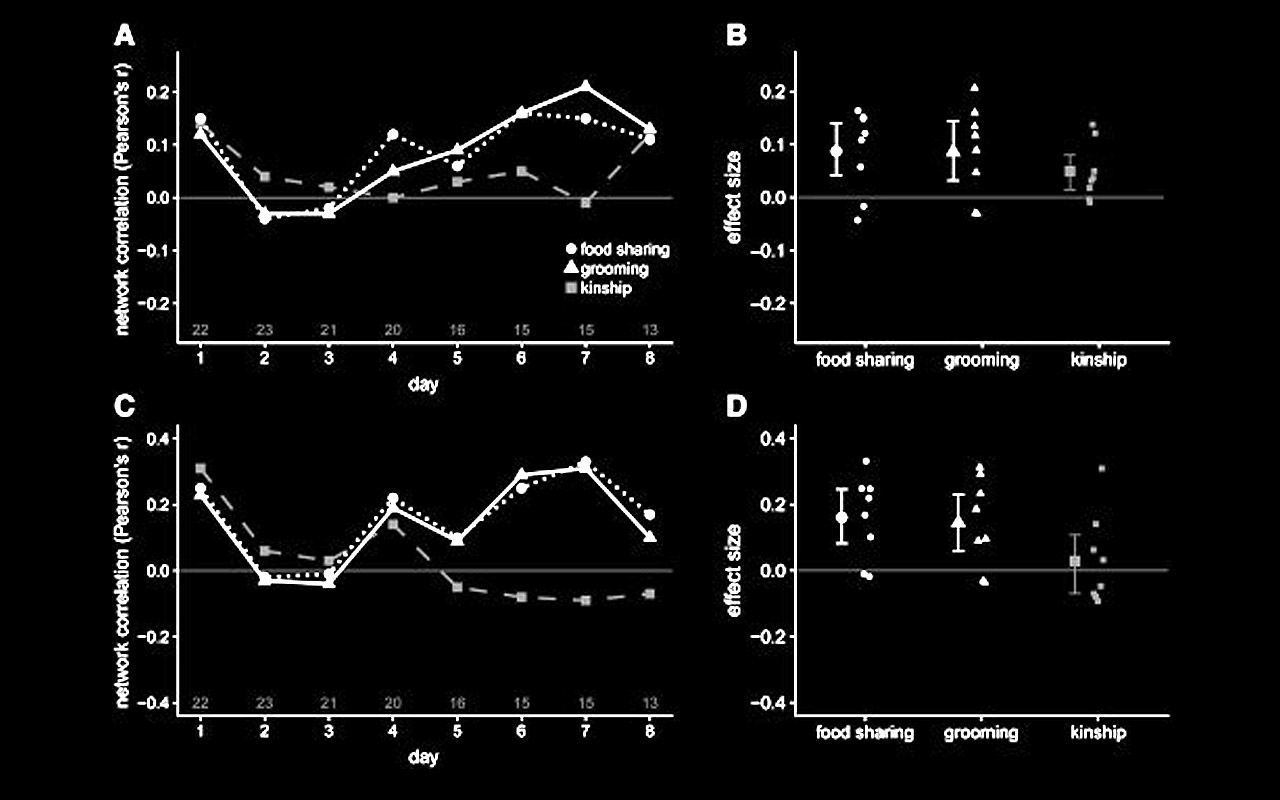 Bats were tracked once released into the wild with custom-made high-resolution proximity sensors. Using collected during all of these periods, the researchers showed that cooperative relationships between vampire bats in captivity can predict roosting proximity in the wild.

To learn more about this study, check on the paper “Vampire Bats that Cooperate in the Lab Maintain Their Social Networks in the Wild.” This paper can be found with code DOI:10.1016/j.cub.2019.10.024. This paper was authored by Simon P. Ripperger, Gerald G. Carter, Niklas Duda, Jineth, Berrío-Martínez, Rachel A. Page, Frieder Mayer, et. al., and was published by Current Biology on October 31, 2019.