A new set of controllers appears to be making their way into the fold at Steam Dev Days this week. In a development chat a slide was shown picturing a number of controllers, including some of the first controllers made for the HTC VIVE and a couple we’ve never seen before. While generally we’d write something like this off as previously developed hardware – before the product out already – it’s been reported that the final (preview) product is somewhere at the event, live and in person.

A keynote speech about – what else – Virtual Reality was held today in which Valve showed off a set of prototypes. In the image above, you’ll see four different units. On the left is a Steam Controller with “bunny ears” attached to it. These ears are very likely connected to the VIVE’s room-scale tracking (with lighthouse tracking), which would allow the controller itself to appear in whichever game or app it’s meant to control, just like the standard VIVE controllers. 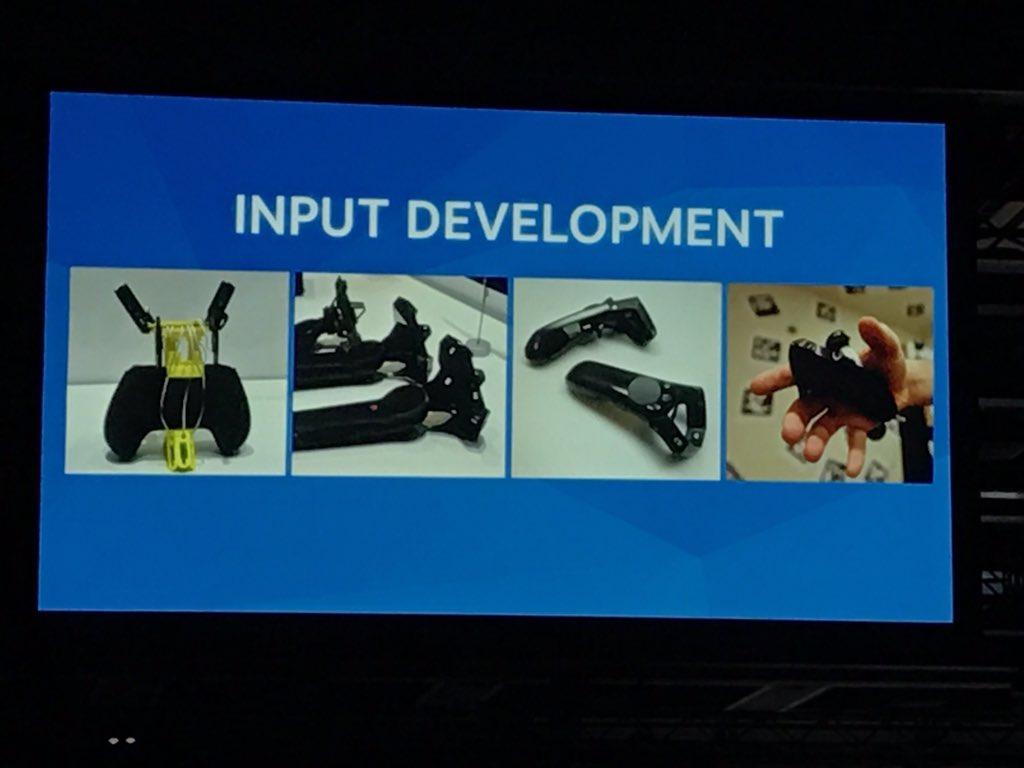 According to Upload VR, its possible that one of these prototypes could “allow for a more realistic grasping sensation.”

Next in line is a set of pre-release first-wave demo unit VIVE controllers. Those amongst the first to get a demo of the VIVE when it was first shown by Valve and HTC saw – and possibly used – these controllers at that time. They work essentially the same as the standard controllers that come with the basic VIVE device today.

Third is a set of controllers we’ve not yet seen. These could very well be the next generation in VIVE wireless controllers for VR, complete with enhanced tracking and control assortment. They might also be a bit lighter, by the look of the size of them.

Finally there’s a controller that resembles a Wii joystick controller. It would not be crazy to assume this is part of a two-controller setup, one that works with more physical control parts than the current controller which uses a touchpad. 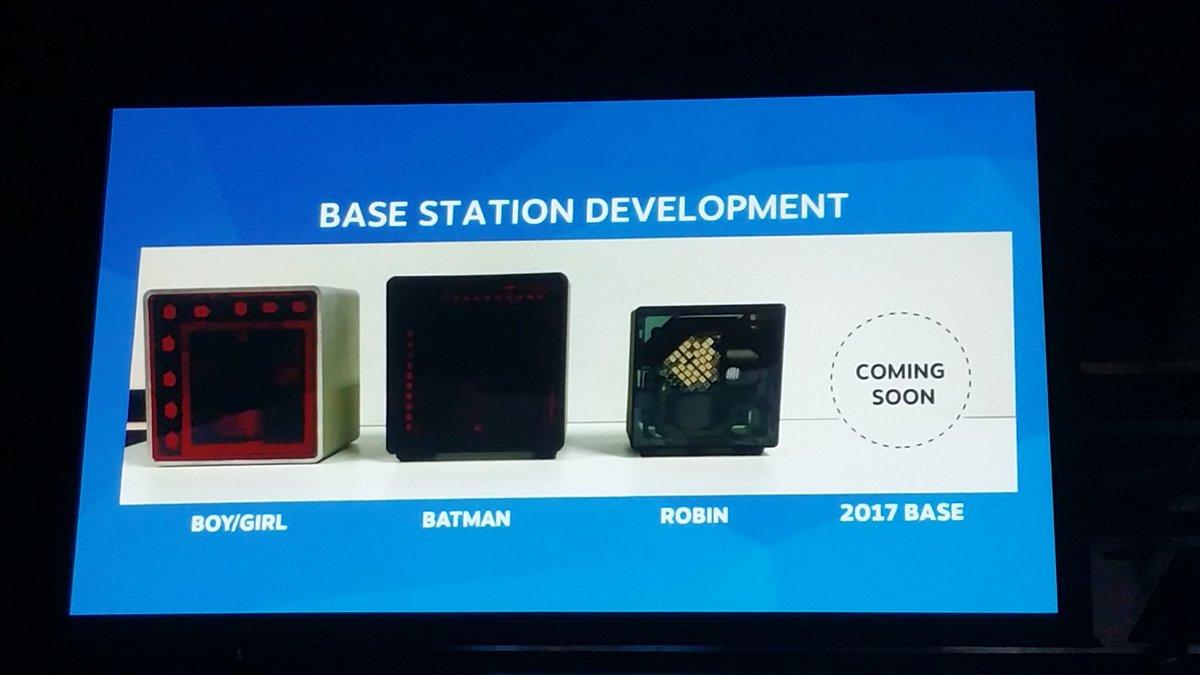 This same event showed a slide with a line of lighthouse sensors showing the development of the outer bits of the units. It’s clear here that there’ll be a new lighthouse unit in 2017 – be it behind the scenes for Valve and developer use, or ready for sale as a refresh of the whole VIVE system.