Valve’s Big Picture mode, putting Steam on your TV, launches today with a new interface suitable for turning a PC into a console competitor. Set to go live later today, Big Picture mode switches the existing Steam UI into one with oversized fonts, icons, and menus, Kotaku reports, for the convenience of the Xbox 360 Dashboard with the flexibility and potential for expansion that PC gaming is known for.

Big Picture mode can be set to load by default, as soon as the PC is switched on, for ease of use with dedicated gaming computers; alternatively, it can be toggled on and off from the regular Steam interface. A new onscreen keyboard – shaped more like a flower, and navigated via a thumbstick and colored buttons – is joined by a web browser intended to be usable even when you’re sat several feet away, on your couch; the Steam store is also accessible. 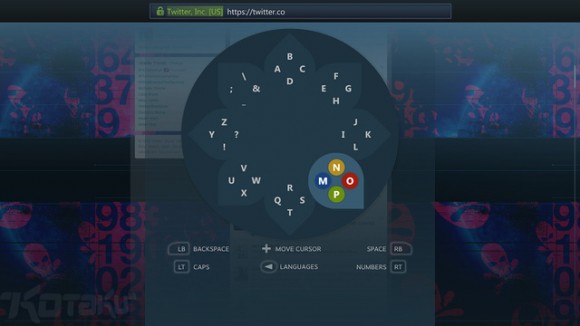 “What we really want is to ship [Big Picture mode] and then learn. So we want to find out what people value about that. How they make use of it. When they make use of it. Whether it’s even a good idea for the broadest set of customers or not. And then decide what to do next. So it could be that the thing that really makes sense is to build [our own hardware]. But we really don’t have a road map. And we think we’re going to learn a tremendous amount through this first release” Greg Coomer, Big Picture mode lead, Valve

What Valve isn’t giving gamers right now is a Steam console or a dedicated own-brand PC. That’s not to say it’s off the table, just that the company isn’t expecting to do that any time soon; interestingly, job adverts for a gaming hardware specialist were spotted from Valve earlier this month.

For the launch, though, gamers will be expected to make their own choices of controlling hardware, whether that be a regular keyboard and mouse, a wireless gamepad, or something else. Valve’s team will be watching closely, with future versions of Big Picture mode developing in line with how early-adopters use it.