Using your phone to wake up rested in the morning

There’s an app by the name of “Sleep Cycle” that takes the prospect of waking up every morning completely refreshed and aims to make it a reality. All you need is a smartphone with an accelerometer to make it work – and you need the app too, of course, which will cost you a couple of bucks. We’re here to tell you that it’s worth the cash – based on our first few tries with the setup, that is to say.

Sleep Cycle has been out for iOS for quite some time, and has been released for Android just today. We’ve used this app with an iPhone 5 for a couple of weeks, and we’re set up to check more than one model Android device in the near future.

You take your phone – iPhones, Android phones of most kinds, and you set it up to wake between two time periods. If you need to be up by 8AM, you’ll set Sleep Cycle for an “Alarm 7:30 – 8:00 AM.” From there, you take your phone and set it under your sheets above your head. 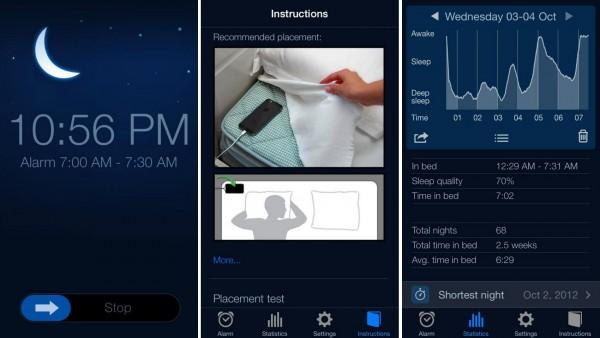 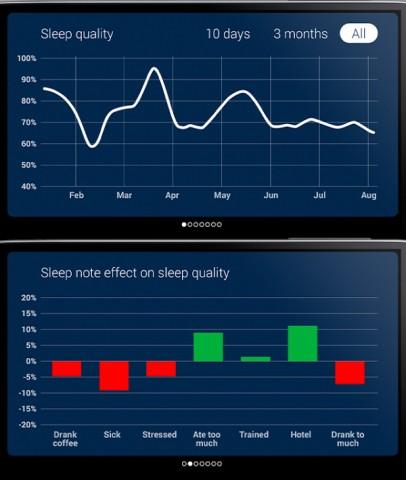 Several apps exist with very similar functionality to Sleep Cycle. You’ll also want to check out Sleep as Android which can also brings Philips Hue smart light integration and functionality with your Pebble smartwatch. Sleep as Android has very similar sleep tracking to Sleep Cycle and works with wake up verification, including a number of possible wake-up certifiers. Using technology like NFC tags and QR code scans, you’ll have to check in before your alarm turns off. Sleep as Android is also free for 2-weeks at which point you’ll have to pay a small fee to keep its abilities

Another free app for Android – free from start to finish – is Sleep Time by Azumio. This app has official Sleep Lab sleep cycle analysis, history of sleep cycles – like the other apps above – and simple alarm set with 20 built-in sounds. Sleep Time Alarm Clock is what it’s called on Google Play, simplest of the three.