USB-C could kill Lightning, but Apple can’t afford it

Apple could technically kill off Lightning on the iPhone and still maintain an iron-fisted grip over its MFi program, but the outcry over a switch to USB-C might prove too costly for it to happen today. With the arrival of the new MacBook Pro there’s been no shortage of commentary about the ports you’ll find on your Apple smartphone versus those you now get on your Apple notebook, and a fair amount of that has not been flattering. The “Made For iPhone/iPod/iPad” MFi program has been blamed by many for that disparity, but it may not be quite the culprit it’s accused of being.

You have to go back in time a few years to understand the port palaver Apple currently finds itself in. USB Type-C has arrived far too late for the iPhone 5: in 2012, when Apple announced it would switch from the 30-pin dock connector to Lightning, the generic USB plug was microUSB. That had a number of disadvantages compared to Apple’s homegrown connector.

For consumers, the most obvious advantage was its reversibility. Lighting, unlike microUSB, could be plugged in either way up, meaning less fumbling as you’re trying to charge your iPhone without turning on the light on your nightstand. It was also considerably smaller, which allowed Apple to save on space and make the thinner devices consumers were asking for.

For Apple, though, one big consideration was Lightning’s support for the MFi program. Without it, the Cupertino firm couldn’t control the aftermarket accessory ecosystem that has proved so lucrative: chargers, docks, speakers, peripherals, and more. Manufacturers of those must cough up a tithe and include Apple’s MFi chip to ensure the iPhone and iPad gives the green-light when they’re connected.

Times change, though, and now USB has not only a retort to Lightning, but many improvements over it. USB Type-C has, as a connector, the same reversibility advantage as Lighting did; it supports data, video, and power – the latter at significantly higher wattages – and is bidirectional. It can also be used for both USB 3.1, as on the 12-inch MacBook, and Thunderbolt 3, as on the new late-2016 MacBook Pro range.

As we’ve seen with the latest Apple notebooks, the company isn’t just dipping a toe in with Thunderbolt 3 and USB Type-C, but embracing it wholeheartedly. It’s not hard to understand why, either: it allows for thinner devices, more flexibility in how ports are used, and is – at 40 Gbps, on paper at least – the fastest consumer interconnect around right now. Half-hearted would’ve been including a couple of Thunderbolt 3 ports on the new MacBook Pro but keeping legacy USB Type-A, perhaps, too: instead, Apple dove in all the way. 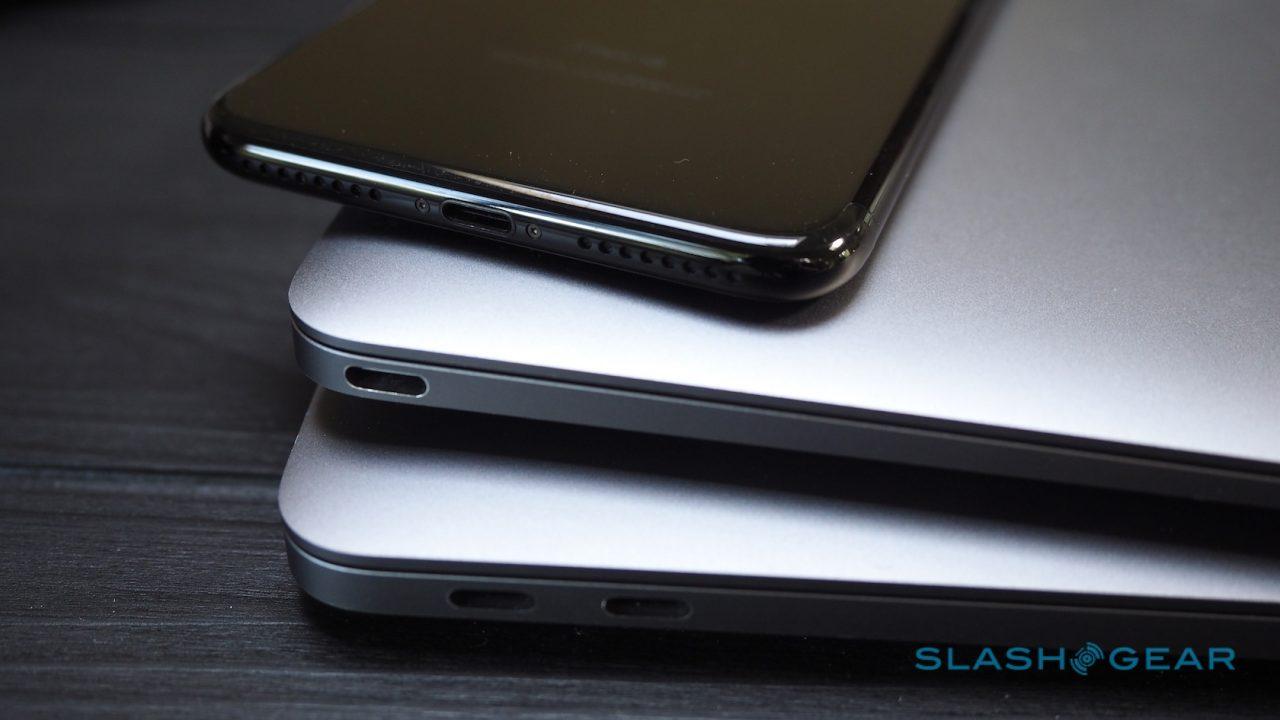 That’s only drawn attention to the fact that the port of choice on Mac is now very different from the port of choice on iPhone. Much has been made of the fact that you need to buy a new cable (or adapter) in order to physically connect your new MacBook Pro to your new iPhone 7. Even with Apple pushing wireless sync, either to iTunes on a computer or to iCloud, that disparity is still fairly embarrassing.

Why can’t the iPhone have USB Type-C too? The assumption by many is that it’s an control-freak thing: Apple refuses to give up on its stranglehold on third-party accessory makers.

However, the technology for Apple to resurrect the MFi program only using USB Type-C rather than Lightning already exists. In fact, it’s baked into the USB Type-C specification itself. And, before you start accusing the USB 3.0 Promoter Group of being anti-consumer, the whole point of adding the system in was to protect end-users from potentially damaging their phones, tablets, laptops, and other devices.

It’s called the Universal Serial Bus Type-C Authentication Specification, and it was introduced in March 2016 as a way of preventing possibly nefarious accessories from damaging or infecting USB-C hardware. Security researchers had already demonstrated how an ill-intentioned device – or even a cable – plugged into the USB-C port of a device could install malware or extract data. Even easier, but more destructive, it could simply blast the victim device with more power than it was rated for: after all, Type-C theoretically supports up to 100W, though only with the right cable.

The Authentication Specification helps avoid that, by validating the accessory device either via a USB Power Delivery message or a USB data bus control message. In short, if you plug in something non-compliant, the host device can refuse to work with it. However, it also allows organizations to select what will and won’t work.

That might be an enterprise limit on unverified USB storage being mounted by a company-issued laptop. The specification covers signing of products “owned and controlled by a particular organization” but also “of a particular type from a particular manufacturer with particular characteristics.” Product designers can also add to the specification if they so wish.

So, at least in theory, Apple could reboot the MFi program using USB Type-C Authentication, and force accessory-makers to cough up for signing if they want to work properly with future iOS devices. However, there’s a big gulf between something being technically possible, and it being practical in the real world.

It’s easy to forget the furore around the demise of 30-pin Dock Connector. It had been a fact of iOS life since the original iPhone, iPad, and iPod touch, and when Apple decided it wanted to reclaim some of the space it monopolized, many consumers were livid. Several years-worth of accumulated accessories were made incompatible without adapters; spare chargers and car docks were suddenly unfriendly, just because you’d upgraded to the newest iPhone.

At the time, Apple pointed to the myriad advantages Lightning offered over its chunkier predecessor, and that – along with the Cupertino firm’s usual bulldozing – proved enough to cement the new connector as the fresh status-quo. Now, indeed, it’s hard to imagine a time when such a vast plug was normal. Unfortunately, the argument for switching from Lightning to USB Type-C is a trickier thing to make stick.

You can’t really pitch a size improvement, as the two are about the same, and both plugs are reversible. Certainly, there’d be no huge increase in battery size supported as a result, or a dramatically thinner device, either of which would be an easy pitch. Apple added USB 3.0 support on the larger iPad Pro, and though it’s not ubiquitous across every iOS device, it means there’s no significant speed improvement it can emphasize for changing to Type-C either. 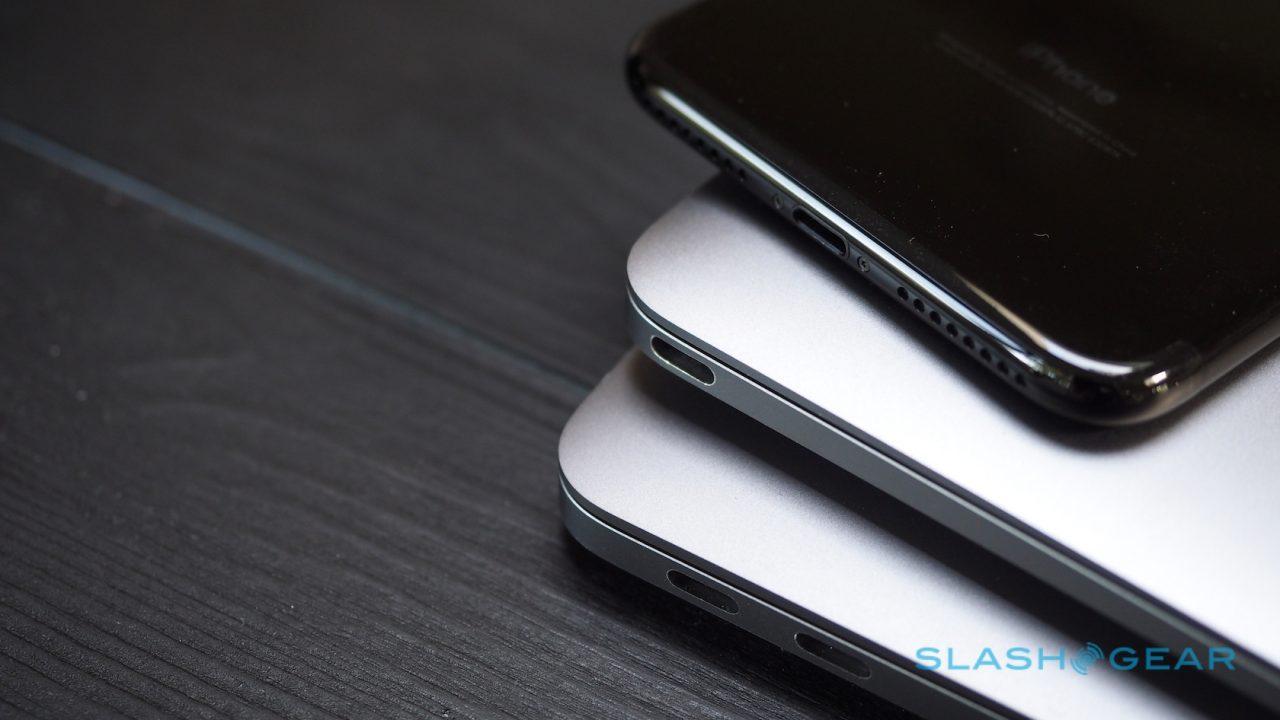 That leaves compatibility with the charger for your new MacBook Pro, and certainly it’s convenient to be able to power a number of devices with a single cable. Problem is, the Mac audience is much smaller than the iPhone audience: many of the people in the latter cohort don’t have a Mac at all, never mind a brand new MacBook Pro costing $1.5k or more. It’d be handy for those with the budget to live on the cutting edge, but that’s a drop in the relative ocean of overall iPhone buyers.

In short, the arguments for making another change in iPhone and iPad port “only” four or so years from the last huge change just aren’t as compelling as they’d need to be to pacify users. And, while the technology to corral the third-party accessory market is there, it’s unclear just how much traction Apple would get with those manufacturers, and indeed iPhone fans suddenly discovering that – once again – their peripherals aren’t compatible.

Against all that, a $19 USB-C to Lightning cable, or even a nine dollar USB-C to USB adapter and the Lightning cable which came with the iPhone, start to sound a lot more practical. Apple may have early-adopted itself into a Lightning hangover, but it’s one that looks unlikely to pass any time soon. The technology might be there, but user temperament certainly isn’t.