The United States Consumer Product Safety Commission was put in a position this week where they needed to issue a warning to citizens. May 12, 2021, at 9AM, the USCPSC released a warning: “Do not fill plastic bags with gasoline.” The followed up with another warning: “Use only containers approved for fuel.” Why, you might wonder, would anyone EVER fill a plastic bag full of gasoline?

A gas pipeline hack this week lead to panic buying at gas stations on the East Coast of the United States. The ransomware attack struck Colonial Pipeline last week and the company was forced to temporarily close on Friday (the 7th of May, 2021). News was shared, and lines started to form.

Colonial Pipeline shared that they expect to return to normal operations this week – but that did not deter panic buyers. Some users have gone to such extremes that they decided to head to the gas station with extremely unsafe gasoline… containers.

We know this sounds simple, but when people get desperate they stop thinking clearly. They take risks that can have deadly consequences. If you know someone who is thinking about bringing a container not meant for fuel to get gas, please let them know it's dangerous. 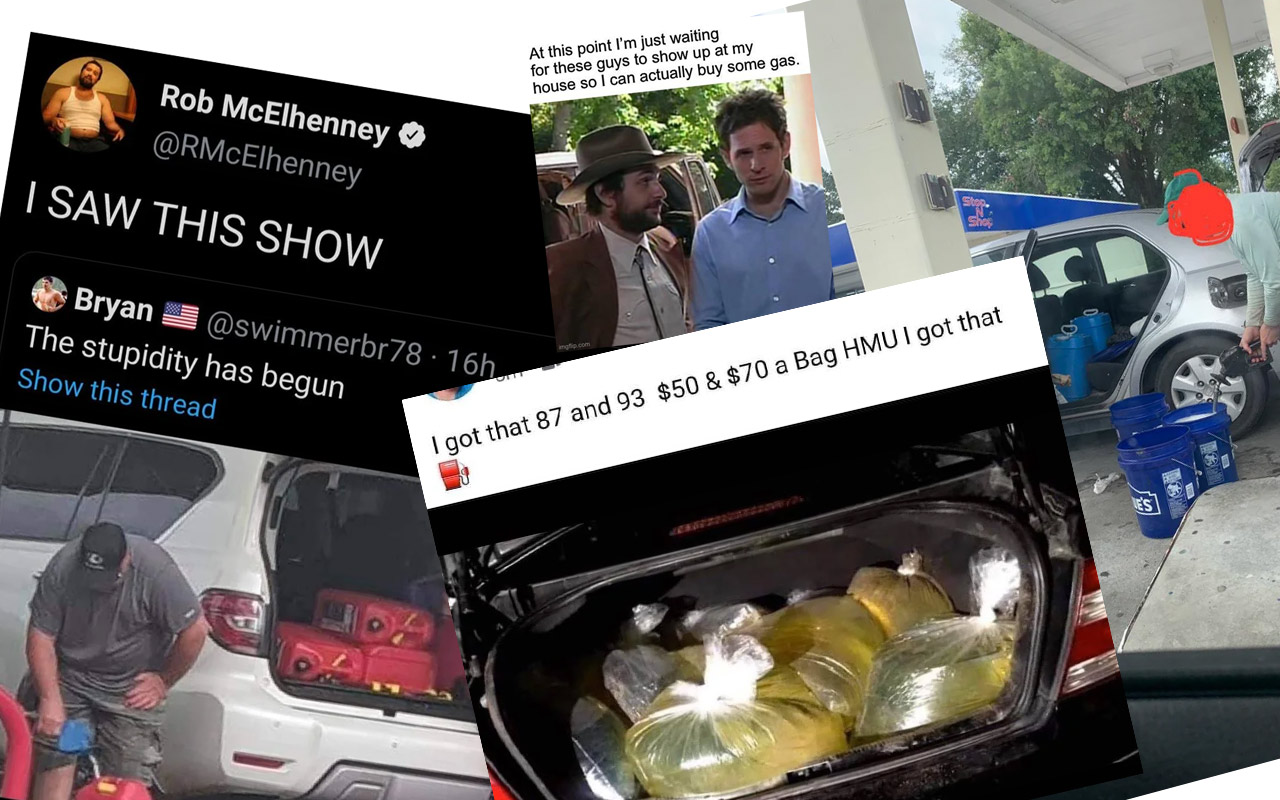 Meanwhile, fans of the television show It’s Always Sunny in Philadelphia were reminded of the episode “The Gang Solves The Gas Crisis” – an episode in which the main characters fill large plastic containers full of gasoline at a gas station with plans to sell said gas for higher prices at a later date. It’s unfortunate that here, in the year 2021, that real people are in need of a warning that gasoline should not be stored in containers not intended for the containment and transport of gasoline.

This Sunny episode does leave viewers with several lessons, including one on the futility of filling non-gas containers with fuel, and having a difficult time of then sending said fuel to a vehicle’s gas tank. The episode ends with an out-of-control van filled with buckets of gasoline crashing into another vehicle, resulting in a massive fireball and what would likely be thousands or hundreds-of-thousands of dollars worth of damage in the process. The USCPSC urges you to avoid this whole mess.