In the near future, the Army could be getting a futuristic weapons upgrade: ray guns. The electric guns are said to be in testing right now by the United States Army, and their purpose would be to disable electronics when soldiers are out on the battlefield. Though they’re futuristic in nature, they don’t look like cheesy ray guns from classic sci-fi movies. Rather, they’re standard M4 rifles with antennas jutting from the barrel, with the entire attachment being called the “Burke Pulser”.

According to Defense One, the Army is testing so-called “electricity guns” that feature two antennas that jut from the barrel and spread open into a musket-esque shape. The contraption was detailed by US Army Armament Research’s electronics engineer James E. Burke, who recently spoke about the weapon. You can see an example of what it looks like in the slide below. 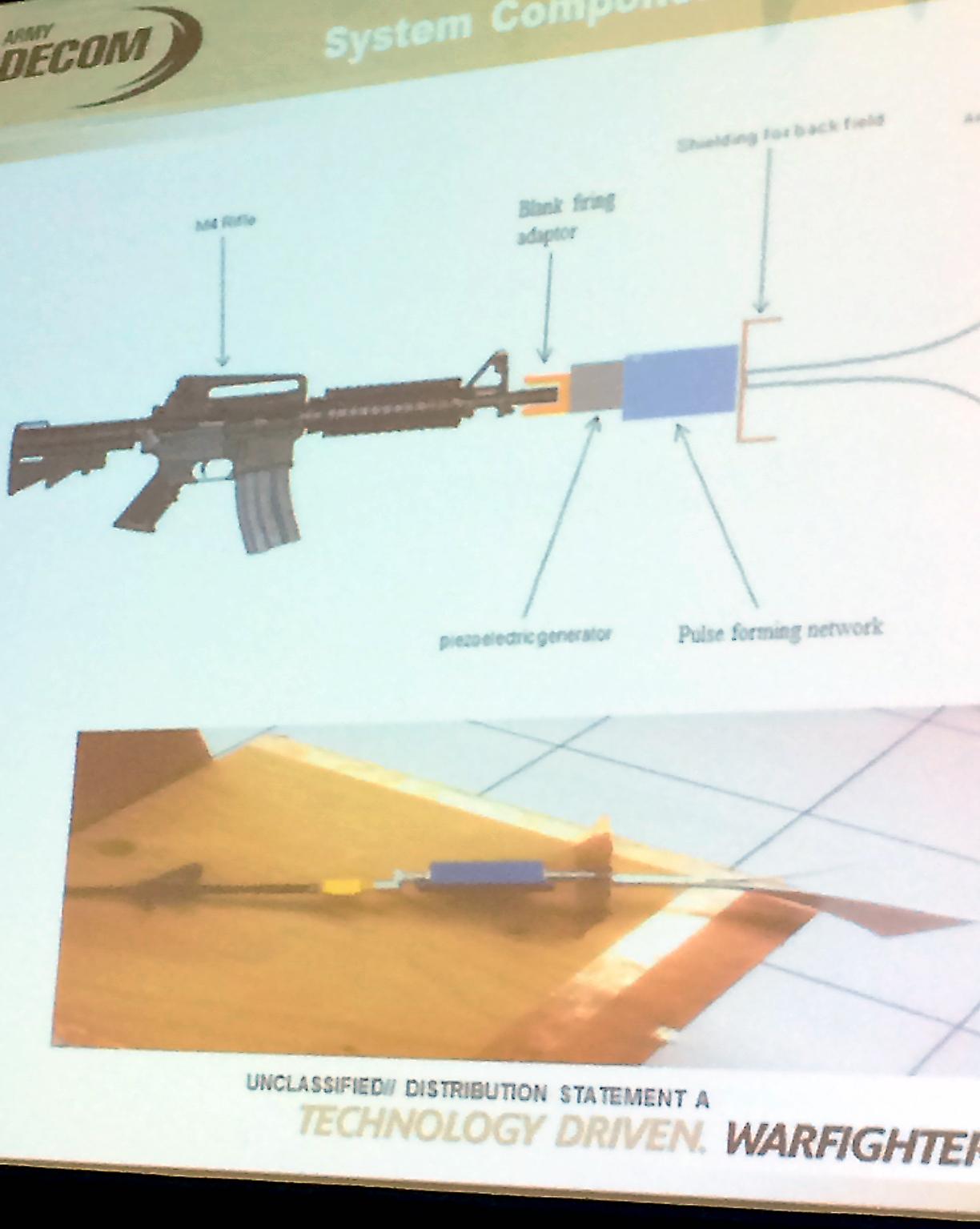 The Burke Pulser features two antennas and a piezoelectric generator, primarily, the latter of which is involved in harnessing the energy that results when the rifle is fired. That energy is converted into electrical pulses. There’s a blast shield of sorts on the Pulser, which protects the soldier who is firing the weapon.

The Burke Pulser is said to attach to an M4 rifle the same way a standard-issue suppressor does. With it, soldiers in the field could disable electronic devices they come across, such as IEDs with Bluetooth components. Should the attachments be developed, they would cost under $1000/ea to produce on the mass level.