UFOs, national security, and what we know ahead of next week’s report

Last year’s biggest joke has seemingly become a reality this year: aliens haven’t invaded, but it seems there are UFOs flying around the sky around the globe and no one knows what they are. The public has been anticipating an unclassified report on the phenomenon for the past half-year and their patience has nearly paid off. The report is scheduled to be published next week, but we’ve already seen some major details drop.

The unclassified report on UFOs, which the government calls UAPs, is scheduled to be released on or before June 25. However, some members of Congress were given a private briefing on the matter yesterday, prompting comments that are both exciting and disappointing. The briefing follows multiple released videos allegedly showing unidentified aerial phenomena, some of which have prompted criticism over their blurry, grainy nature.

According to some of the politicians who participated in the private briefing, the information provided wasn’t terribly exciting, but it did raise some questions about national security and introduce at least some members to things they didn’t know before. 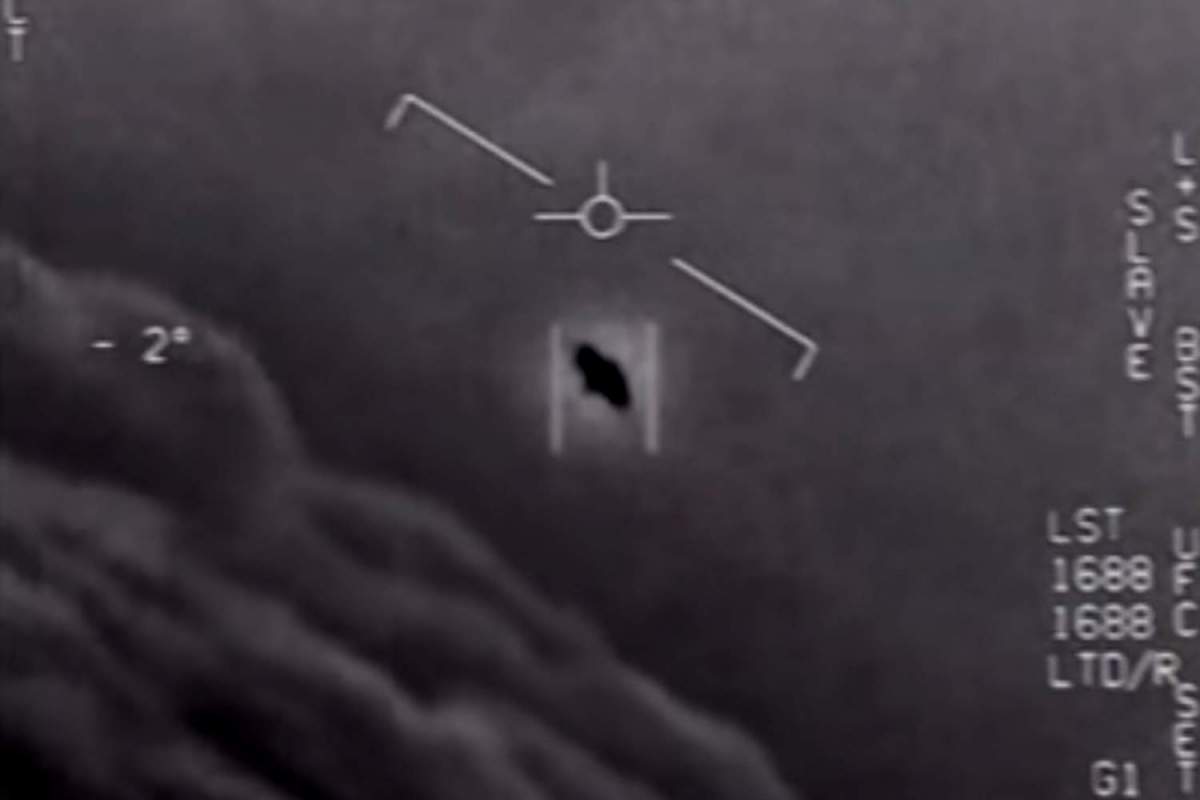 In a statement to the NY Post following the briefing, D-NY Rep. Sean Patrick Maloney said:

We take the issue of unexplained aerial phenomena seriously to the extent that we’re dealing with the safety and security of US military personnel or the national security interests of the United States, so we want to know what we’re dealing with. I think it’s important to understand that there are legitimate questions involving the safety and security of our personnel, and in our operations and in our sensitive activities, and we all know that there’s [a] proliferation of technologies out there. We need to understand the space a little bit better.

A number of other politicians reinforced the national security aspect of the briefing and phenomenon, but it doesn’t seem anything too mind-boggling was reveal during the meeting. D-Vt Rep. Peter Welch told the NY Post that he wasn’t ‘on the edge’ of his seat regarding the information provided, disappointing some who have taken his statement as evidence that the report won’t reveal anything new.

Perhaps the biggest video to catch the general public’s attention this year was a recent 60 Minutes interview involving Luis Elizondo, former director of the Advanced Aerospace Threat Identification Program (AATIP). The interview followed months of video releases, increasingly unusual statements, and the ultimate declaration that UFOs are real and no one knows what they are.

Last month, former President Obama fueled the flames in response to a question on The Late Late Show with James Corden. Reggie Watts asked the former POTUS about UFOs, prompting Obama to respond, “When it comes to aliens, there are some things I just can’t tell you on air.”

Obama went on to explain that while he isn’t aware of any lab containing alien specimens and spaceships, he did say in a fairly serious tone:

But what is true, and I’m actually being serious here, there is footage and records of objects in the skies that we don’t know exactly what they are. We can’t explain how they move, their trajectory, they did not have an easily explainable pattern. And so I think that people still take seriously trying to investigate and figure out what that is. But I have nothing to report to you today.

This isn’t the first time Obama has answered a question about aliens, but it is the first time he spoke at such length about the peripheral topic of UFOs and in such a serious tone. Other former government officials have also chimed in with similar claims, including former CIA directors John Brennan and James Woolsey, as well as the former director of national intelligence John Ratcliffe.

Then, of course, there are the three declassified Navy videos showing what are allegedly UFOs/UAPs first released a few years ago:

Back in April, another video was released showing what is alleged to be a UAP in the shape of a large orb near a US Navy military ship positioned around San Diego. The object is filmed eventually descending into the ocean where it seemingly disappeared into the water:

Though some politicians’ comments about the briefing deflated hopes among enthusiasts, it seems the report may only be the start of something larger. Over the past several weeks, popular intellectual and neuroscientist Sam Harris has made some interesting statements claiming that he was approached to help disclose the phenomenon to the public.

In a post on his Trail of Saucers account, David Bates made note of all three unusual statements from Harris, each of which was given during different podcast interviews. According to Harris, someone close to or in the US government had contacted him about the UFO phenomenon, indicating that it is ‘alien’ in nature and that he can play a role in helping the public understand the matter.

During his time on the Lex Fridman Podcast last month, Harris revealed that he’d been approached, suggesting that he isn’t the only one:

I’ve received some private outreach, and perhaps you have, I know other people in our orbit have, people who are claiming that the government has known much more about UFOs than they have let on until now, and this conversation is actually about to become more prominent, and … whoever is left standing when the music stops, it’s not going to be a comfortable position to be in as a super rigorous scientific skeptic who’s been saying there’s no there there for the last 75 years.

Harris also touched on some seemingly far-fetched aspects of the phenomenon, indicating that it may not only be non-human in nature, but that the driving force behind it may have had ongoing involvement with humans for decades:

But the … what is being promised here is a disclosure that is frankly, either the most alarming or the most interesting thing in the world, depending on how you take it, but it’s not a representation of the facts that will give scientific skeptics any comfort, and that’s just … we’re faced with the prospect of having to apologize to the people we’ve been laughing at for the last fifty years who have been alleging that they’ve been abducted or that cattle have been anally probed, pick your punch line.

It’s hard to say what the government’s UAP report will reveal next week, but all signs point toward it being a piece of a larger, more interesting puzzle that expands beyond the bounds of Congress and hush-hush Department of Defense teams. Though the classified part of the report won’t be published, the rest of the report will be unclassified and available for anyone to read.