There has been a big push to get smartphones to record health data over the last few years. Engineers at the University of California San Diego have developed a new smartphone case that is able to check blood glucose levels for diabetics at home or on the go. The device is called GPhone.

The engineers say that the device is a proof-of-concept portable glucose monitoring system that was developed at the university’s Jacobs School of Engineering. The GPhone has two main parts with one being a slim 3D printed case fitting over the smartphone. The case has a permanent reusable sensor on one corner.

The second part of the device is a small one-time use pellet with enzymes inside that magnetically attached to the sensor on the case. Those pellets are in a 3D printed stylus on the side of the smartphone case. To use the diabetic would put a pellet onto the sensor using the stylus and that sensor would measure glucose concentration and send that via Bluetooth to the smartphone app.

The test device is running on Android and the test takes about 20 seconds to complete. The stylus holds enough pellets for 30 tests before needing a refill. Th entire system runs on the smartphone battery. The little pellets that are key to the system are made with glucose oxidase that reacts with glucose and generates an electric signal that can be measured by the electrodes in the sensor.

The reusable sensor is said to be the key breakthrough in the system and the enzyme-containing pellets were required because early tests sensors with enzymes inside failed after a few uses. The team now wants to reduce the amount of blood needed for a test, currently, it takes about a dozen drops to work. Normal glucose testing requires only a single drop. 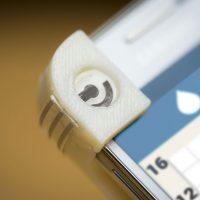 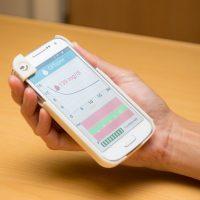 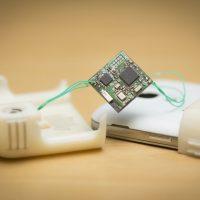 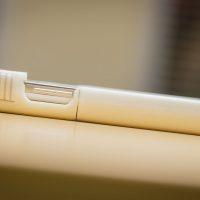