Uber hits back, says Lyft’s “attacks” are much worse

Round two of the Uber/Lyft spat has come to a close, with Uber squaring up the scorecard. Lyft’s previous assertion that Uber drivers were screwing with their drivers was like a stiff right cross, but Uber just threw an overhand right. According to Uber, Lyft has no room to talk about anyone toying with drivers.

Lyft says Uber recruiters created and cancelled about 5,000 rides, basically sending Lyft drivers on a wild goose chase. Uber is countering, saying Lyft drivers did the same — to the tune of 13,000 cancelled rides.

Adding insult to injury, Uber also claims Lyft’s drivers did this after Lyft’s investors suggested Uber buy them out. There was also the familiar threat of “going nuclear”, except this time it might actually be going down. In a statement, Uber had the following to say:

Lyft’s claims against Uber are baseless and simply untrue. Furthermore Lyft’s own drivers and employees, including one of Lyft’s founders, have canceled 12,900 trips on Uber. But instead of providing the long list of questionable tactics that Lyft has used over the years, we are focusing on building and maintaining the best platform for both consumers and drivers.

These attacks from Lyft are unfortunate but somewhat expected. A number of Lyft investors have recently been pushing Uber to acquire Lyft. One of their largest shareholders recently warned that Lyft would “go nuclear” if we do not acquire them. We can only assume that the recent Lyft attacks are part of that strategy.

This one has it all, doesn’t it? Scorned drivers, finger-pointing, weakened investor faith — it’s just so rich with drama! While this is between two companies with similar business models, it’s worth noting that Lyft isn’t the first company to claim Uber used these “schedule-then-cancel-and-recruit” tactics. 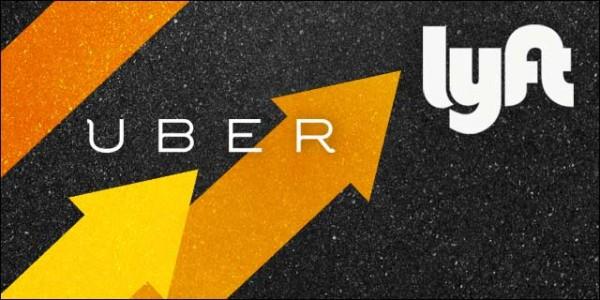 At the time, Uber said “Our local teams can be pretty determined when spreading the word about Uber and how our platform opens up new economic opportunities for drivers”. That rings eerily true here, too. Lyft’s claim also said Uber drivers were recruiting theirs, essentially creating a lack of supply to sway demand and loyalty over to Uber’s side. You can imagine an Uber driver telling a Lyft driver “I’ve got more work than I know what to do with!”

It’s not yet clear who fired the first shot in this one, but it could be a case of Lyft simply having beaten Uber at their own game, at least when you compare quantity of cancellations. It’s not clear if there is an end result here, with all the nuance and accusations, it’s definitely an interesting storyline.