Twitter’s decision to make an abrupt about-face on blocking policy after user outcry has highlighted little-understood shortcomings in how social services handle privacy and bullying, sending the 140-character message service back to the drawing board to refine its procedure. Twitter had thought it was improving the relatively blunt blocking process users were offered when it quietly changed the system on Thursday morning; by the evening, however, the company had been forced to restore the old approach, following criticisms that the amended tools in fact victimized those affected by bullying, rather than the bullies themselves. Meanwhile, the turnaround raises questions around the blocking and privacy tools other popular social networks offer their users.

Twitter’s stance is that the current system “is not ideal” because it leaves blocked users aware that they have been blocked. That, VP of Product Michael Sippey argues, can lead to retaliation; in fact, he suggests, some Twitter users are just as concerned about post-block fallout as they are about the abuse beforehand.

Facebook offers a blocking tool for its users, which is applied on a per-person basis. Once blocked, the person affected cannot see any posts on the user’s Timeline, and are prevented from tagging them, inviting them to join events or groups, or from adding them as a friend. They’re also prevented from starting a conversation in IM. 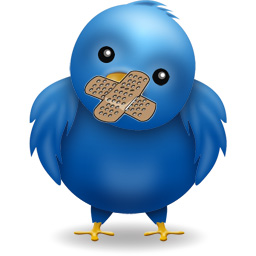 Users are also allowed to pre-emptively block people by submitting their email addresses to a blacklist. However, the tool does not prevent any communication through groups with which the two people have shared membership, Facebook points out, or indeed in Facebook apps.

Over on Google+, the blocking policy works roughly the same way. Blocked people can’t see a user’s content, and though they’ll still be listed in the blocked person’s circles, they’ll be automatically removed from any circles (or extended circles) of the user themselves.

Whereas on Facebook there’s the chance for people to see each other comments, on Google+ any comments left on others posts are invisible to someone blocked, and the blocked person obviously ins’t able to see their content, add comments on it, or tag them. In communities, moderators who have been blocked will be able to moderate content a user has shared within that group, but not +1 it or comment/reshare anything.

While neither Facebook nor Google+ actively notify on blocking, Google does point out that someone blocked from within a Hangout video call will immediately be aware of it. Curiously, though, there’s still no way to remove participants from Hangout instant messaging chats without blocking them altogether: if you have a group conversation and subsequently want to omit a person from it, you have to set up a completely new IM room. 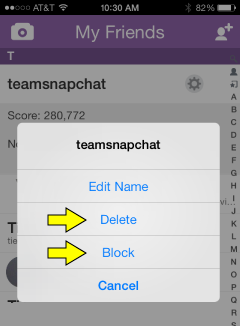 Instagram, meanwhile, has a slightly less advanced blocking process. Blocked members can’t view shared photos or videos, and the user’s Instagram account won’t show up in search results within the app, but if they mention the username it will still show up in the News Feed pane. They’ll also be able to see any likes and comments left on content shared by mutual followers.

Perhaps the most straightforward is Snapchat, the ephemeral photo and video messaging service. There, there’s only blanket block/unblock options, with those blocked prevented from sending over
any of the time-limited messages. Those users will also be barred from viewing Snapchat Stories, too, the service’s publicly-shared extended videos intended to tell a more comprehensive story.

Twitter’s valid comments – and the differences in the ways that different services handle the blocking process – highlight a lingering weakness in the social space: that it’s still much easier to grow a social circle than it is to manage it. The short-messaging site has said it will return to the labs to try to figure out a more acceptable alternative, though there’s no telling whether it will come up with something palatable to the majority of users.