Following Facebook’s publication of a tool that shows users whether they followed Russia-linked pages comes an update from Twitter: it is emailing users who followed a Russia-linked page on its platform. Twitter revealed its plans in an update on the topic, where it details its progress and what it is doing moving forward. Among its users, 677,775 people located in the United States either liked, followed, or retweeted Russia-linked accounts.

The matter revolves around Russia’s interference in the US’s 2016 presidential election. The nation was found to have used major social media platforms, namely Facebook and Twitter, in an effort to manipulate the public, destabilize the nation’s population, stir up tensions, and more. The propaganda work was linked to an organization linked to the Russian government called “Internet Research Agency.”

Following Facebook’s initial disclosure, Twitter revealed that it had found some troublesome Russia-linked accounts on its own platform. The company suspended a bunch of accounts that it says were “potentially connected” with the IRA’s meddling efforts.

As part of its recent update, Twitter said it is emailing 677,775 accounts held by US individuals who positively interacted with the suspected accounts — that is, people who either liked content from them, retweeted content from them, or followed the accounts. Note, the accounts have already been suspended. “Most user engagement was with a very small number of IRA-associated accounts,” Twitter explained.

The company shared some examples of the types of posts these accounts made, all of them political in nature. One shows a shirt supporting Trump, another calls for FBI Director Comey to resign, another tries to stir up anger surrounding law enforcement, and another attacks George Soros. One example is shown below: 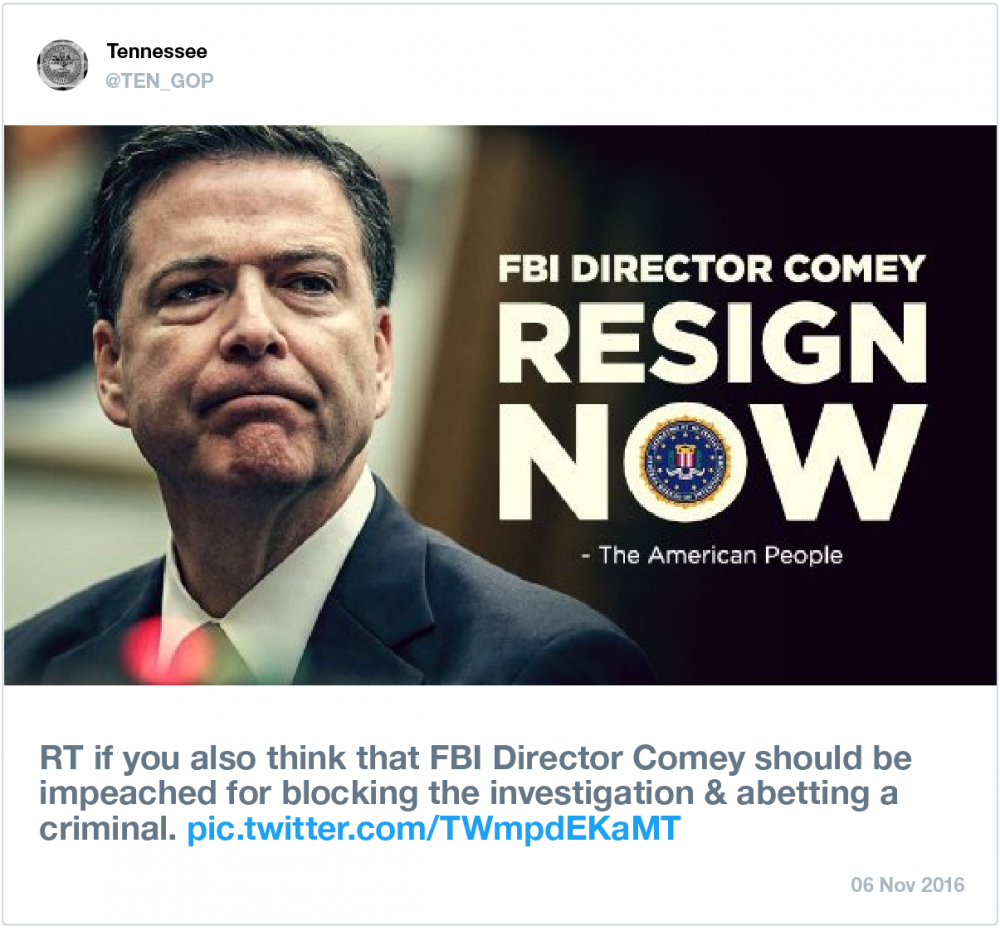