Twitter has announced something that many people will be excited to hear. Starting today, Twitter Spaces is now available on mobile web and desktop web versions of Twitter. The social network says that its focus areas were infrastructure and a UI able to adapt to the user’s screen size.

Using Twitter Spaces, people can set reminders for scheduled spaces and gain new accessibility and transcription options. Some of the major features of Twitter Spaces include the ability to show a web preview of the space before people join. Users see a description of the space and a button for “Join the space” below that.

Another shared image shows a web view of the space to the right side of the browser with transcriptions turned on. With the transcriptions on, users get a glimpse at some of the conversations happening inside the space. Today’s announcement that Twitter Spaces is rolling out to everyone isn’t the first time we’ve heard of the service. In May of this year, Twitter Spaces first surfaced but was only available for users with lots of followers.

our focus areas:
– infrastructure and listening UI that adapts to your screen size
– setting reminders for scheduled spaces
– accessibility and transcriptions pic.twitter.com/Wb0DQktkhD

Users needed 600 followers initially to justify having the Spaces feature available to them. Twitter said of the need to have at least 600 followers, “these accounts are likely to have a good experience hosting live conversations because of their existing audience.” 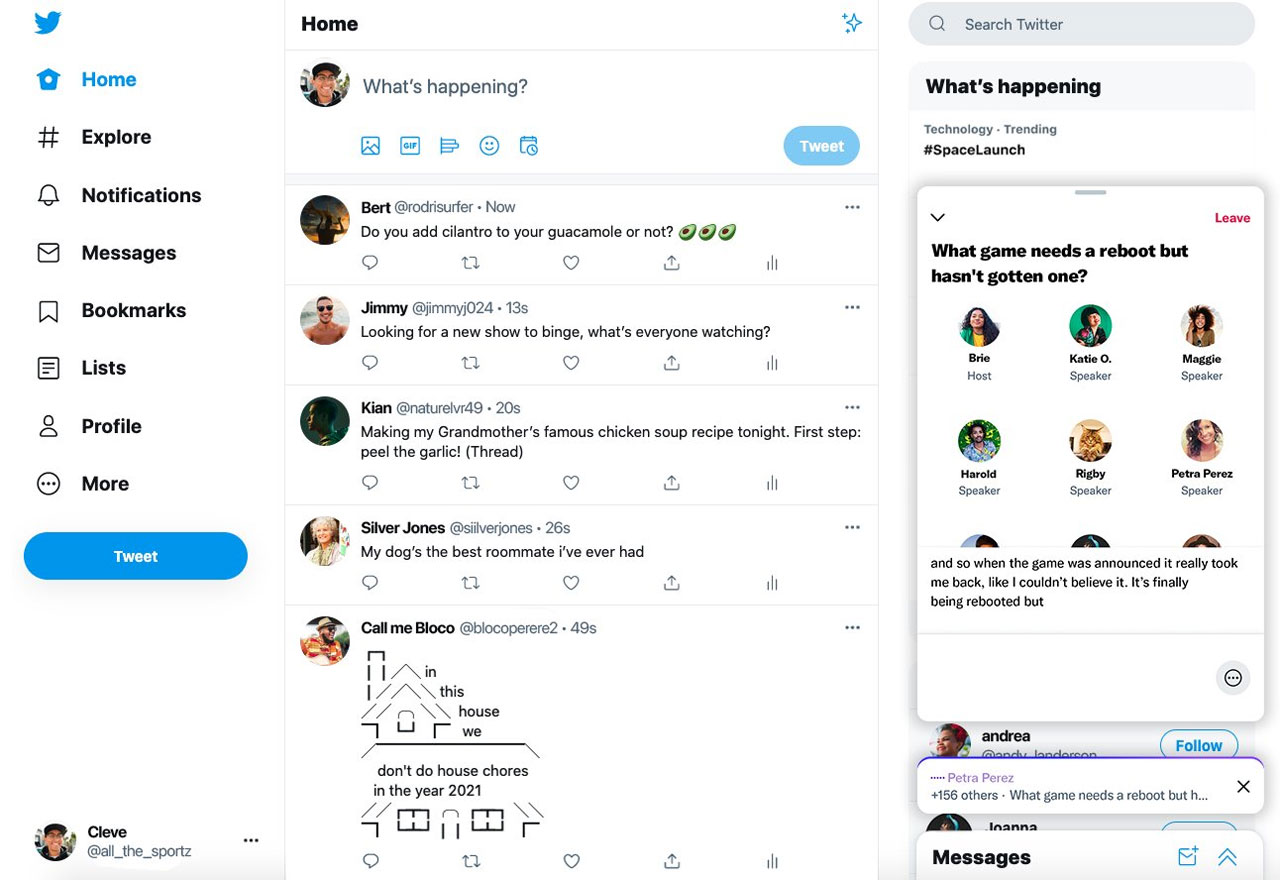 Spaces classifies users as hosts, speakers, and attendees. Attendees are muted by default and can only react using emojis but can request the ability to speak. Twitter does have a system integrated for handling accounts that users have blocked, providing a notification label when you join a space where someone you have blocked is a speaker.