Twitter Lite launches to save on data, storage space

Sometimes having and maintaining a social media presence can be difficult when you’ve got a tiny data cap, but today Twitter is looking to ease that particular burden for its users. The company has announced Twitter Lite, a pared down version of its mobile site for folks who need to make a compromise between data-light and feature-rich.

While it may seem weird at first that Tiwtter Lite isn’t launching as a mobile app, there’s a reason for that. Twitter wants the advantages of Twitter Lite to multi-pronged – not only saving you data, but also saving storage space on your phone. By making Twitter Lite accessible through mobile web, you don’t have to download an app and thus keep that storage on your phone free.

So, how does Twitter Lite save on data? It’ll primarily do that through its new data saver feature, which can be turned on and off by tapping on your profile picture. Once it’s on, images in your Twitter feed will be initially blurred. Simply tap on them to reveal the actual picture, saving your data for only the content you want to view.

Twitter says that data saver can reduce your data usage by as much as 70%, which isn’t anything to scoff at. On top of that, Twitter says that we can expect launch times that are up to 30% faster thanks to its lightweight design. You can still access all of the key Twitter features too, whether you’re looking to access your direct messages, trends, or timeline. 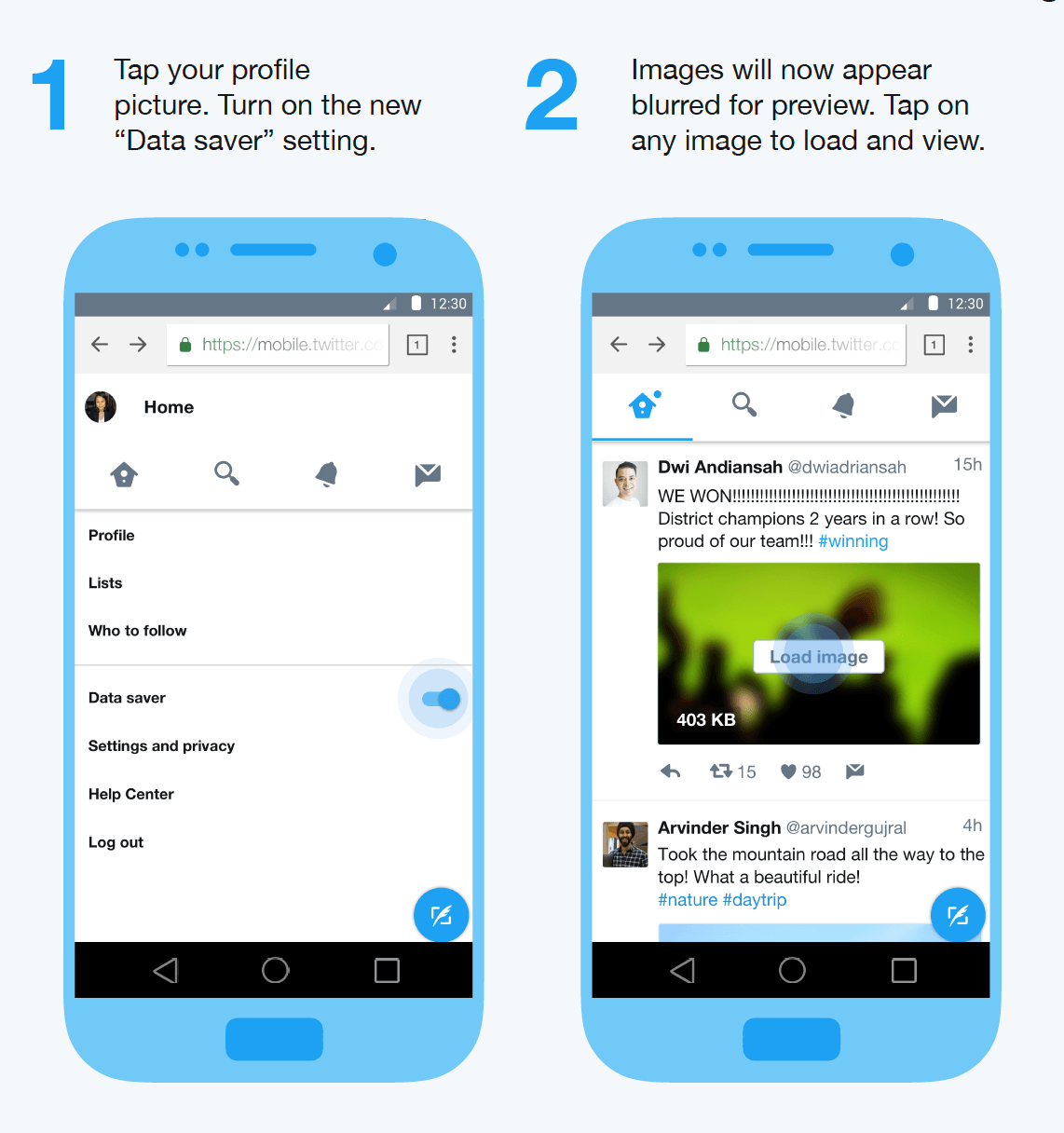 By using Chrome on Android, you can enable push notifications without using the app – which removes the need for the Twitter app almost entirely. Twitter has also included an offline mode in Twitter Lite, so trying to use the social media service in an area with spotty coverage should hopefully be less of a frustration.

In the end, this is a play to net more users in emerging markets where mobile networks may not be as robust as they are in other areas of the world. Even though that’s the driving factor behind this roll out, we doubt many people will complain about decreased data usage – unless they happen to be on one of the big four’s new unlimited data plans, then they’ll probably just indifferent. To begin using Twitter Lite, simply open up your mobile browser and navigate to mobile.twitter.com.