Twitter users and GIF fans, praise your deity of choice! The social network is currently testing a dedicated button for the internet’s new favorite image format, with select users discovering it this week in Twitter’s official mobile app. As seen below, those who have the magical button of internet awesomeness find it between the icons for adding regular photos and polls to tweets.

Phil Pearlman is one such Twitter user that had access to the GIF button, at least briefly. He shared with TechCrunch that tapping it opened a selection of GIFs to choose from, including those that are currently trending, or based on mood categories. 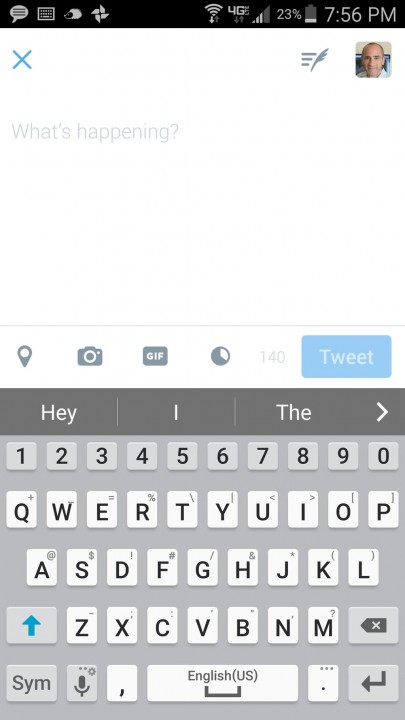 Shortly after Pearlman shared the above screenshot, however, it disappeared from his app. The same thing happened to a number of other Twitter users, which just likely means that the company is just starting their tests. The social network often tries out new features on small selections of users before rolling them out, so it’s just a matter of time before the new GIF button comes to the masses.

Even with its brief, limited appearance, Twitter users are already excited for its arrival. If the test was just a way to judge users’ reactions, Twitter should consider the GIF button an overwhelming success.