Twitch has announced its new Whisper feature, a way for users to send private chat messages without having to leave the chat they’re currently in. It is called whispering because the chats sent privately between two users will show up in-line with whatever chat is currently going on, but it is only between those two users — as if, you see, they had whispered it amongst themselves. The chat will clearly show, however, that the message was sent from one particular user to another specific user. The feature simply speeds things up.

Twitch introduced the new feature today, saying that Whisper is the first of more chat features that will be announced. This particular feature, as you can see in the screenshot below, allows private chats to be sent between two users without leaving the chat they’re already in — making everything faster and more hassle free. To send a chat like this, type “/w [username]”. 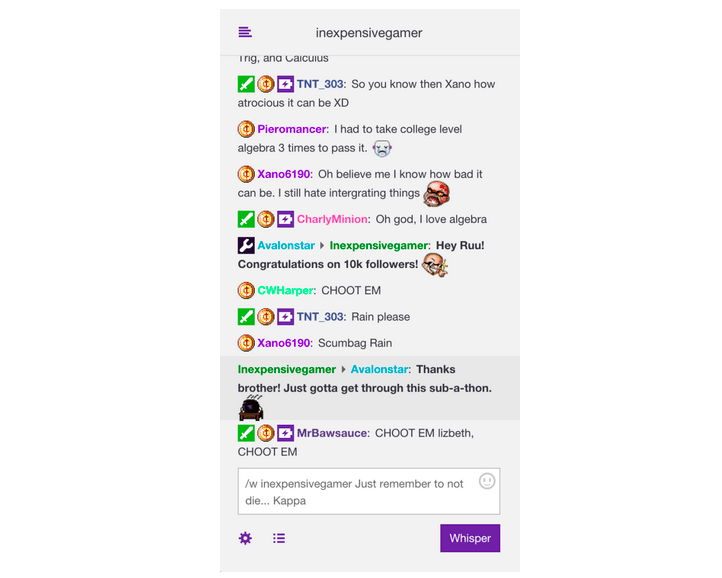 The preferences for Whisper can be found within “Settings”, says Twitch, where there can be restrictions placed on who sends Whispers. Whispers from specific users can be blocked if desired, and if someone doesn’t allow Whispers the person attempting to whisper at them will be notified. More than one user can be whispered to at a time, too.

Whispers are possible if a chat’s in sub-only mode, but one cannot whisper to more than one other person at a time. The whispers, finally, are global and will be synced across all the chat windows a user has open, keeping things neat and organized.