Twitch is finally rolling out threaded replies in chat for everyone

Following a limited test of the feature, Twitch is finally rolling out threaded replies in chat for everyone, adding some organization to conversations that, historically speaking, tend to be chaotic and hard to follow. As you’d expect, the threaded replies feature indents replies under the original comment, making it easier to follow the conversation.

Twitch launched its threaded chat replies test last August, giving some users the opportunity to use the feature and send in their feedback. Based on that communication, Twitch added some features to the new replies option and is now delivering it to all of its users. With the feature, users can reply to a chat message and have their response appear underneath it. 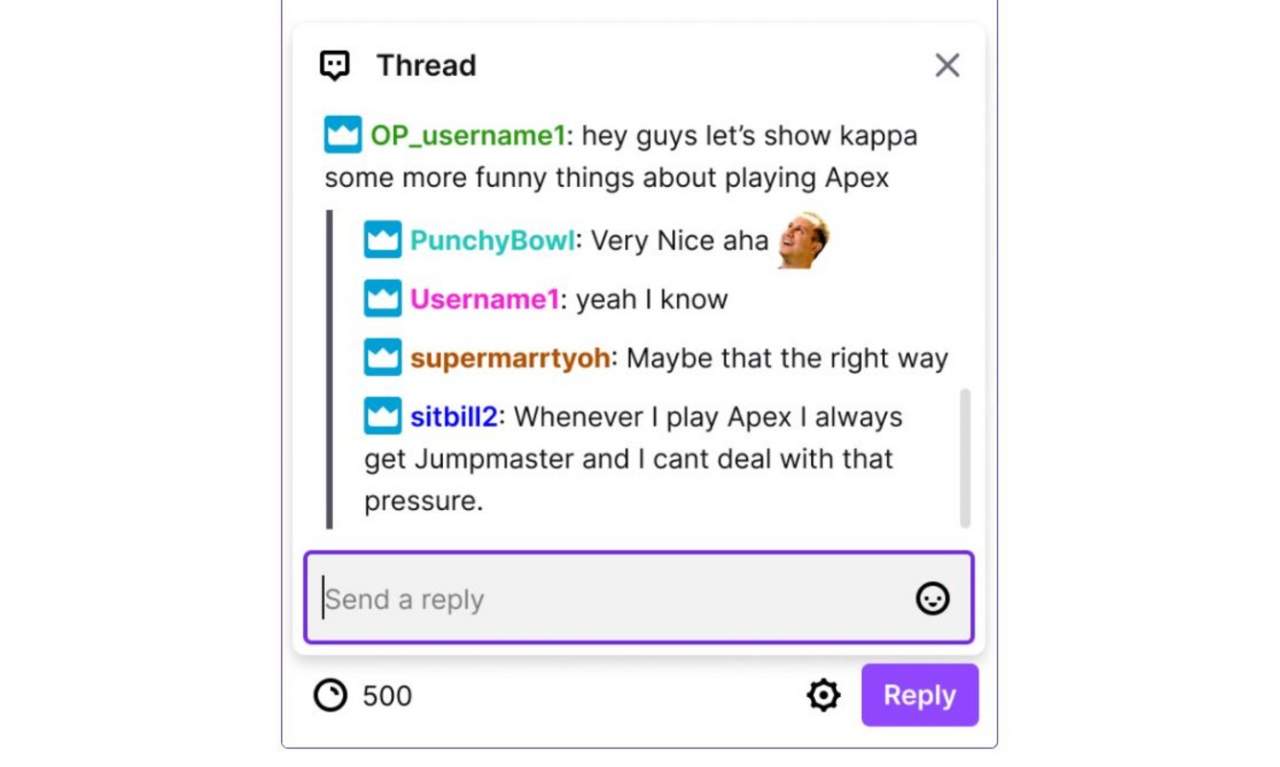 Users are able to reply to a chat message by either clicking on an icon next to it or using a keyboard shortcut for those times you don’t feel like using the trackpad. Users will notice the ‘Chat’ button change to a ‘Reply’ button when they start typing a response to an existing chat message, helping keep clear where the reply will go.

Users may also get access to a ‘See Thread’ link, depending on whether the message they’re commenting on is the original chat for a thread. Users will be able to exit the reply thread by clicking an ‘X’ button, after which point the ‘Reply’ button reverts to the ‘Chat’ button we’re all familiar with.

Of course, your message will appear in the chat thread for other users to see. Twitch users have the option of setting these threads to expanded or minimum view depending on their chat appearance settings. Twitch details the new chat feature, including its shortcuts and related explanations, in a support document.