Fans of True Detective know it’s going to be really, really tough for anyone to follow the McConaughey/Harrelson duo. Still, Vince Vaughn and Colin Farrell are going to try. While speculation is still rampant as to how the two stars will fare on-screen together, the first teaser for True Detective season two is out, and gives us a glimpse of what we’re in store for. While we still don’t get the full scope of what’s really going on, it’s True Detective — we’re not supposed to.

In addition to Vaughn and Farrell, we see Rachel McAdams and Taylor Kitsch in their respective roles. Here’s how HBO positions the show:

Colin Farrell stars as Ray Velcoro, a compromised detective in the all-industrial City of Vinci, LA County. Vince Vaughn plays Frank Semyon, a criminal and entrepreneur in danger of losing his life’s work, while his wife and closest ally (Kelly Reilly), struggles with his choices and her own. Rachel McAdams is Ani Bezzerides, a Ventura County Sheriff’s detective often at odds with the system she serves, while Taylor Kitsch plays Paul Woodrugh, a war veteran and motorcycle cop for the California Highway Patrol who discovers a crime scene which triggers an investigation involving three law enforcement groups, multiple criminal collusions, and billions of dollars. 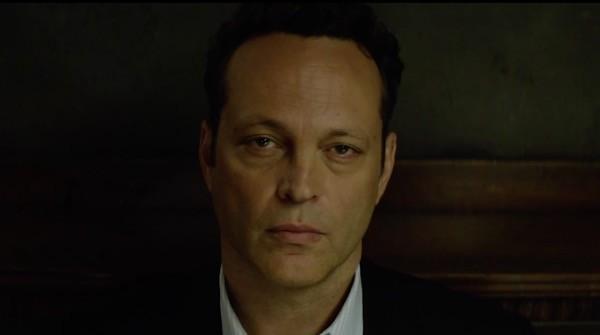 What we’re not getting is dialogue, so we’re still not exactly sure how each fits into a plotline. How is Velcoro compromised? Why is Bezzerides so mad at ‘the system’? How much of a loose cannon is Woodrugh?

More to the point, what ties them all together with Semyon? We’ll know June 21 when the season debuts on HBO.