A group of college students have designed a traffic intersection that harnesses the power of vibrations from passing cars and pedestrian’s footsteps. The designers, Ian Jaye, Jovan Popovic, and Patrick Houin based the design on piezoelectricity, which converts vibrations and movement into electricity. We don’t see the use of piezoelectricity very much nowadays but the technology has been around for 100 years.

The design makes for self-sustained traffic intersections complete with traffic lights, street lamps, and traffic cameras. Piezoelectric plates are layered under a hard rubber level, with reflective blue road marking tape sitting on top of it all to designate the crosswalks. The plates collect electricity produced from the vibrations of cars and pedestrians and feed it to lithium-ion batteries to power the traffic lights, lamps, and cameras. 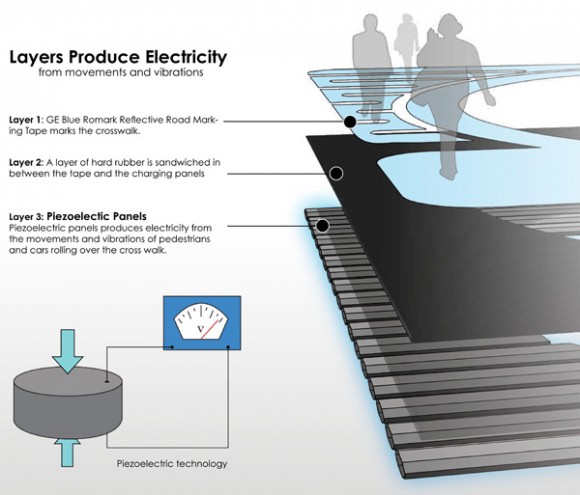 They’ve even designed the traffic lights, cameras, and traffic posts as well. The posts double as street lamps with low-energy LED lights. They stay dark until the light sensors embedded trigger them to turn on. The traffic lights have low-energy LEDs as well, encased in a stamped aluminum shell and use anti-glare plexiglass. The traffic light will have redesigned symbols and four sides to regulate a four-way intersection. The camera is attached by a ring to each traffic post, allowing it a 360-degree view and a 180-degree vertical camera rotation and viewing angle. All three are powered by the battery pack stationed at the bottom of each posts. 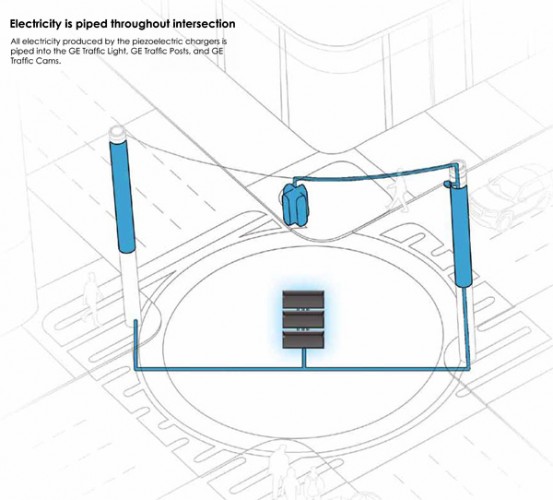 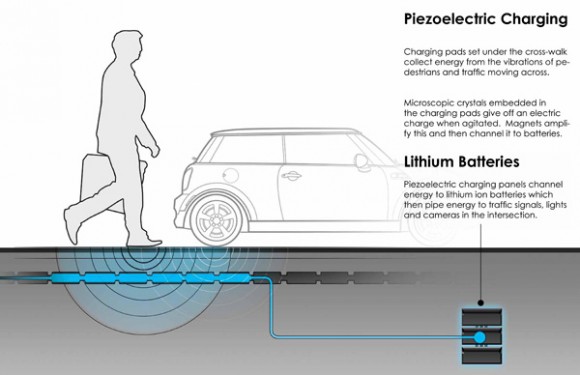 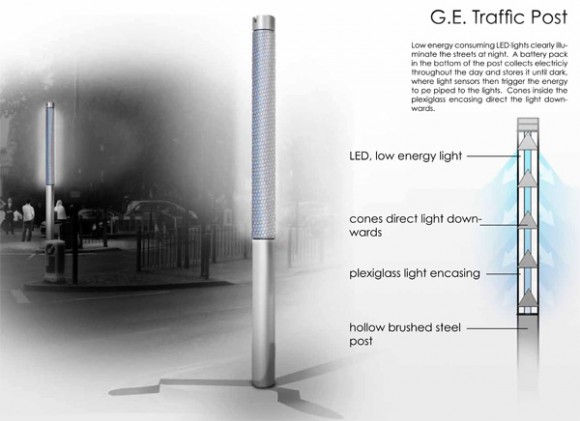