Although a number of companies, which include Google, are setting their eyes forward to the future with fully or partially self-driving automobiles, car manufacturers still have their feet planted firmly on the ground of present-day concerns, which, of course, includes road safety. Responding to the need for safer driving and car technologies, Toyota has developed a system that brings the dream of an automated driving assistance of the future to answer the problems of today.

At CES early this year, Toyota showcased its Advanced Active Safety Research vehicle, a car based on its Lexus LS outfitted with the latest sensor and camera technologies that are able to detect vehicles, pedestrians, and obstacles. While the car is capable of autonomous driving, the ultimate goal of the research is to assist drivers in choosing the safest routes and eventually reduce the amount of vehicular accidents and fatalities. 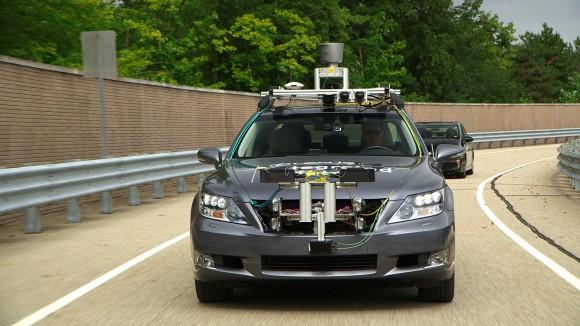 To that end, Toyota has developed its Automated Highway Driving Assist (AHDA) based on two automated driving technologies. Cooperative-adaptive Cruise Control employs wireless communication, in the 700 MHz band, to communicate with other similarly-equipped cars, exchanging acceleration and deceleration data. This will allow the vehicles to adjust their own speeds in order to maintain a proper and safe distance from one another.

Lane Trace Control, on the other hand, makes use of conventional sensor equipment such as high-performance cameras and millimeter-wave radar. As the name suggests, this system’s purpose is to keep the vehicle within a proper lane, automatically adjusting steering angle, torque, and braking force.

Toyota plans on marketing its AHDA technology, in addition to its other driving support systems, in the near future as soon as possible. The company will be conducting trials starting October 15 on the Shuto Expressway near the Tokyo metropolitan area and will be putting its AHDA system on exhibit at the 20th Intelligent Transport Systems World Congress in Tokyo next week..