Every year in mid-January, an event is held in Tokyo called the Tokyo Auto Salon. Many Japanese automakers reveal special vehicles at that event, and unfortunately, many of them will never come to the US. Toyota has confirmed that at the Tokyo Auto Salon 2022, running from January 14 through January 16, it will reveal a new sports car called the GR GT3 Concept. Toyota will also reveal a fully tuned version of the GR Yaris along with the new concept car.

The only details Toyota has officially confirmed about its GR GT3 Concept is that it will be debuted at the Tokyo Auto Salon. The vehicle is a dedicated racing concept Toyota says utilizes what it has learned in motorsports. The only image shared of the concept racing car is a very dark one, mainly showing the body line running from the hood to the rear of the car and the small canopy and large wing on top.

The concept vehicle has a long hood and short rear overhangs and reminds a bit of the Mercedes-AMG GT racing car. Any features of the car are a mystery. Presumably, the GR GT3 Concept would be powered by a version of the turbo inline six-cylinder from the GR Supra. It’s also possible that the racing car could use a version of one of the many Toyota four-cylinder engines.

The automaker has stated that the vehicle will participate in the FIA World Endurance Championship and domestic races. Toyota has a press conference to talk about the car scheduled for January 14, which can be watched below on that date. It’s not clear if the GR GT3 Concept, should it enter production, will only be available to professional racing teams or if it’s a vehicle Toyota will sell to any customer who wants to go racing. We certainly hope the racing car spawns a production car in the future.

Along with revealing the new racing car, Toyota has also confirmed that it will debut a fully tuned model of its GR Yaris. Toyota’s press release mentions that its motorsports-bread vehicles will participate in various racing series, including the World Rally Championship. It’s unclear if the fully tuned GR Yaris is a full-on racing car for rally events or if it’s a tuned version of the streetcar destined for the roads. 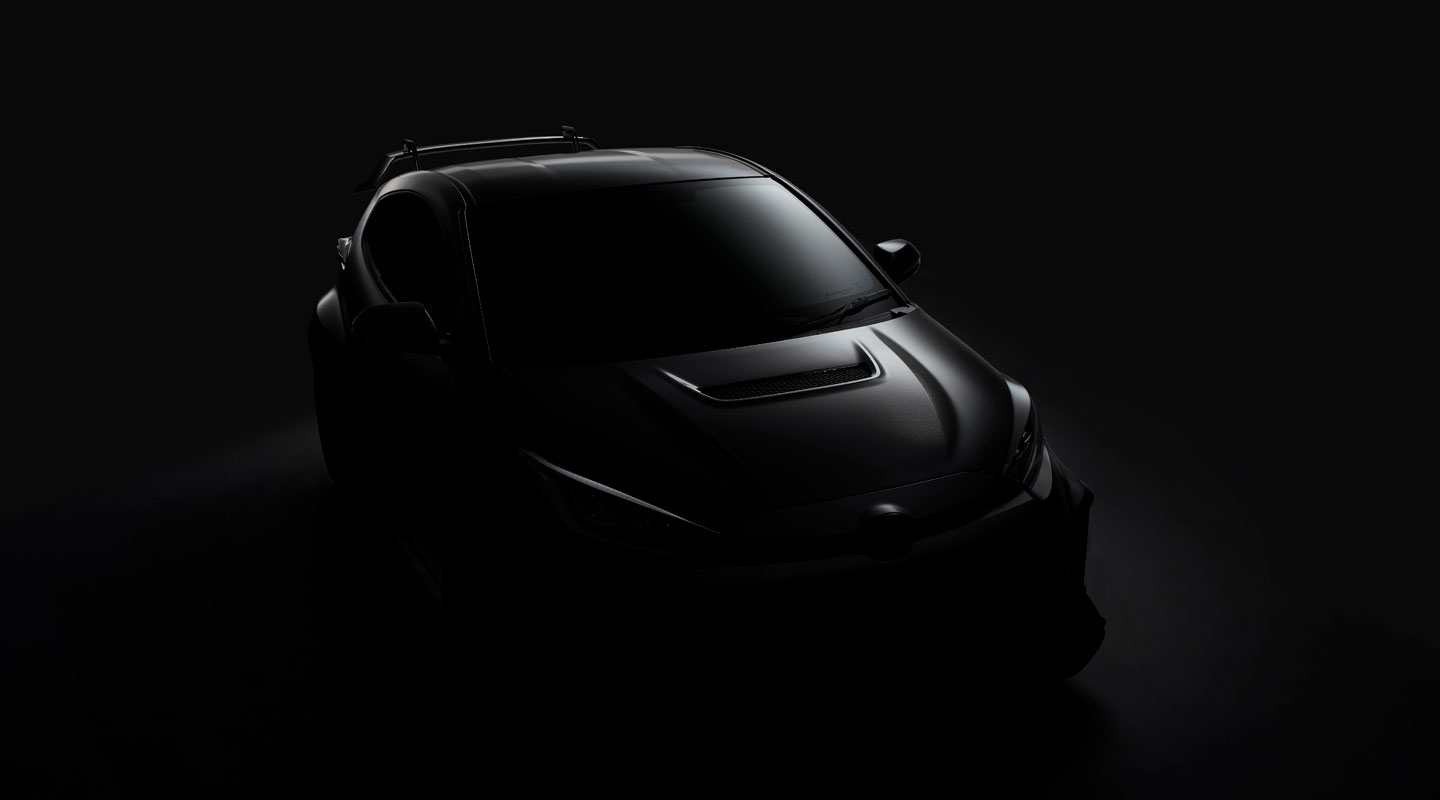 Of all the vehicles Toyota offers, the one we wish was available in the US the most is the GR Yaris. In standard form, it’s an impressive little vehicle with loads of power from a tiny three-cylinder engine. Unfortunately, Toyota has offered no details on the vehicle but did share a single teaser image.

While the image is very dark, we can make out a few details. Specifically, we see that the hood of the tuned GR Yaris has a large scoop facing the opposite direction compared to a hood scoop for the Subaru WRX. On the WRX, that hood scoop slurps cool air into the engine. The orientation of the hood scoop on the GR Yaris would seemingly indicate it’s there to remove air from the engine bay.

It’s certainly possible the tuned version of the car uses the hood scoop to eliminate air from under the hood that comes in through the front bumper, possibly forcing it through the intercooler for the turbocharged three-cylinder engine. While it’s hard to tell, there does seem to be a more prominent lip spoiler on the front of the car, and it appears the rear wheels may have larger arches indicating wider tires. It’s also clear that there is a spoiler on the trailing edge of the rear hatch. 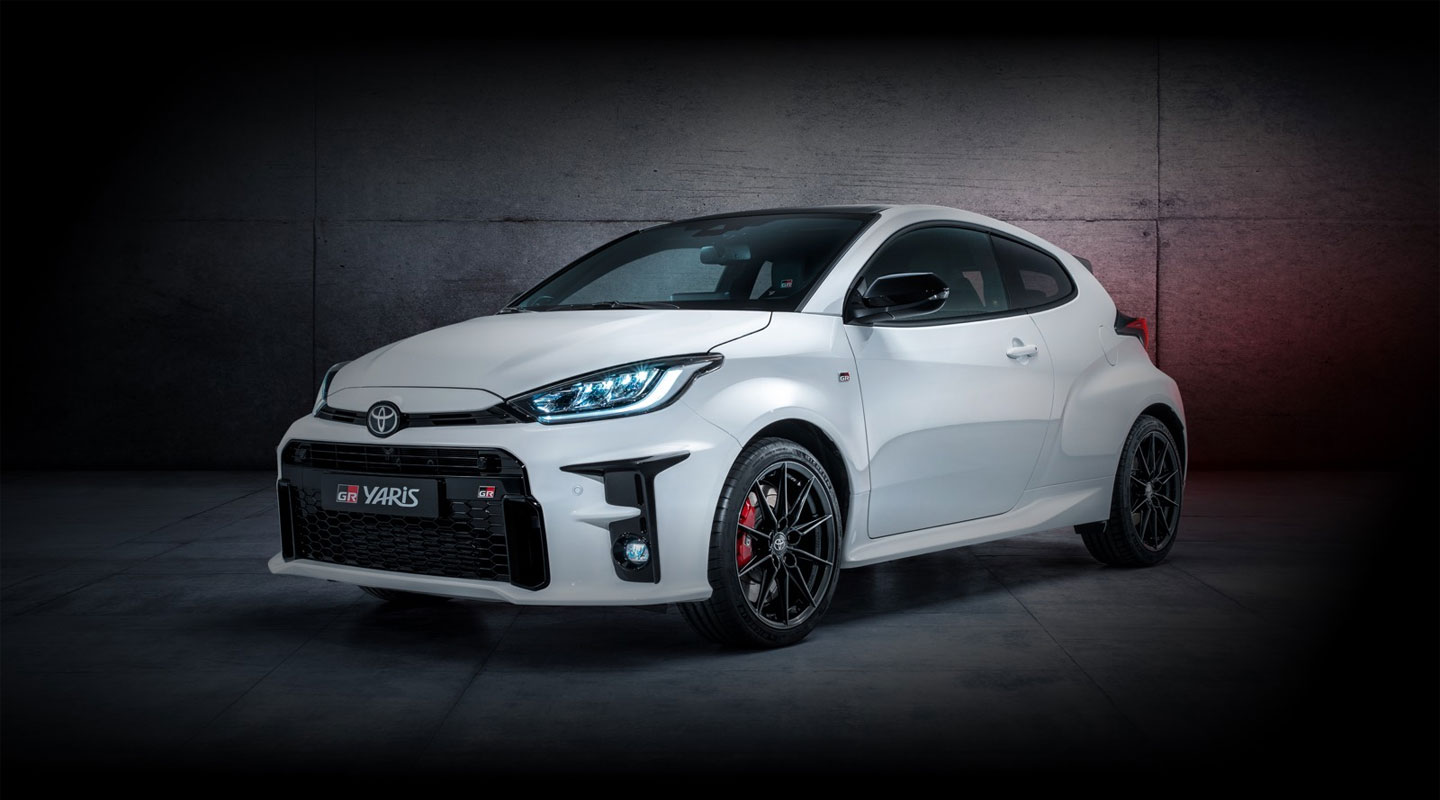 The current version of the GR Yaris utilizes the GR-Four 4WD system for improved traction and performance. Its 1.6-liter inline 3-cylinder turbocharged engine produces 261 DIN HP and 360 Nm of torque in Japan. The vehicle can accelerate from a standstill to 100 km/h in 5.2 seconds with a top speed of 230 km/h. 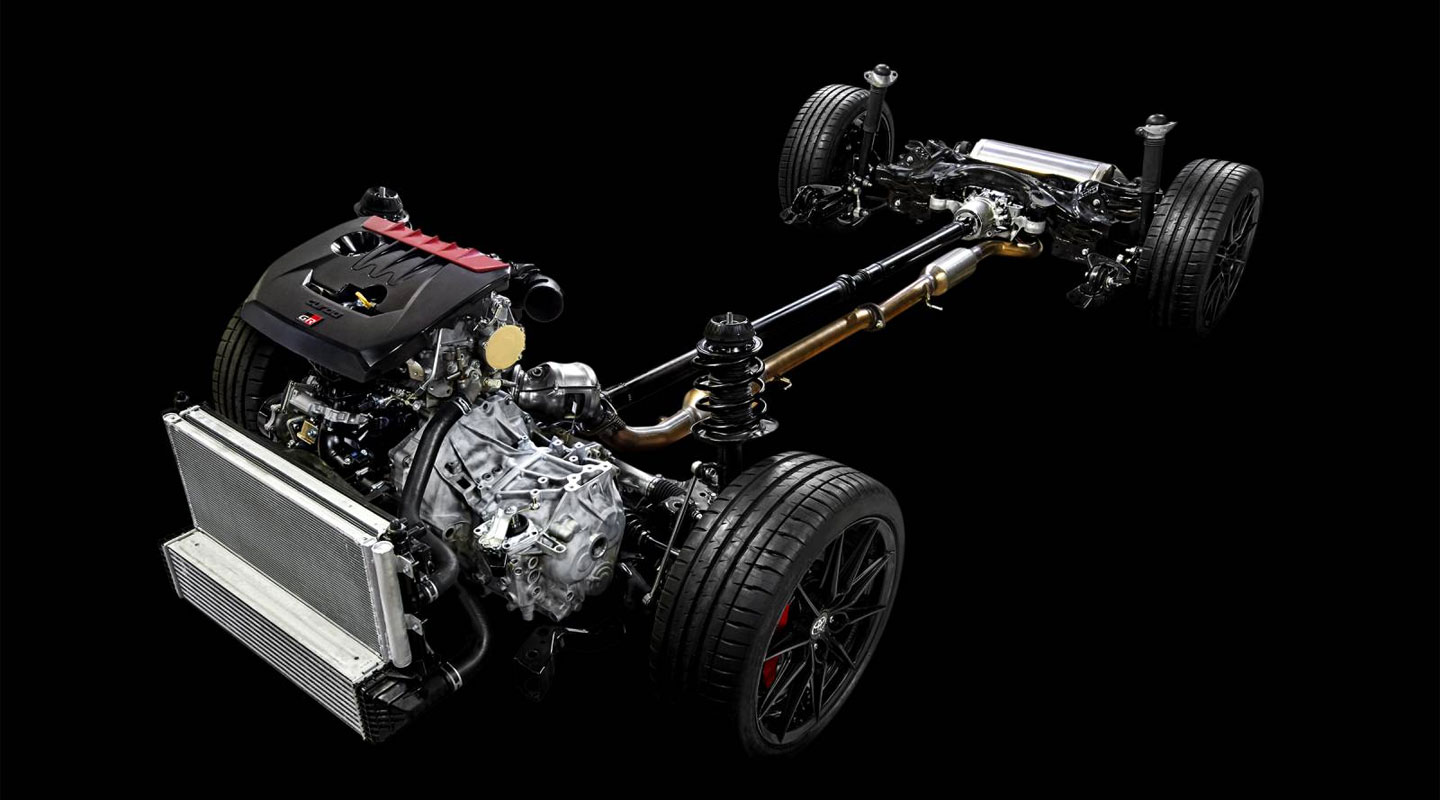 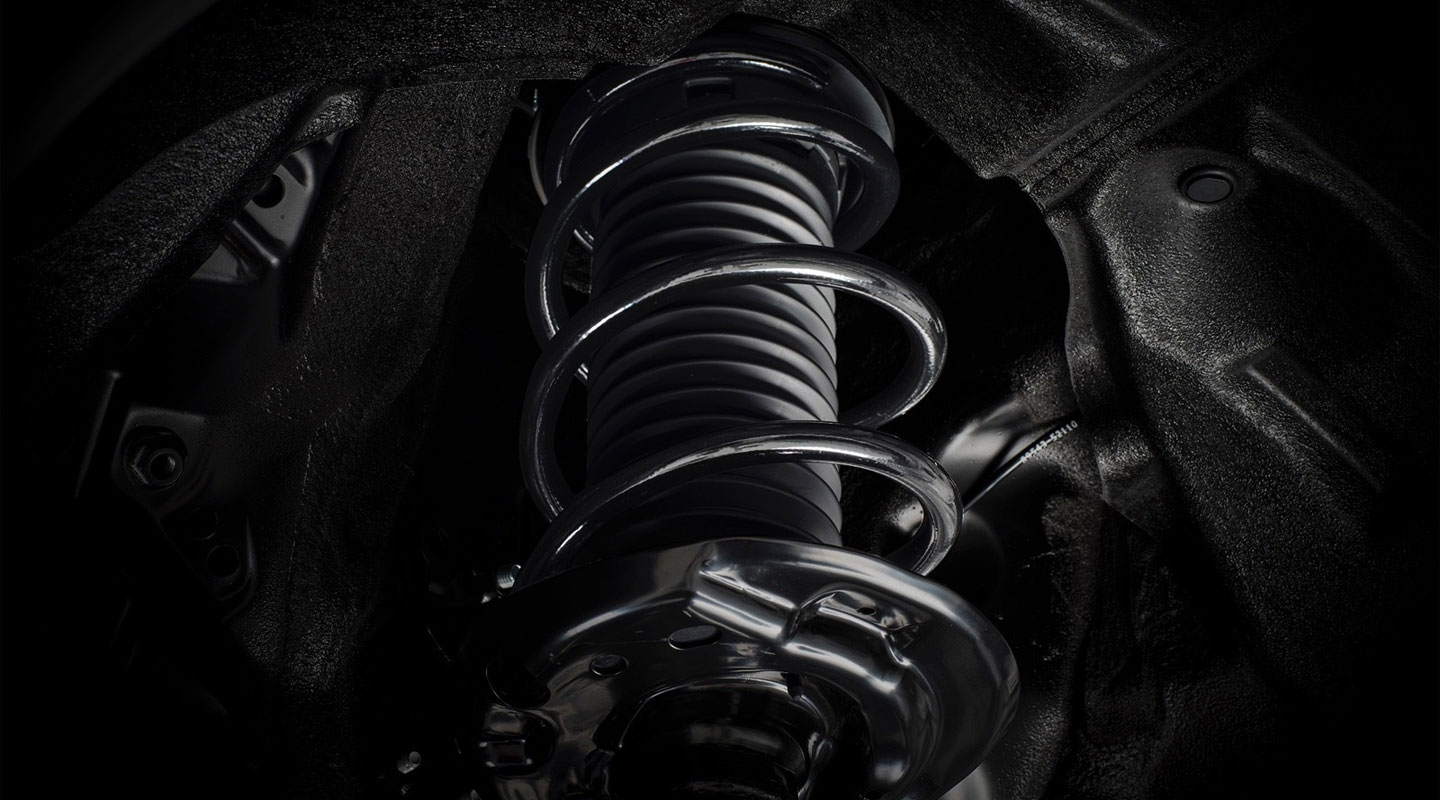 A Convenience Pack adds navigation, head-up display, JBL premium audio, blind spot monitor, rear cross traffic alert, and parking sensors. Again, since we don’t know if the tuned GR Yaris is a racing car or for the street, all of its specifications are a mystery, but we should know next week.