Toyota has filed a patent app for something that is weird, but cool. It’s not often that I can say Toyota has done something cool. The patent app highlights a design for a flying car that looks like the love child of a Prius and the Red Barron’s Fokker DR.1 Triplane. That aircraft is perhaps the best-known layered wing aircraft ever built. 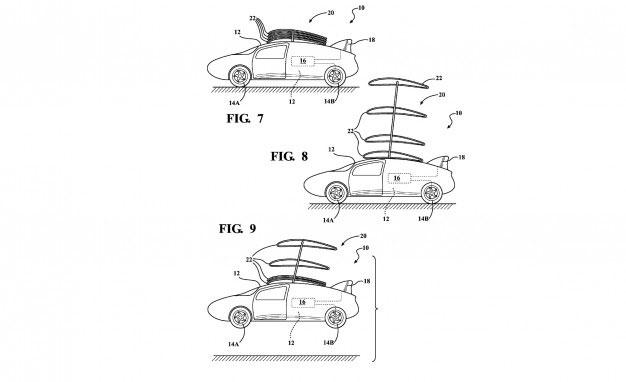 When not ready to take to the skies, the four wing surfaces collapse down on top of each other for driving on the roads. You may notice that a rather important bit of tech is missing from this patent filing; there is no visible propulsion method for the car when it is flying.

Other flying cars have a propeller somewhere to give the thrust needed for flight. The AeroMobile 3.0 for instance has a propeller in the rear in a pusher setup. Toyota’s patent is focused on the wings alone it appears. This sort of wing setup would make a Toyota flying car much easier to store in your garage than some of the other designs I have seen. The chances of this car being produced would appear to be very slim in the near future.