In August, iBOT would have been celebrating its 10th birthday had not Johnson and Johnson quietly and without warning sold off the motorized wheelchair that promised to give the elderly and the disabled a new reason to get up in the morning. Seeing the potential use, not to mention market, for this contraption, Toyota Motor North America entered into a partnership with DEKA in order to develop and launch the next iBOT wheelchair, which will hopefully fare better than its predecessor.

There are quite a number of motorized wheelchairs already in the market, but the “BOT” in iBOT should probably clue you in that this is no ordinary one. Which isn’t surprising since it came from DEKA Research & Development, the company founded by inventor Dean Kamen, who is to be credited (or cursed) for the two-wheeled vehicle now known as Segways. Unlike normal wheelchairs, even motorized ones, iBOT’s two sets of wheels can be manipulated so climb up and down stairs. It can also “raise” the rider from a sitting position to up to 6 feet in height as if they were standing. 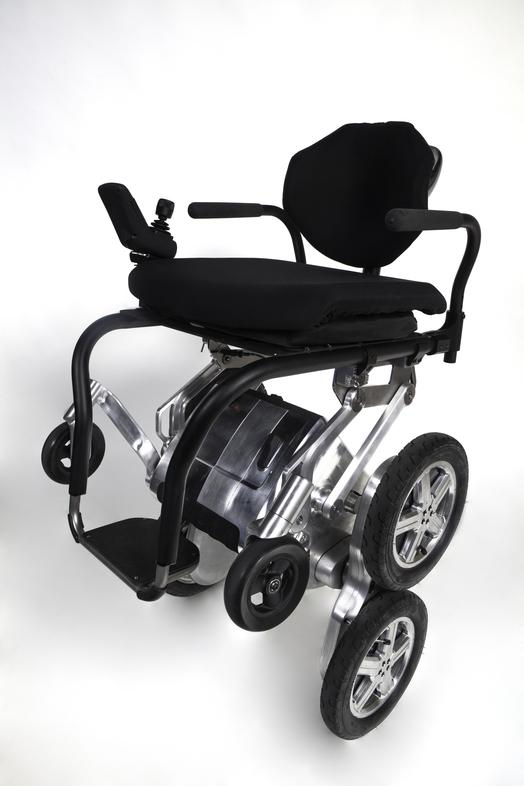 DEKA initially partnered with Johnson & Johnson’s Independence Technology division back in 2006 to develop and market the iBOT. Although it was warmly accepted by its intended market, the product was discontinued in 2009 for business reasons. Each iBOT cost $25,000, but Medicare would only shoulder around $5,000 to $6,000, leaving would be owners with an almost impossible decision to make.

Toyota is now taking up the torch to try to put the iBOT back in the market. Osamu Nagata, executive vice-president and chief administrative officer for Toyota Motor North America, explains this unexpected move this way:

“Our company is very focused on mobility solutions for all people. We realize that it is important to help older adults and people with special needs live well and continue to contribute their talents and experience to the world.”

While Toyota will be licensing the balancing technologies owned by DEKA primarily for this purpose, the agreement isn’t limited to it and Toyota may find other uses for it as well. There is no mention yet of timetables or even target prices, but hopefully the market conditions, not to mention regulations, have changed sufficiently enough in nearly 10 years to make iBOT v2 more of a success.