The automotive world is pushing hard to replace all combustion engine vehicles with fully electric vehicles. No matter how you feel about that, more electric vehicles are coming, and Toyota has unveiled a brand-new electric SUV concept called the Toyota bZ4X. The automaker says the vehicle is part of its global commitment towards carbon neutrality by 2050.

Toyota plans to expand its product portfolio to around 70 models globally by 2025. That number will include 15 new battery electric vehicles, seven of which will be bZ models. Toyota says “bZ” stands for beyond zero. Toyota has also confirmed that it intends to bring electrification to its truck lineup, including hybrid and fully electric powertrains.

The Toyota bZ4X was jointly developed with Subaru and is built on the new e-TNGA BEV dedicated platform. Toyota promises the concept will integrate its legendary quality, durability, and long-term reliability combined with the all-wheel-drive capability that Subaru was known for. The vehicle has a long wheelbase with short overhangs creating a distinctive design with lots of interior space.

The interior is an open-concept design meant to enhance driver comfort and confidence on the road. Toyota says that every detail of the vehicle was purposefully engineered, including the location of the gauges above the steering wheel to give the vehicle a sense of space while helping to increase visibility for safe and secure driving. 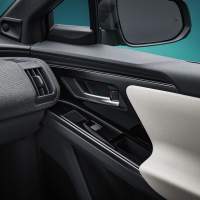 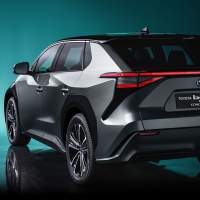 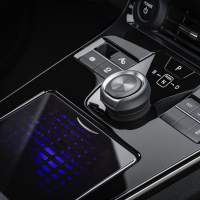 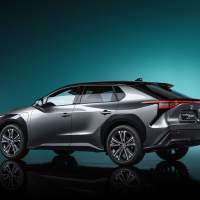 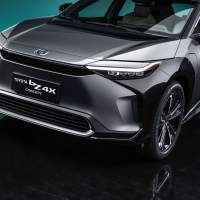 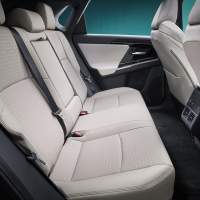 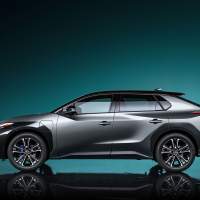 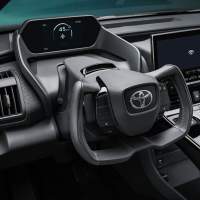 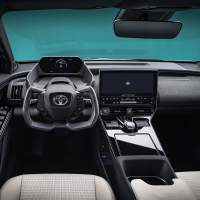 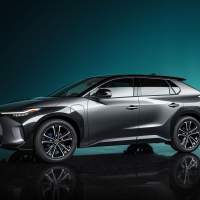 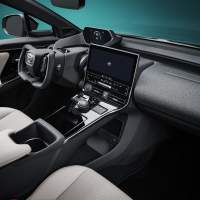 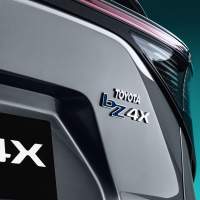 The Toyota bZ4X will be built in Japan and China. Toyota aims to begin global sales of the model by the middle of 2022, with US production details shared later. The vehicle is certainly very attractive inside and out. Big mysteries remain about the EV. Namely, Toyota does not indicate driving range, charge time, pricing, or performance.