Toucan injured in attack by humans will get 3D printed beak

Toucans live in tropical climates, typically, and eat lots of fruit. They also eat the occasional insect or small reptile, and maybe even an egg here and there. toucans, though, they just love fruit. The bird loves to eat bananas, which have that tough outer layer. That’s why they need those big beaks hanging off the front of their face — none of that is easy to eat. In Costa Rica, an injured Toucan is getting himself a 3D printed beak to help get him back in the swing of things.

Grecia lost a good portion of his beak to an attack by vandals. The senseless act of animal cruelty has led to an outpouring of support for Grecia, who really just wants to eat bananas in peace. Carmen Soto, Grecia’s caretaker at a local animal rescue, says the amount of food Grecia can eat on his own is far too small to sustain himself, so they have to help him.

What bad humans do, good humans can often fix. Such is the case with Grecia. The bird will soon be fitted with a 3D prosthetic to help him eat normally again. Once his wounded beak scars up appropriately, Grecia will be scanned and fit with a prosthetic beak. 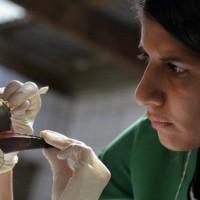 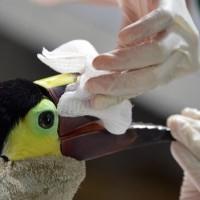 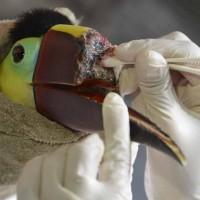 The team who will be aiding Grecia aren’t quite sure how it will work just yet, though. They don’t want to use bonding agents for fear it might compromise what’s left of the natural beak. Small screws may be used instead.

Once Grecia is scanned, the team will experiment with different materials and methods for affixing. the prosthetic will have to be lightweight, durable, and most importantly — Grecia will have to want to use it and not reject his new beak.