The current state of technology is pretty much a compromise when it comes to data storage. HDD’s have high capacities and are cheap but sometimes unreliable while SSDs are thinner, more durable, but also more expensive. On smaller devices, PCIe attached NVMe storage offer speeds that even UFS much less eMMC storage can only dream of but users are mostly stuck with what’s soldered onboard. Toshiba, however, is saying you don’t need to choose with its new XFMEXPRESS form factor that is practically an SSD card not unlike a microSD card.

Removable memory cards are nothing new but even the fastest SDXC class 10 card pales in comparison to NVMe SSDs. While removable M.2 SSDs do exist, they are a lot larger than the usual memory card. That said, due to various constraints and considerations, manufacturers prefer to stick to soldered BGA SSDs which, as the description says, is a permanent and non-replaceable storage solution.

Toshiba’s XFMEXPRESS promises the best of both worlds. At 18 x 14 x 1.4 mm, it is admittedly a bit larger and thicker than both a microSD card or an attached BGA SSD but offers both the portability of a microSD card and the speed of an SDD chip. It is still considerably smaller than the smallest removable M.2, which would help manufacturers optimize the space inside devices. 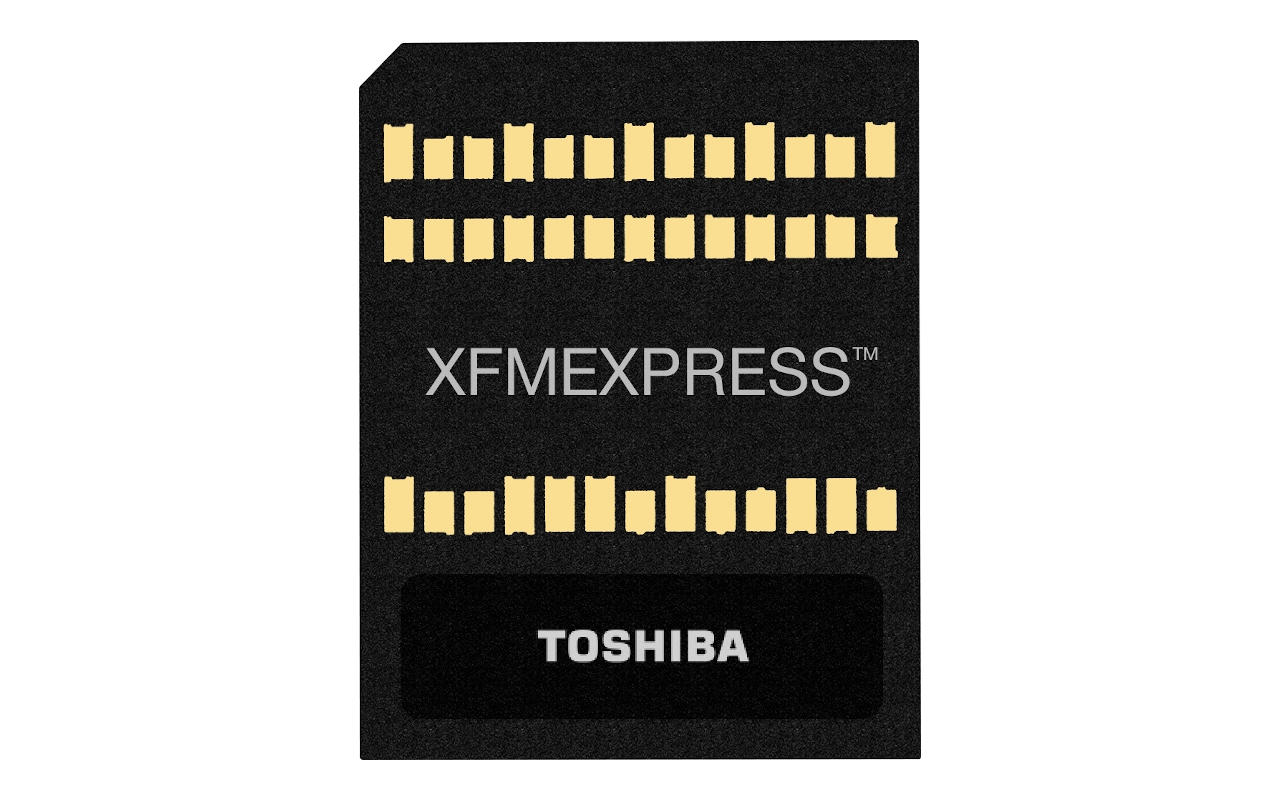 XFMEXPRESS is also future-proof, supporting both 2 and 4 lane PCIe 3.0 and PCIe 4.0. In theory, these lanes can support 4 to 8 GB/s bandwidth in both directions, though the devices that would support those don’t exist yet. The new form factor, however, perfect for future slim tablets, VR headsets, smartphones, and, of course, ultra-slim laptops.

Toshiba’s new memory card also makes use of a unique hinge connect that flips open like some old microSD slots. These connects, being made of metal, can also help dissipate heat from the fast storage crammed in a small space. Toshiba hasn’t yet announced when and where its new XFMEXPRESS technology will be available so don’t expect it yet in the next batch of computers coming later this year.