If Formula 1 has Formula E, what about drag racing? You’re looking at an all-electric drag car by Top EV Racing. Apparently, it’s powered by four newly-developed electric motors by Australian tech company HyperPower Technologies. With each motor capable of pumping out 1,000 kW or approximately 1,341 horsepower, this EV dragster has 5,346 horsepower at its disposal.

The beating heart (or hearts) of all this madness is HyperPower’s QFM-360-X. It’s a relatively small and compact power unit capable of producing one megawatt or 1000 kW, effectively making it the world’s first extreme-duty megawatt electric motor. “This is our planet’s first brutally race-specific electric motor and is a notable milestone for our team,” said Michael Fragomeni, Founder and Managing Director of HyperPower. 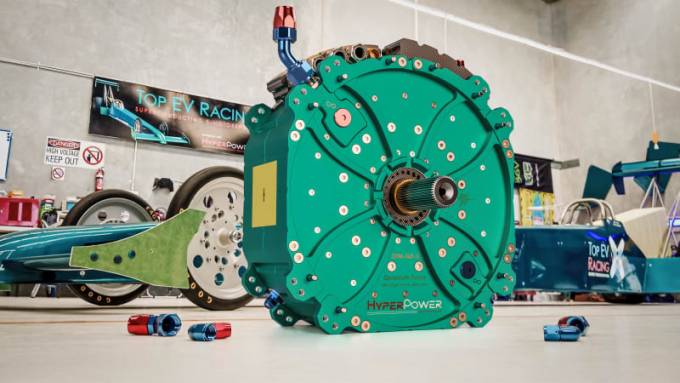 Even though QFM-360-X is intended for racing, it’s well-suited for non-automotive and commercial applications like high-speed rail transport. Measuring no more than 16.9-inches in width (430 mm), the motor can run individually or in tandem with up to ten units via a common shaft. In this arrangement, you have a 10,000 kW power unit, which is enough power to jumpstart the Starship Enterprise.

And this is what Top EV Racing has done to its brutally-powerful EV dragster. But instead of ten, the company managed to shoehorn four QFM-360-X motors in a drag-car chassis. Producing a grad total of 5,346 horsepower, it scoots from zero to 120 mph in 0.8-seconds, 250 mph in 2.9-seconds, and 329 mph in a scant 3.7-seconds. 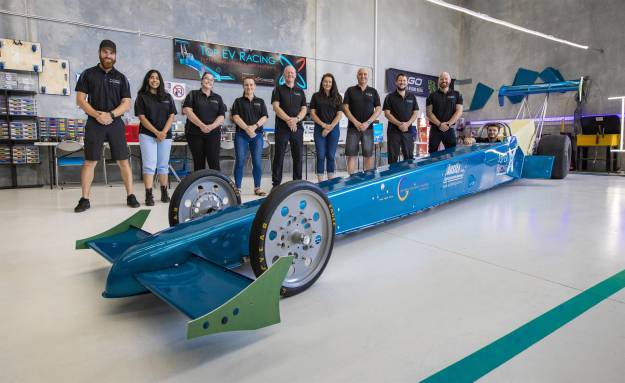 We were curious about how it stacks up in the professional realm, so we did some research. According to the NHRA, Top Fuel dragsters are the fastest-accelerating machines in the world, capable of covering an entire dragstrip in 3.7-seconds at 330 mph. Based on the numbers, it seems Top EV Racing and Hyperpower’s EV dragster is capable of shaming a nitromethane-fueled drag monster or break some speed records along the way. 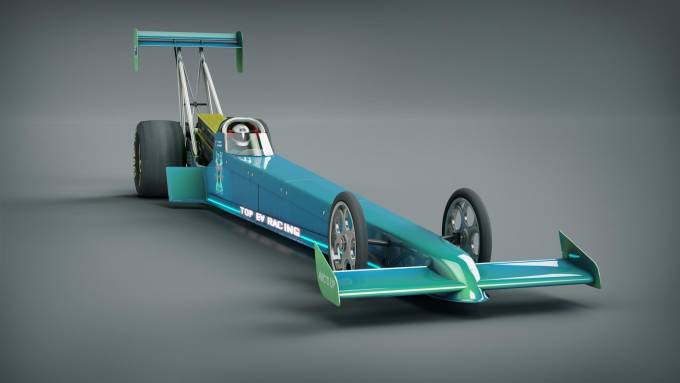 In fact, Top EV Racing is aiming to break the existing land speed record of 380 mph (612 kph). If it does, it’ll become the fastest-ever four-wheeled vehicle to roam the planet.

That’s almost half the speed of sound, and the company claims the driver can experience upwards of 7.3 G and minus 6.2 G when accelerating and braking, respectively. Astronauts during a rocket launch can experience up to 3 Gs of force, so it’s not hard to imagine the savagery of this all-electric drag racer.