This morning Respawn Entertainment and EA Games revealed their first teaser trailer for Titanfall 2. It’s been a couple of seasons out, now, since the first Titanfall was released, and the companies have been bashing about since then, creating another mech warrior game that – this time – appears to be ready to give you a bit more freedom in how you’ll be tearing your opponents apart. In the first Titanfall, it’s a lot more about the guns. In this one – we’ve just seen a sword. It’s a big-time sword-fighting action brawler, for that we can cross our fingers without a doubt.

For those of you that haven’t played Titanfall – the first version – the thing you see in the center of the frame in this trailer is a sort of landing pod. From inside come a set of troops that are generally fairly easy to destroy – especially if you’re in a position to toss a grenade in to the pod just after it’s landed.

If you’re a Titan, you’ll find pods to be like shooting turkeys in a barrel. Once they’re out, they can also readily be stepped on.

In this trailer, it seems as though they’ll easily be cut to pieces, too.

There are also animals crawling around in this teaser, and it would SEEM – though we might be crazy on this one – that there’s a low rumbling of a dinosaur gut. That might just be madness. Though we DID see quite a few odd creatures not unlike dinosaurs in the first game.

Below you’ll see the one big image shared by the company thus far – a background from their homepage. Feel free to download and use for yourself. 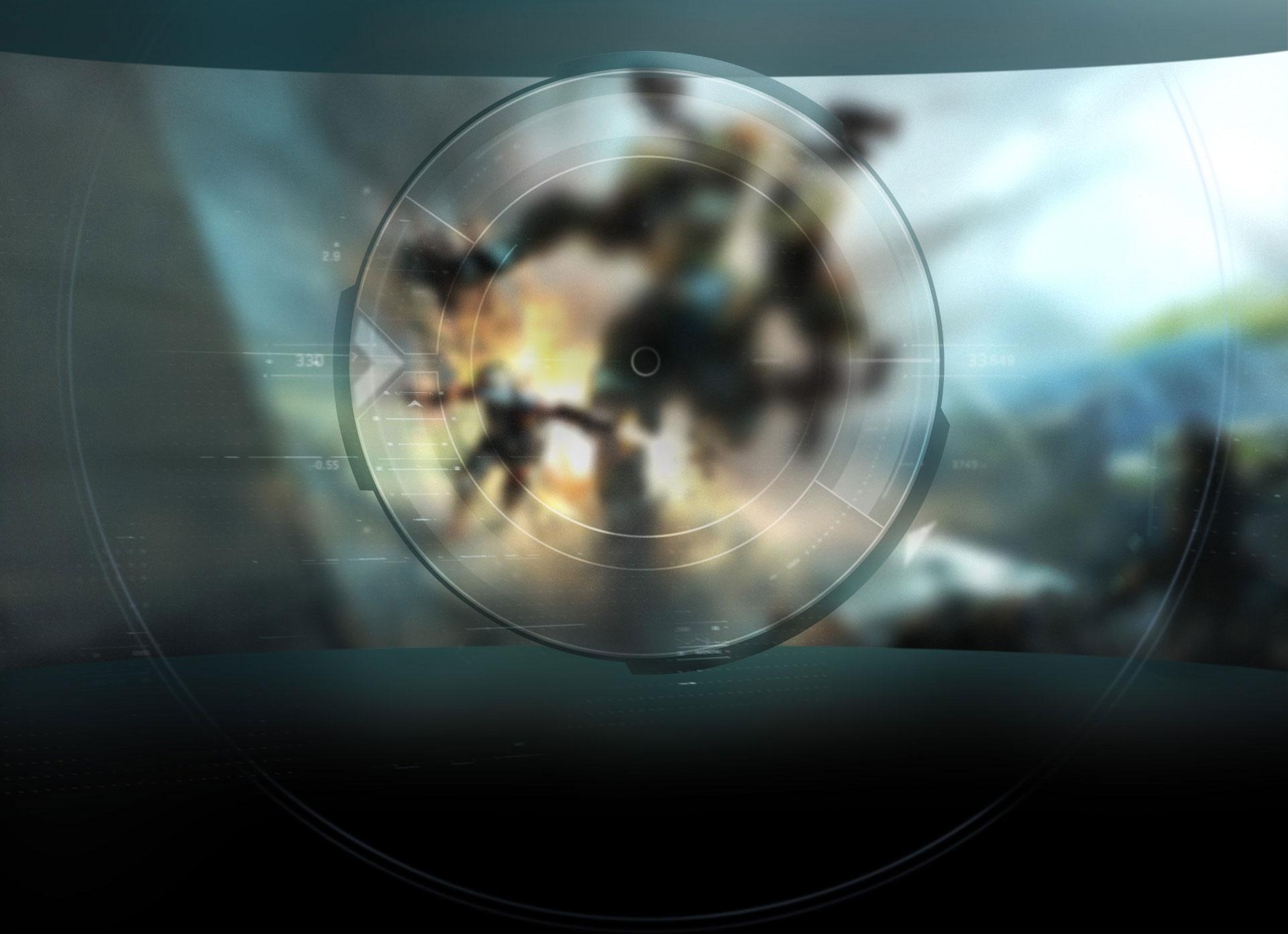 Of note is the fact that EA has confirmed that this game will be released for PC, Xbox One, and PlayStation 4. That’s different from the first game, which was only released to Microsoft’s Xbox One and Windows PCs.

The full “reveal” will take place on June 12th, 2016. Not sure when the game will be released, but we’re crossing our fingers for a few weeks after that, at latest.