Today the folks at Oak Ridge National Laboratory, NVIDIA, and Cray have brought on the next generation of accelerated computing with not just a re-naming of the Jaguar supercomputer, but integration with NVIDIA’s solutions for GPU-powered greatness. This update turns the Titan (as it is now called) into the flagship accelerated computing system – the flagship for the whole world, that is. This is now a 200-cabinet Cray XK7 supercomputer working with 18,688 notes – AMD 16-core Opteron plus NVIDIA Tesla K20 GPUs – enough to change the way we work.

This project is a next-level teaming of the Cray XK7, the “most scalable supercomputer” on the planet, and the NVIDIA Tesla K20 GPU, aka the “world’s fastest accelerator.” This combination beings on CUDA and Open ACC programming and new features that expand programmability far beyond what’s been available before, and with the NVIDIA GPU units being used now, they’re working with 3x higher performance per watt. This means one whole heck of a lot less power consumed for the same tasks as were being performed before. 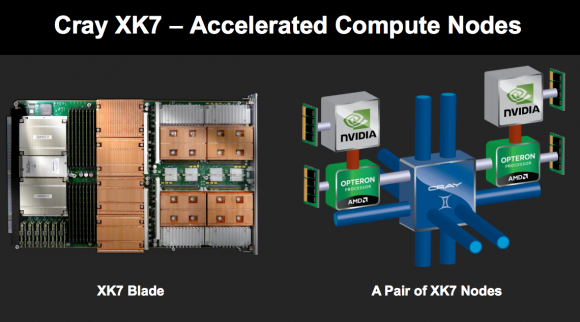 This supercomputer is currently in the acceptance process for a series of scientific applications. The program that surrounds this unit is made to expand the access groups have to supercomputing, judging each application for a program individually and giving them time based on the percentages allotted to each of the following: Plasma, Nuclear, Materials, Engineering, Earth Science, Computer Science, Chemical Science, Biology, and Astrophysics. This is all done through the US Department of Energy’s INCITE: Innovative and Novel Computational Impact on Theory and Experiment. 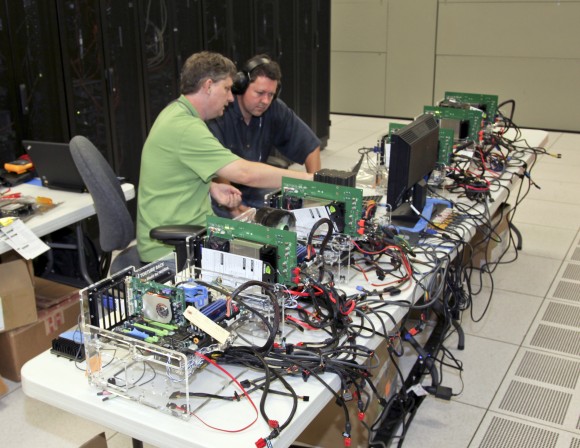 This program has seen a record number of proposals, with demand being approximately three times larger than they’re actually able to supply. Have a peek at the gallery below to see a few examples of what these applicants are proposing: