Despite the controversy it is still involved in in the US, TikTok has pretty much become of the new household names even in mainstream media. The short video sharing network has attracted not just thousands if not millions of users but also brands that want to tap into that massive pool of potential customers. Those sometimes come in sponsored content or even ads but there are also other promotional partnerships available, such as this new tie-in with Apple Music that will give new subscribers an extra month free when they sign up.

The mechanics of the promotion is simple but is difficult to catch. The Apple Post says that it only appears through a notification on the TikTok iOS app and there’s no way to make appear manually. You’ll have to keep your eyes peeled, then, to catch it before it disappears.

The promotion actually highlights TikTok’s official playlists on Apple Music but new subscribers won’t be limited to that, of course. While it’s always possible to subscribe to Apple’s music streaming service from anywhere, doing so through the TikTok app on iOS earns you four months of free Apple Music. The regular trial period only lasts for three months. 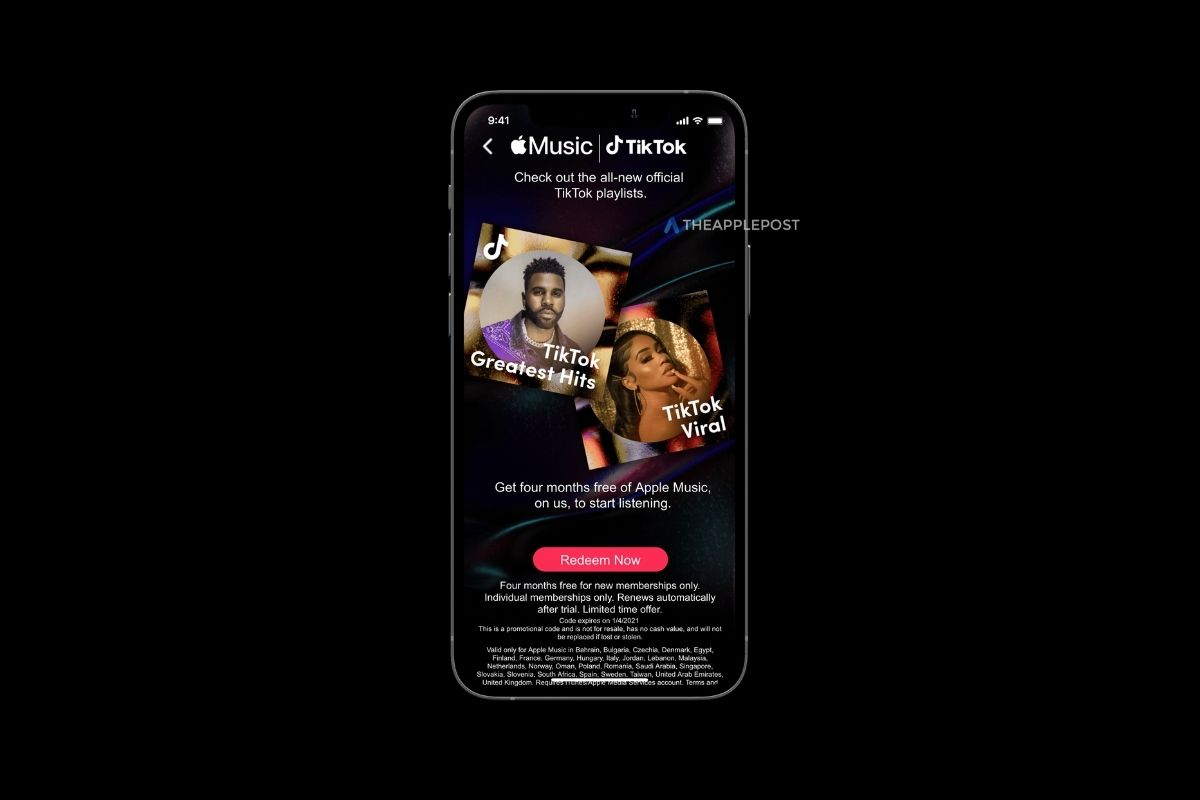 The one hard requirement, other than the TikTok app, is that the Apple ID that will be used to redeem the promo needs to have a registered payment method attached to it. That’s for Apple to be able to instantly charge subscribers once the trial period is over, presuming they don’t forget to unsubscribe before then.

Such kinds of promotions aren’t that new for Apple Music who partnered with Shazam (which Apple owns anyway) for a five-month trial period for new subscribers. This partnership with TikTok, however, does show how aggressive Apple’s marketing is becoming, especially considering the social network’s still uncertain future in the US. The TikTok-Apple Music promotional campaign will last until January 3, 2021, and available only for select countries.