Back in October we first mentioned the next generation in image capturing, that being the Throwable Panoramic Ball Camera as developed at Professor Marc Alexa’s Computer Graphics Group at Technische University in Berlin – today what we’ve got is a whole new batch of details on the ball as well as a renewed call to action by the group as they start their search for a third party to license out further development and production! We’ve also got this nifty photo of the ball as it currently appears opened up, guts exposed and everything – how about that? Is this the panoramic third dimension of photo collection you’ve been waiting for all your life?

What we’re looking at here, as details revealed this week will tell us, is a ball that has a diameter of 19.3cm. That’s just a bit bigger than something you’d normally carry around in your purse, but not so large you’d feel totally awkward tossing it around in the park. The diameter includes 1cm of protective foam all around the ball so if you drop the 752g of ball to the ground, you’ll more than likely not need to have a heart attack over your dropped camera. 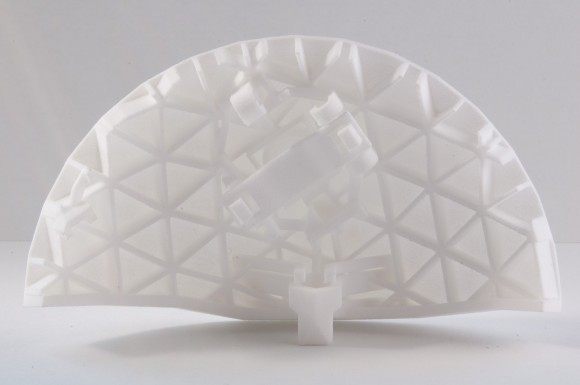 The material underneath the padding is interesting in itself, it being 3D printed by Shapeways in a PA 2200 printer using SLS (Selective-Laser-Sintering). You can see above and in the gallery below how bits of the ball were produced in white, printed in 3D by Shapeways in their “strong yet flexible” masterful way. Have a peek here at a video made by Shapeways to show their printing process:

The center of the ball is weighted by the lithium-polymer battery the whole rig runs on. As for how the camera actually works, the most basic way to explain it is that upon tossing the ball into the air, the microcontroller inside the device processes data that comes from the accelerometer, finding the highest point the ball will reach, snapping its collection of photos there, falling then back down to the ground. Here’s how the team at TU, Berlin, explain it: 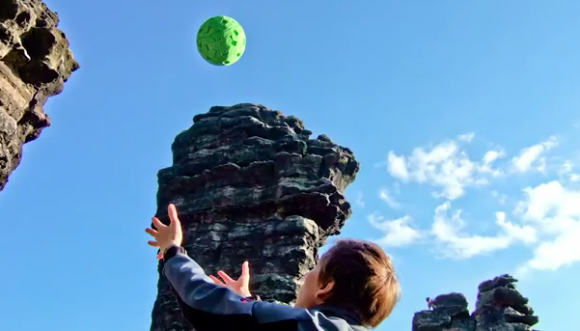 The microcontroller on the mainboard processes the data from the
accelerometer, integrates (sums up) the acceleration during launch and
from this calculates the launch velocity (speed at the moment when the
ball leaves the throwers hands)
• From the launch velocity it’s easy to calculate the rise time to the
highest point in the trajectory.

The ball is already in free fall when it flies up — one can visualize that fact when one knows how accelerometers work:
• There is a little test mass on a spring
• One measures the elongation of that spring
• When you hold the ball in your hand, the spring gets pulled down by
gravity.
• When the ball flies up, the spring retracts and ball, accelerometer and test mass fly happily next to each other.
• There is no difference between going up or down 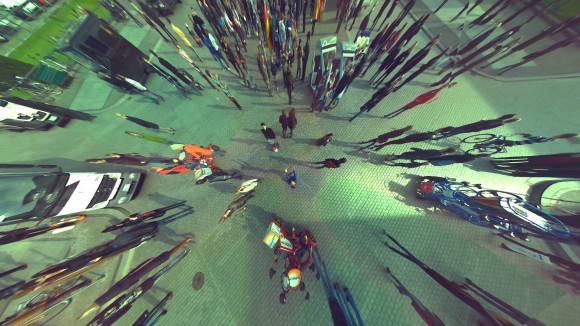 Again that means essentially that you’ll end up getting a photo right at the top of your ball’s toss, and up there the photos are each taken individually (all at the same time) by the array of cameras around the ball. These images are transferred from the ball to your computer at home via USB where you can blog the heck out of them. Sound like the most fun you’ve ever had in your entire life with a ball able to take photos?

Have a peek at a few more example shots below, the demonstration and presentation video here again above, and let us know what you think of this project as its being developed in full. Also if you happen to know anyone in a position to make this project push forward into the future of full production, be sure to let us and our main man Jonas Pfeil, who has been so kind as to play a main part in the production of this ball and the promotion of the project as well – thanks Jonas! Contact the team through their project site and get pumped up for the future! We look forward to a the inevitable production model!