This whiskey glass lets you enjoy booze in microgravity

Japanese distillery Suntory has already sent a batch of its finest whiskey to be aged in space, but what about when it comes time for astronauts and other space dwellers to partake of a drink? Whiskey deserves something more dignified than a vacuum-sealed pouch with a straw. That’s why distillery Ballantine, with the help of Open Space Agency’s James Parr, has designed a glass specifically drinking whiskey in microgravity.

The drinking glass is constructed from a few key parts, namely a stainless steel convex base plated in rose gold, which enough surface tension to keep the whiskey in the glass and not float away in a gelatinous blob. The upper portion is a piece of 3D printed medical-grade PLA plastic with a channel that curves around the glass and up to a gold mouthpiece that is sipped from.

As the concept demonstration video above shows, the bottom also contains a one-way valve that fits with a custom nozzle on a whiskey bottle for futuristic, space-age drink pouring. While the liquid may stay put, the drinking glass itself is prevented from floating away by a magnet in the base. 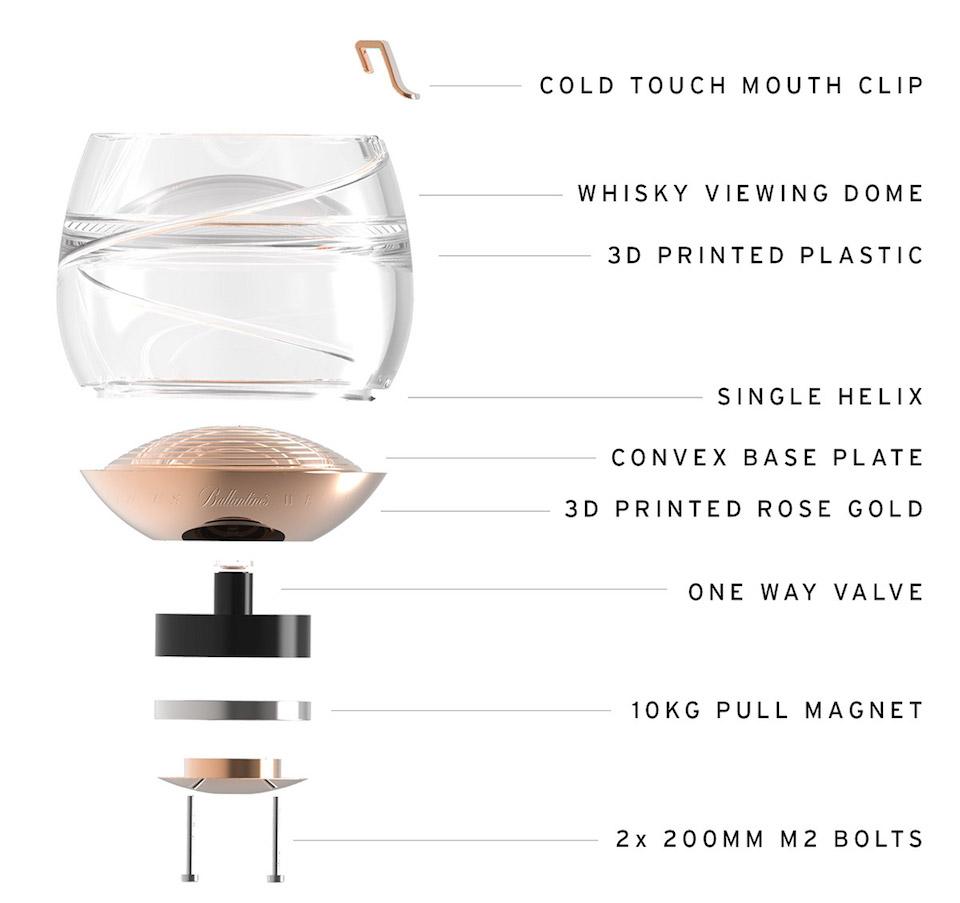 Another video below shows some of the design process that Parr went through in making the glass, while Ballantine has shared a full write-up on Medium. Sadly, it seems we are many years away from being able to use it to drink whiskey freely in space, and it doesn’t seem like there are plans to actually sell the piece, so it mostly remains an act of marketing. Albeit, a very cool one.