A scientist from ETH Zurich called Marcel Schuck is working on the development of a robotic gripper that can manipulate small and fragile objects without having to touch them. The technology that the researcher is working on is based on sound waves. Schuck’s invention is a robot arm with a pair of semi-spheres that look like the earcups to headphones.

Between the two larger semi-spheres is a small sphere that is hovering in the air held up by ultrasound waves. The phenomena is known as acoustic levitation. The scientist is developing a way to lift and manipulate small objects without touching them. This is a relevant technology in situations where damage to small components can cost money.

The tech would be useful in the watchmaking or semiconductor industry. Traditional grippers are prone to damaging small components. Some grippers are soft and can handle the components without damage. However, these grippers are subject to contamination. The soft grippers offer only limited positioning accuracy.

The way the no-touch method works is by using ultrasound waves that humans can’t hear or see. Pressure points are created where the ultrasound waves overlay each other, and small objects can be trapped between those points and seem to float in the air. Right now, the tech is in the prototype stage, and the small loudspeakers indie the half spheres were created using a 3D printer. 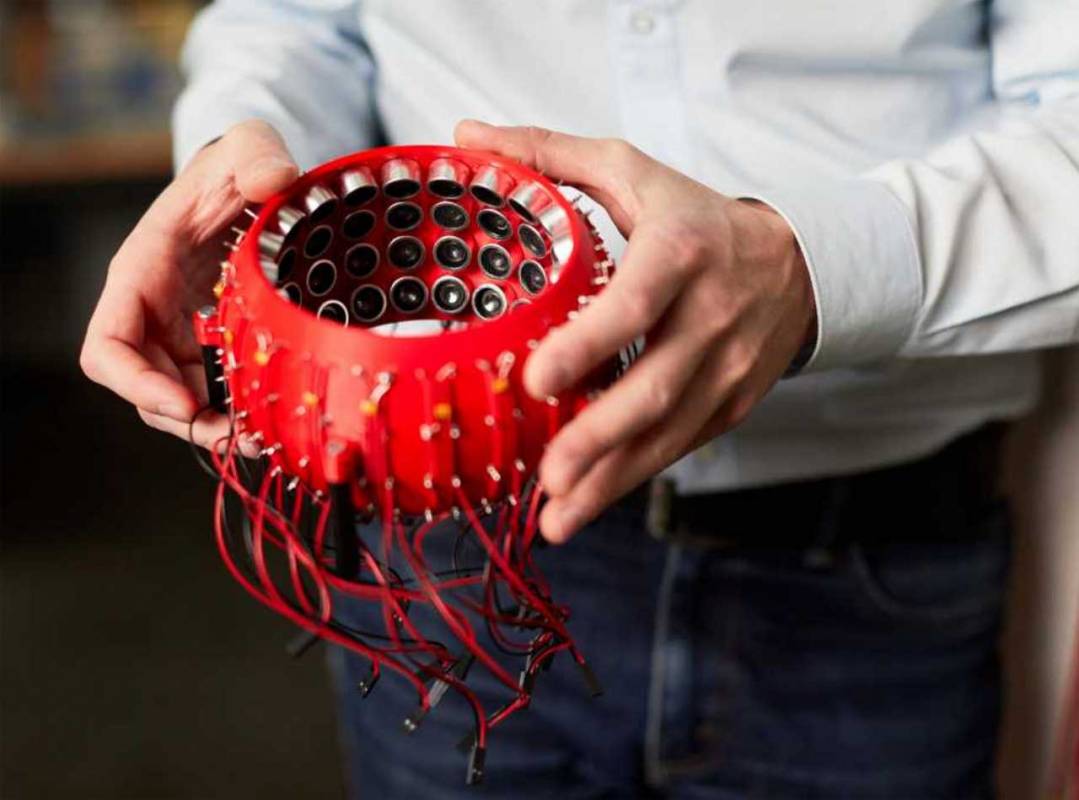 Further development of the tech is underway with a goal of changing the position of the pressure points so that the position of the object suspended can be changed in realtime. If the team is successful, this tech would also mean a robotic gripper that can handle any shape. The researcher hopes to start a company to push the new gripper.