This robot clings to the ceiling using a vibrating disk

Researchers at the Bioinspired Robotics and Design Lab at UCSD have revealed a new robot design that’s able to stick to smooth surfaces using a vibrating motor attached to a flexible disk. According to the research paper published on the topic, the complicated explanation of how the system works is described as “the fluid mediated adhesive force between an oscillatory plate and a surface.” The robot created by the researchers features a 14-centimeter diameter flexible disc vibrating at 200 hertz.

That vibrating disc can generate a thin layer of low-pressure air between the disc and the surface it’s adhering to. The low-pressure air layer is less than one millimeter thick, but it’s able to resist a 5 N force pulling on it. The process essentially creates a suction effect that doesn’t require the disc to be constantly sealed against the surface.

Since the robot doesn’t require the disc to be consistently sealed on the surface, it can move around without breaking adhesion. Researchers have created a robot with a significant advantage using this new system because it is essentially as simple and cheap as a smooth-surface climbing robot can be produced at smaller scales. However, the project team does admit there are downsides to the design. 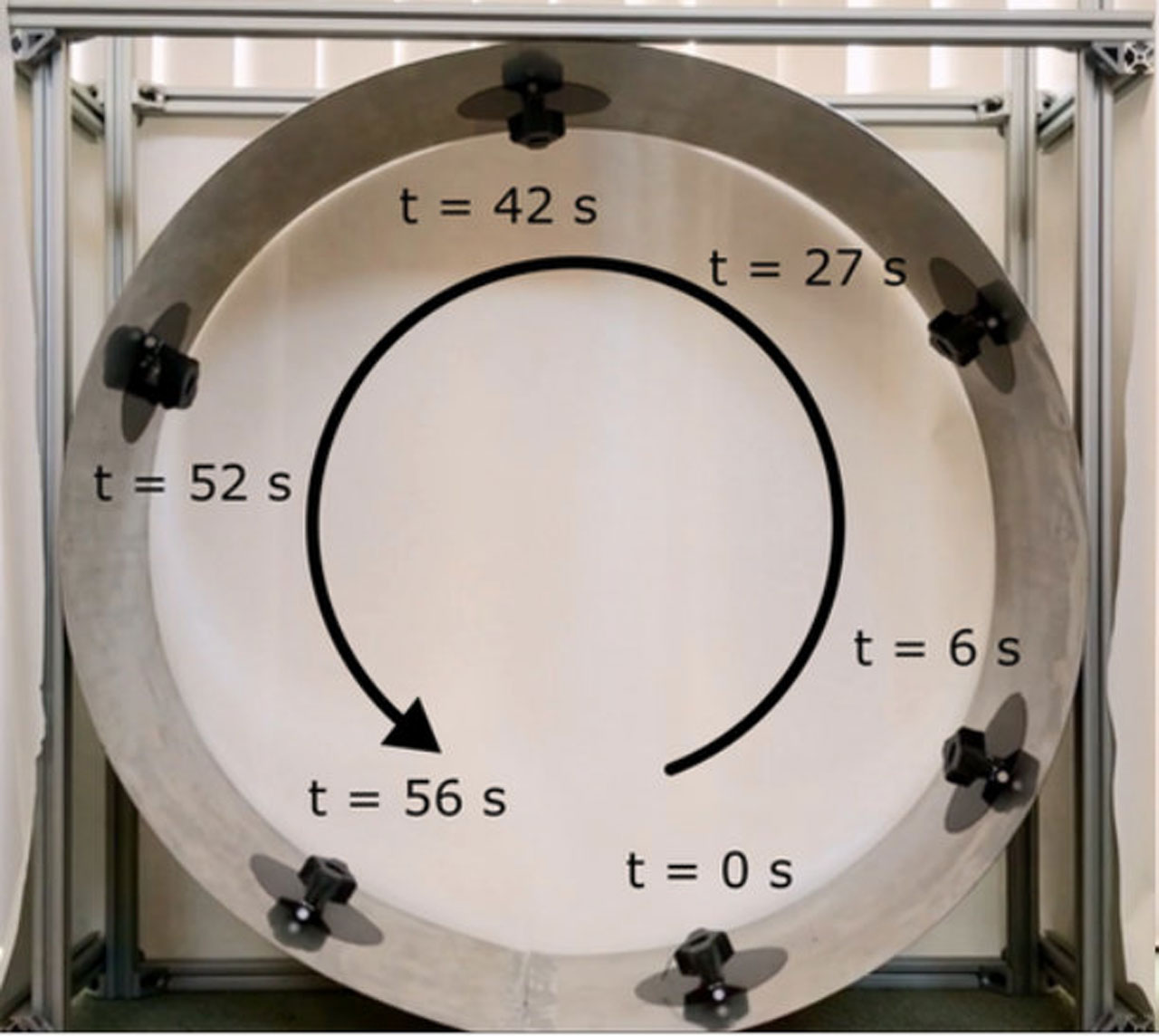 The biggest downside is noise. 200 hertz is a frequency that humans can hear. Another caveat is that the robot has to be in operation at all times. If it stops running, it loses its adhesion and will fall. Scientists on the project also note that the robot seen in the video below is the sweet spot in terms of size for the technology. Reducing the size below what’s seen in the video means the motor makes up a disproportionate amount of the device’s overall weight.

However, going larger increases mass faster than adhesion increases. Some limitations could be bypassed by combining several disk geometries to achieve the desired load capacity. Research into the technique is ongoing.