This nasty old skull, the oldest human genome, and a cow DNA mistake

The skull you’re looking at was in pieces when it was discovered. After a whole heck of a lot of work, the physical remnants were put together again for this photo. But it’s the tiniest of pieces we care about today. It’s the DNA this 45,000 year old skull provided that’s placed it in the headlines this week.

Courtesy of this skull from Zlatý kůň cave in Czechia (near Prague), we now have some very, very old DNA. With what’s been analyzed in this skull, humanity has the new record holder for oldest modern human genome yet reconstructed.

This skull belonged to a human that’s also the earliest known modern human yet discovered in Europe. Per findings published in a research paper in Nature Ecology & Evolution, segments of Neanderthal DNA suggest that it is more than 45,000 years old.

Researchers refer to the skull as Zlatý kůň (golden horse in Czech), as a name of the original living being who used said skull. This name is also given to the cave in which the skull was found. 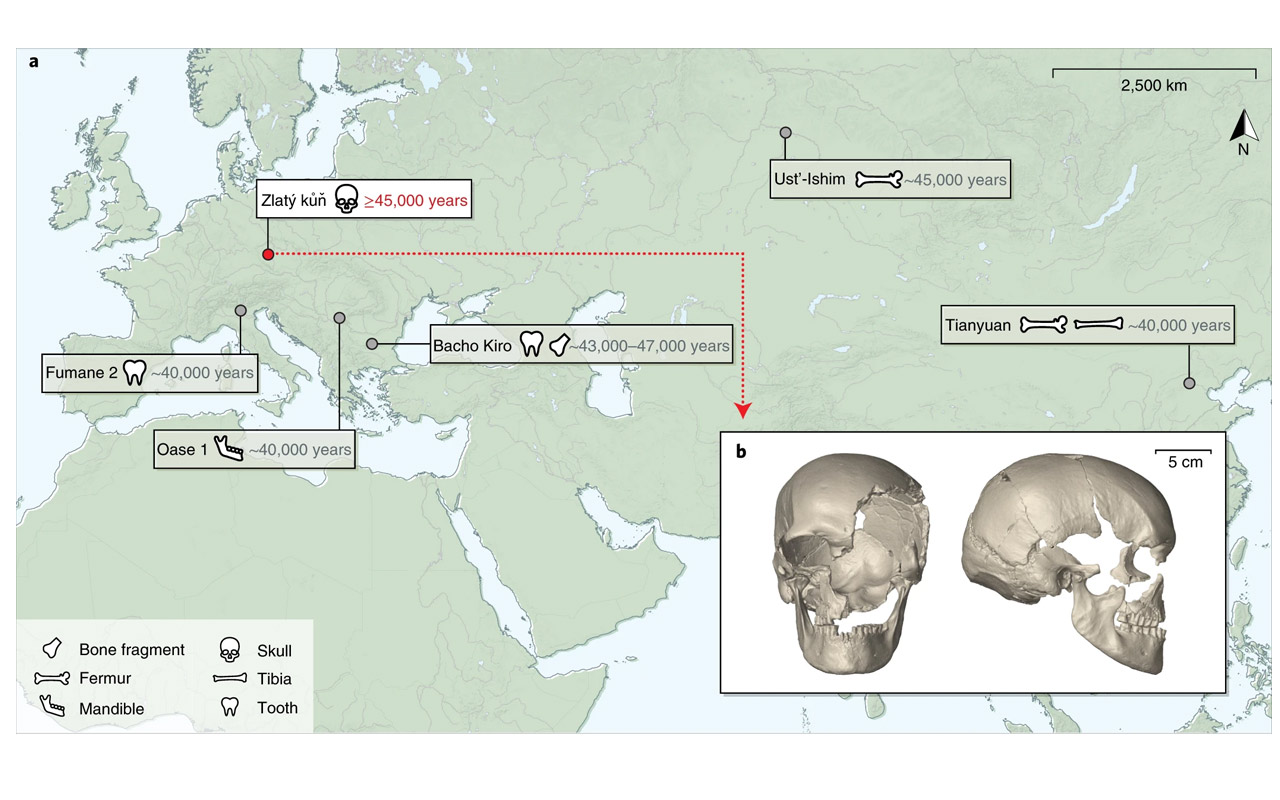 Also of interest with regard to the reconstruction of the visible bits of the skull were remnants of cow DNA. This isn’t the first time this skull has been studied – earlier study of the skull had its age 10,000 years younger – or more. The authors of this study went on to identify the cow DNA as different from that of modern-day laboratory contaminants.

“Taken together, these results suggest that the Zlatý kůň skull has been preserved with glue from cattle that penetrated into the sequenced petrous bone,” says the study. In other words – when the skull was first discovered in modern times, it was put back together again by researchers who held said pieces together with glue made from materials taken from cows. Glue was even nastier back then than it is now.

Learn more about this skull

To learn more about this skull and the DNA extracted from it, take a peek at the research paper “A genome sequence from a modern human skull over 45,000 years old from Zlatý kůň in Czechia”. This paper was authored by Kay Prüfer, Cosimo Posth, He Yu, Alexander Stoessel, Maria A. Spyrou, Thibaut Deviese, Marco Mattonai, Erika Ribechini, Thomas Higham, Petr Velemínský, Jaroslav Brůžek, and Johannes Krause. You can find this paper with code DOI:10.1038/s41559-021-01443-x as of 7 April 2021 in Nature Ecology & Evolution.