Mercedes isn’t short on luxurious SUVs, but the 2021 Mercedes-Maybach GLS 600 4MATIC takes that concept to heady extremes. The newest addition to the Maybach range, it’s the first truck to bear that badge, though think less along the lines of “off-road hero” and more like “serious luxury presence.”

It’s based on the Mercedes GLS, which itself got a revamp already this week. The Mercedes-AMG GLS 63 is a six or seven seat SUV with 603 horsepower on tap, not to mention extreme optional 23-inch forged alloy wheels. 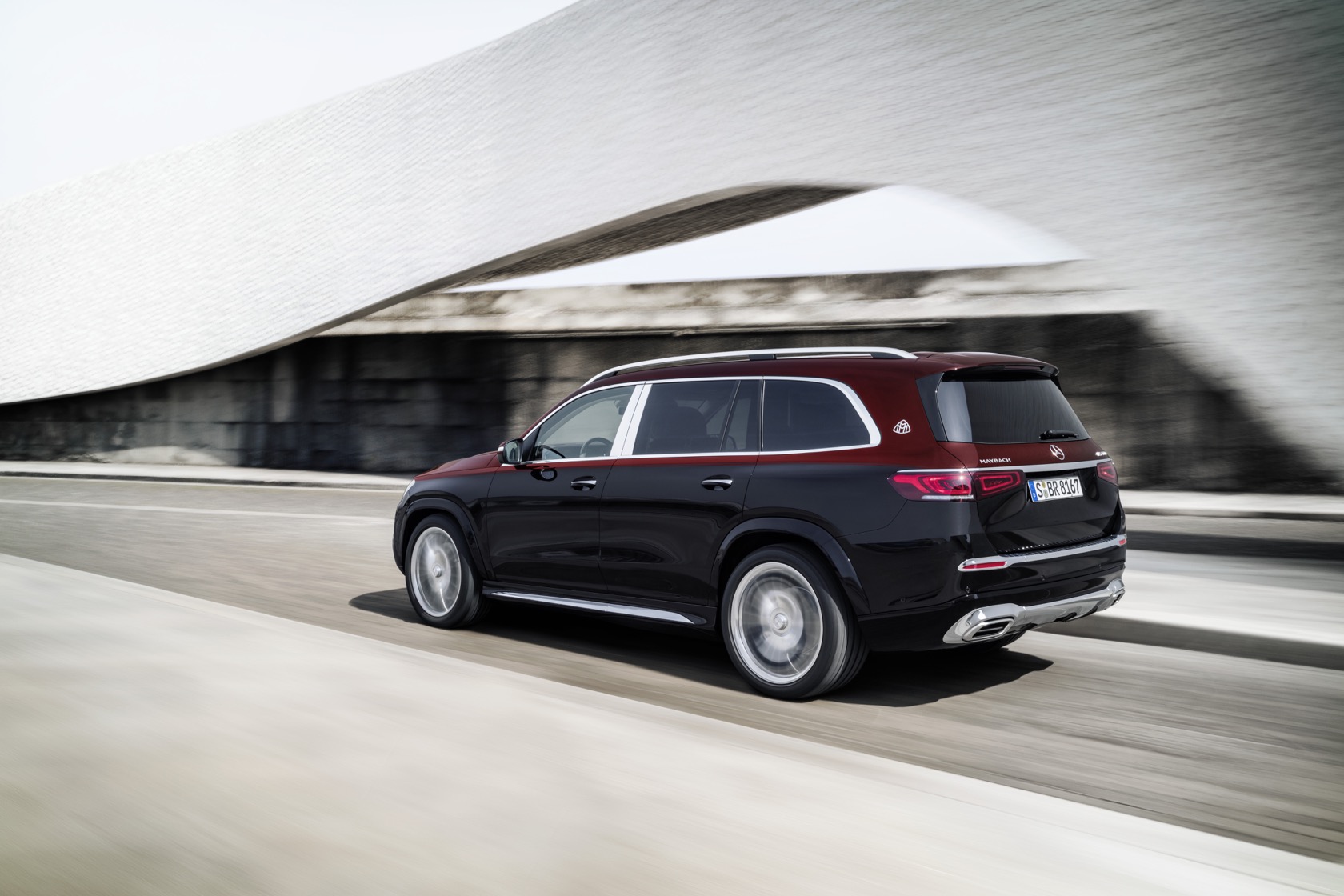 For Mercedes-Maybach, though, the GLS 600 4MATIC takes a somewhat different approach. There’s a Maybach-exclusive grille with striking vertical louvres, along with a standing Mercedes-Benz star on the hood. Maybach logos are projected, and there are full-length, retractable – and, of course, branded – running boards. They swing out automatically and the SUV lowers slightly to make for a more graceful entry or exit.

Plenty of chrome has been added, to the side windows, the side sill panels, and the tailpipe trim. There’s the option of two-tone paintwork, along with a selection of 22- and 23-inch wheels. 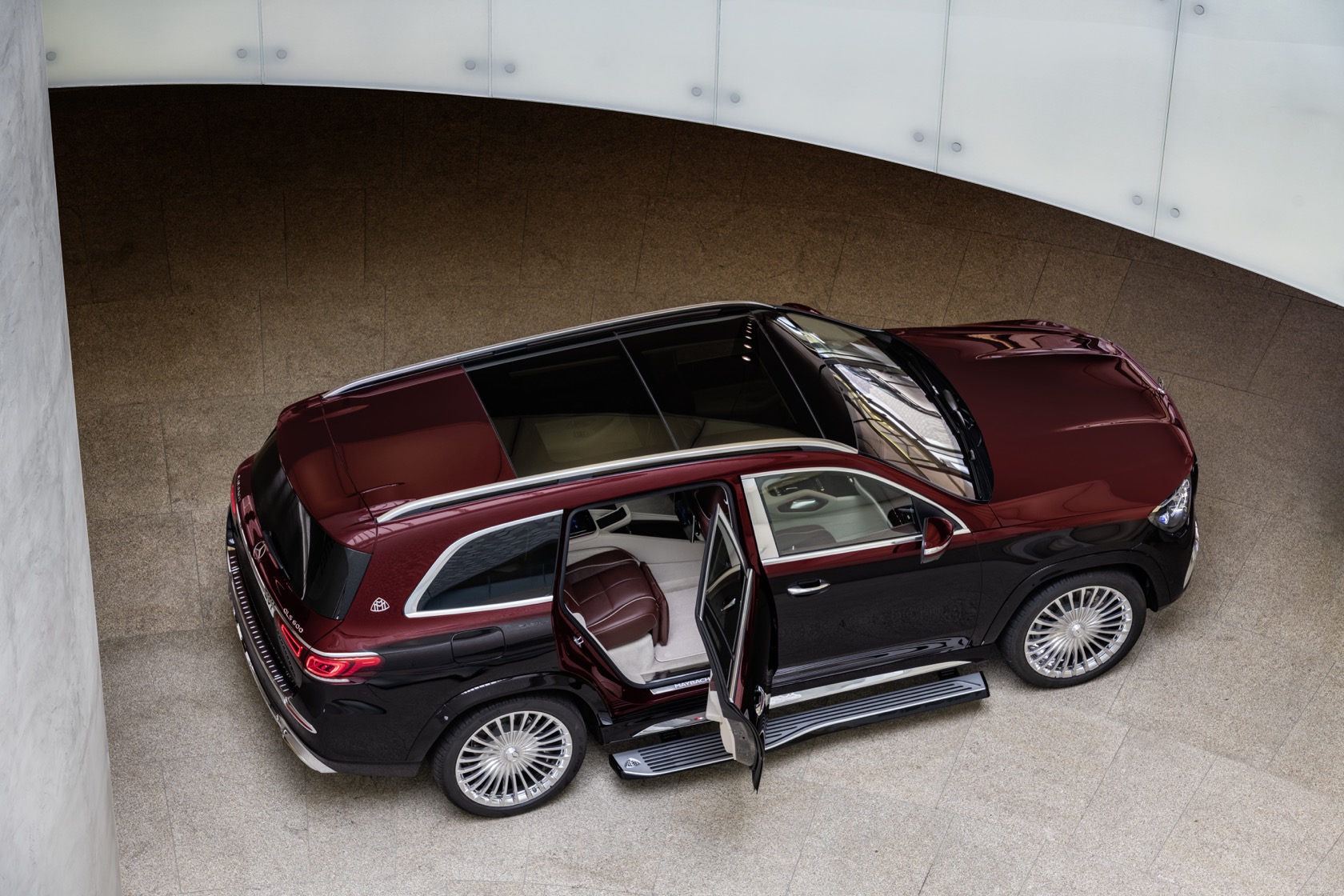 Inside, it’s even more lavish. What would usually accommodate at least six is converted into a four seater with more than ample space. The two outer rear seats power back into recliners, and padded Nappa leather covers different trim and dashboard sections. The Maybach team will happily add extra custom cushions if you so desire. 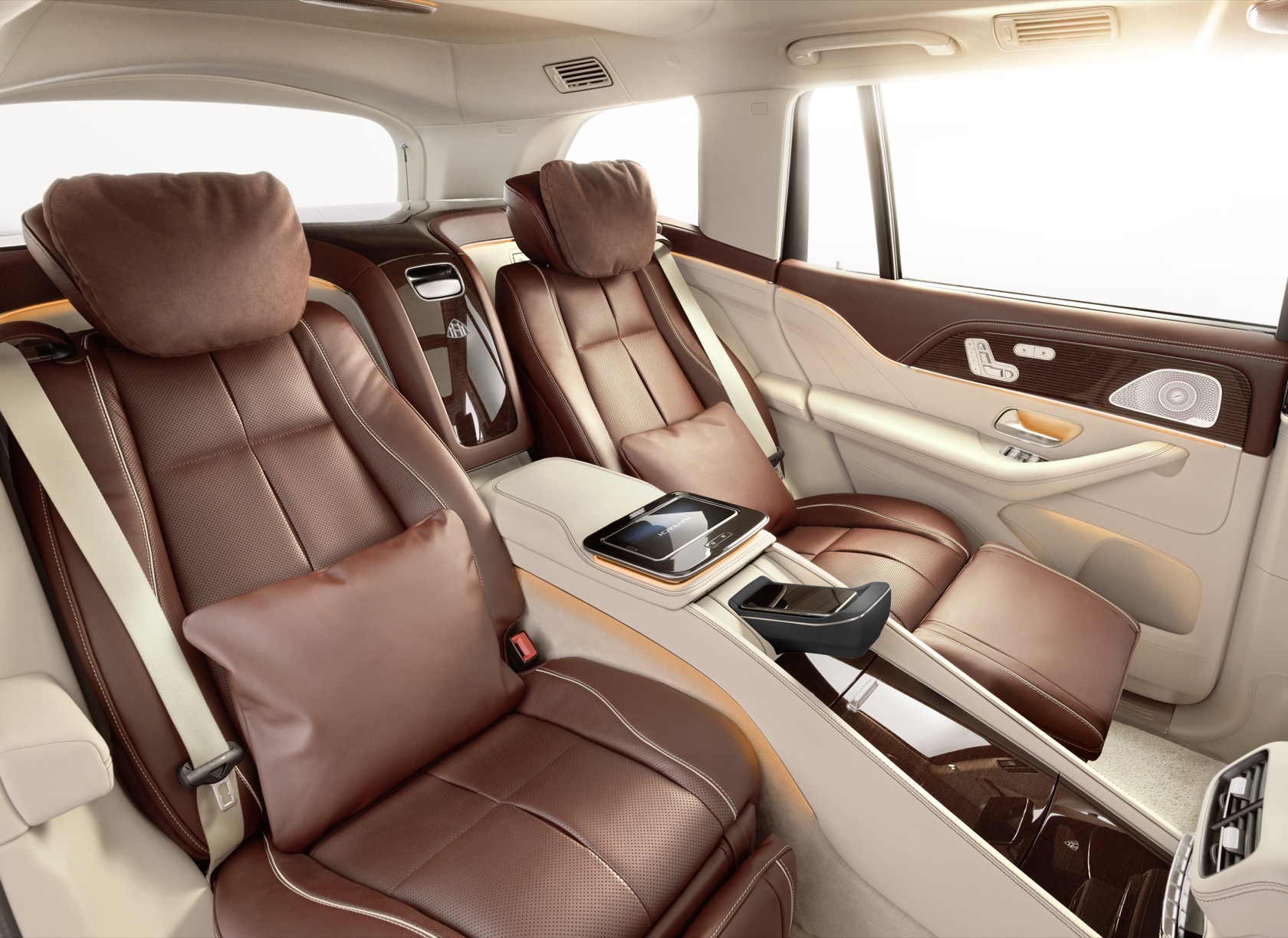 An electronic panoramic sliding/tilting sunroof with an opaque roller blind is standard, and so are heated and ventilated massage seats. As an option, the rear can be equipped with a fixed center console, with extended folding table and a refrigerator. As you’re sipping champagne you can sniff the dedicated Mercedes-Maybach GLS fragrance, which apparently smells of white osmanthus blossom, leather, and spicy tea. 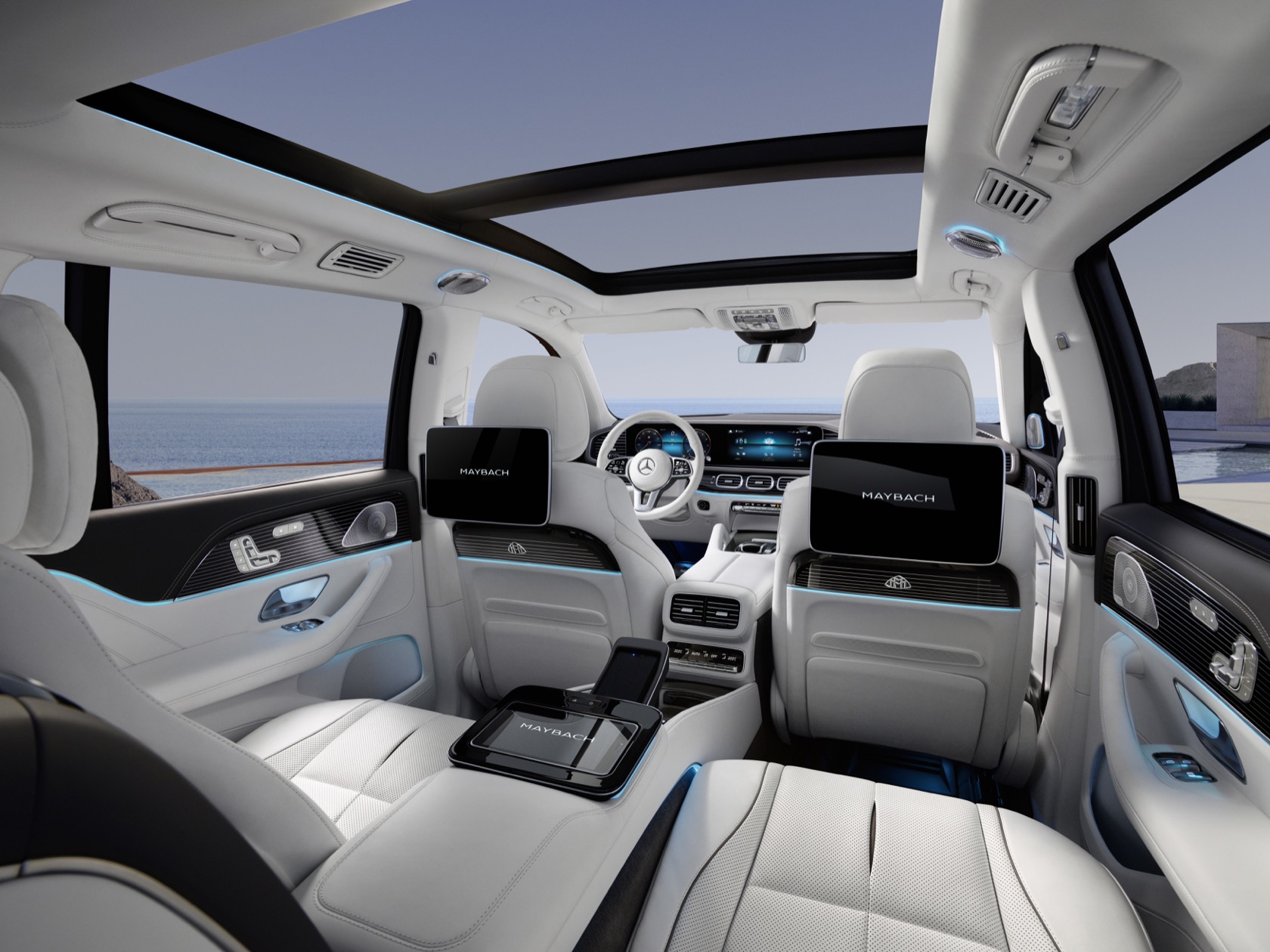 A separate air conditioner for the rear is standard, and there’s a rigid partition between the cargo compartment and the passenger cabin. A new Maybach drive program for the 4.0-liter biturbo V8 engine has been added, for a smoother ride, but you still get 550 hp from the gas engine and 538 lb-ft of torque. Factor in EQ Boost, and you can have up to 21 hp and 184 lb-ft more for a short period. 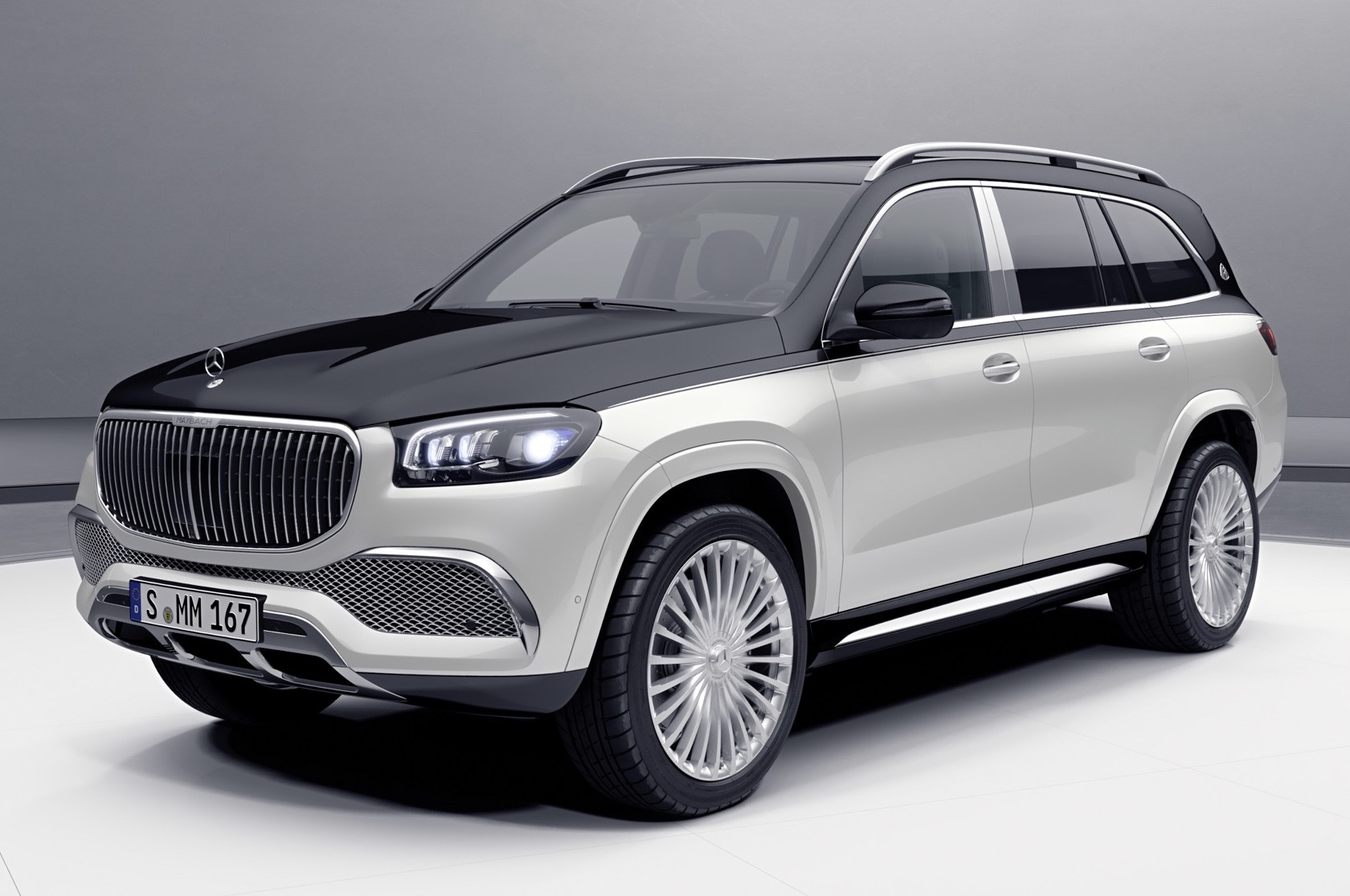 While Mercedes-Maybach’s big unveil may have happening at the same time as the LA Auto Show, the 2021 GLS 600 4MATIC isn’t actually making its debut in the US. Instead, the automaker is signposting just who the likely buyer of the luxury SUV will be, by launching it in Guangzhou, China. After all, well-heeled Chinese drivers – or, more accurately, Chinese passengers – are a rich source of sales for luxury marques like Maybach.

That’s not to say the GLS 600 4MATIC won’t be coming to the US. Mercedes says that the SUV should be cruising into dealerships in the second half of 2020, with pricing to be confirmed closer to that point.