Scientists discover ancient furry creature that outlived the dinosaurs asteroid-and-volcano induced extinction. Just when you think whatever killed the dinosaurs must have been a total live-destroying extinction level event, a tiny rodent arrives. This beaver-like creature was discovered by scientists in northwestern New Mexico’s badlands. Its name is Kimbetopsalis simmonsae, and the example found in New Mexico was around 3-feet long (right around 1-meter). This creature did end up going extinct itself in the late Palaeocene, but before then it went on to reach weights up to 100kg – 220 pounds!

The order from which these animals come is multituberculates, one of the longest lasting group of mammal lineages in the history of the world. In fact at one hundred and twenty million years old, Multituberculata have the second-longest mammal lineage in history, just after Haramiyida.

The earliest examples of this genus existed right alongside the dinosaurs – in much smaller forms. They ran along the feet of the most massive thunder lizards, foraging for plans wherever possible.

Once the dinosaurs went extinct, multituberculates thrived, becoming far more beastly. They stuck to plants for food, however, continuing to have what scientists suggest was “highly complex cheek teeth adapted for herbivory.” 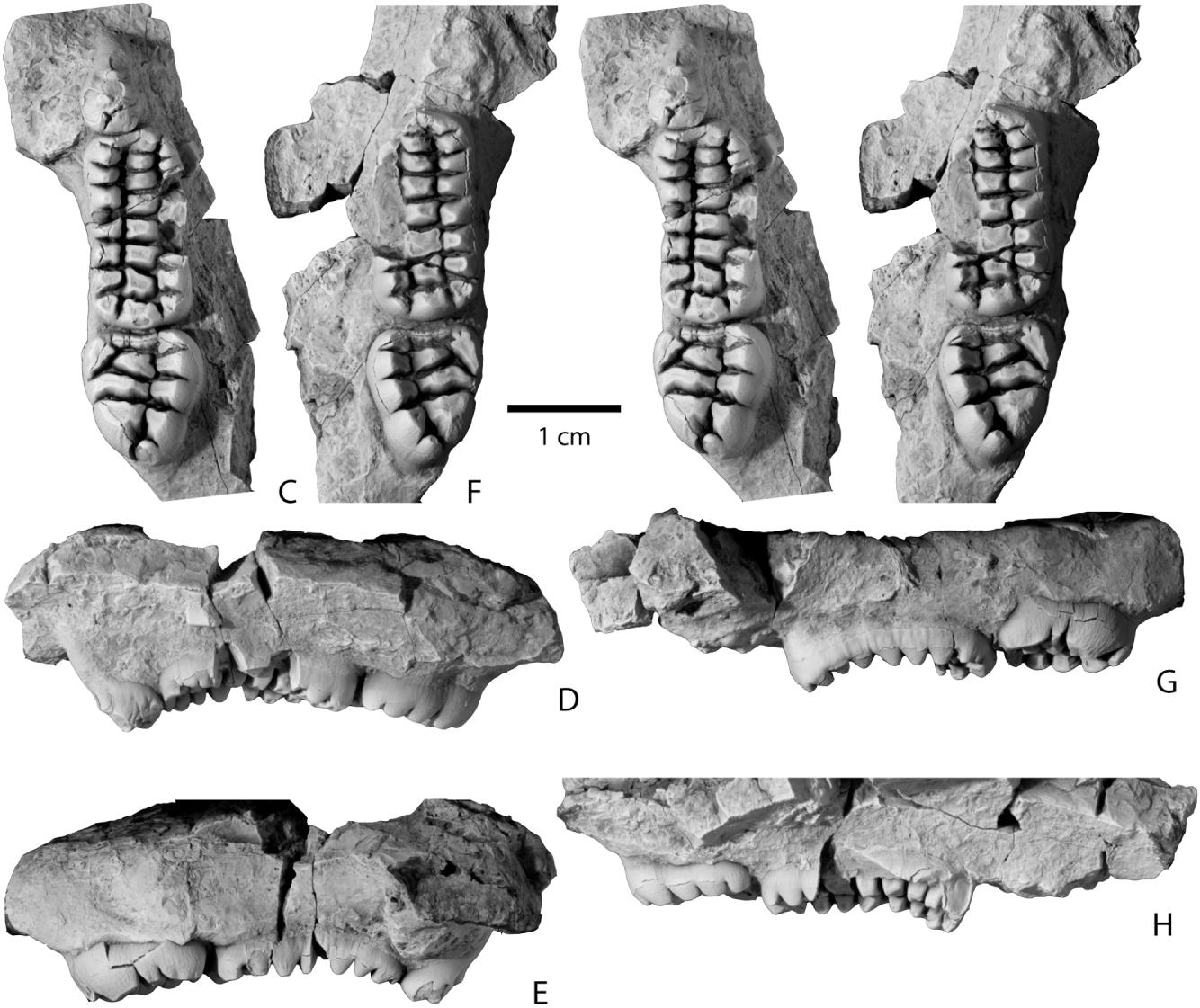 “Mammals survived the mass extinction, but they did not pass through unscathed,” said Thomas E Williamson, one of several authors on the research, New Mexico Museum of Natural History and Science curator of paleontology, via Rueters.

“I think it would be better to describe those survivors as being lucky. A few just happened to have been adapted to survive the catastrophe, probably because they were small, could hide in burrows and eat bugs.” 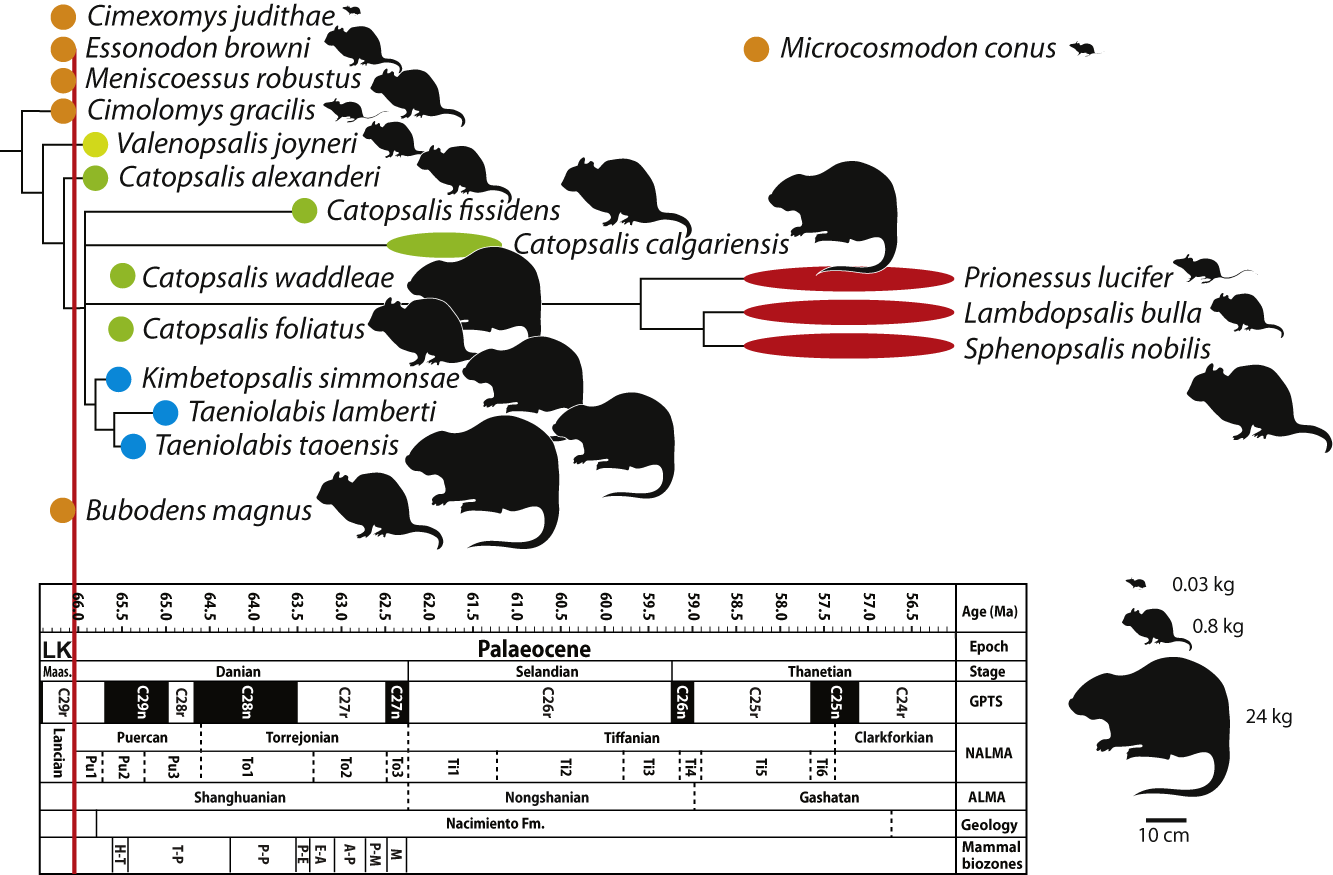 ABOVE: Time-calibrated phylogeny based on the most-resolved consensus tree from scientists’ phylogenetic analyses. Each taxon is accompanied by a silhouette that illustrates the relative sizes resulting from researchers’ mass estimates (Table 4; skull length – m1 estimate).

For more information on this creature, head to the paper “A new taeniolabidoid multituberculate (Mammalia) from the middle Puercan of the Nacimiento Formation, New Mexico, and a revision of taeniolabidoid systematics and phylogeny” as found online at the Wiley Online Library published by the Zoological Journal of the Linnean Society.

This paper was authored by Thomas E. Williamson, Stephen L. Brusatte, Ross Secord, and Sarah Shelley and can be found with code DOI: 10.1111/zoj.12336.