Samsung has one foot squarely in the virtual reality market with its Oculus-powered Gear VR. That doesn’t mean, however, that it can’t put the other foot down on the augmented reality, sometimes called mixed reality, field as well. That does seem to be the case, based on a latest leak that shows a Samsung-branded mixed reality headset. But instead of reinventing the wheel like it is wont to do, Samsung will instead be leveraging Microsoft’s Windows Holographic platform.

There is actually no shortage of third-party Windows Mixed Reality headsets now, thought there is definitely room for more. With HP, Dell, Acer, and ASUS all in on it, it was really only a matter of time before Samsung also jumped in.

Samsung may have an advantage over those. It already has some experience with headsets, though those have been mostly powered by smartphones. It also has stakes in Harman’s AKG, which could give it an edge when it comes to audio.

The one area where Samsung is a beginner like everyone else might be in controller input. The controllers shown in the leaked images seem to be an odd hybrid of the HTC Vive Controller and the Oculus Touch. It was also only this year that Samsung even added a remote control for its own Gear VR system.

Other than how the headset and controllers might look, there is little else known about this Samsung Mixed Reality gear. It won’t be surprising if it touts some of its technologies, like Super AMOLED displays and Exynos chips, when it does make the announcement. That could happen alongside other Windows Mixed Reality headsets that Microsoft is expected to unveil next month. 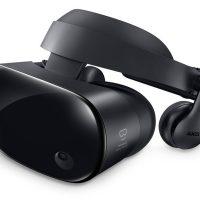 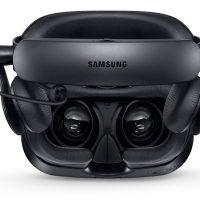 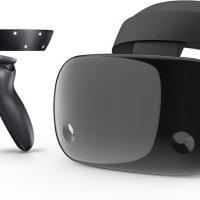 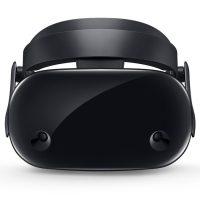