One Australian has come up with a brilliant way of being one of the first in line to buy the new iPhone 6s, but not need to waste several days standing in front of the Apple Store. Lucy Kelly has a telepresence robot, which is basically an iPad on a mini Segway, holding her place fourth in line at the Sydney Apple Store. Kelly uses an app to broadcast her face on the tablet, while also allowing her to communicate with anyone standing nearby.

The little robot is parked under a tent to protect it from the rain, and it’s plugged in to stay charged. Kelly says she will stay awake and broadcast to the robot for the rest of the waiting period, telling Mashable that she “feel like she is there hanging out with the other tech geeks at the front of the line.” Those enduring the cold wind and rain might disagree with that notion. 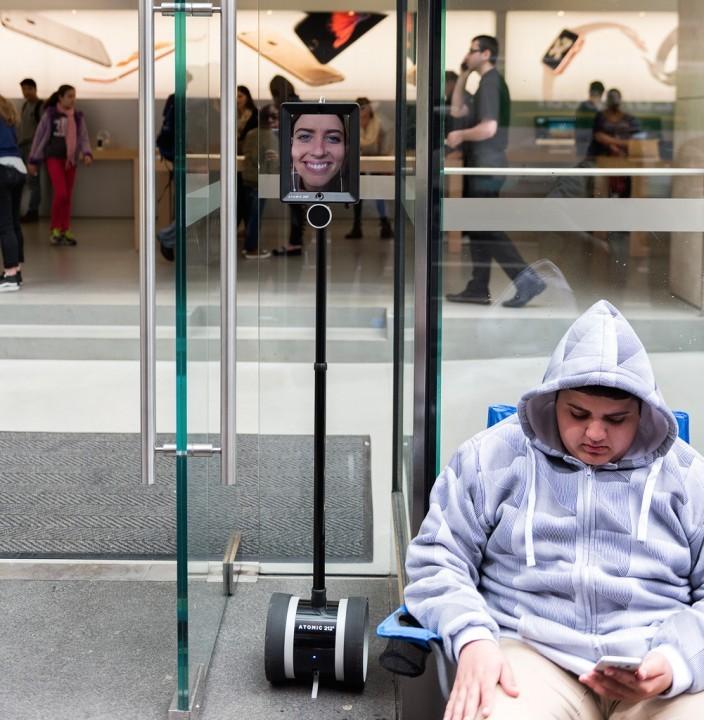 Kelly actually works for a local media agency called Atomic 212, which has built a couple of these robot for their own use. She adds that it was her boss’ idea to put one in line so she could continue working. However, the robot actually has an “Atomic 212” logo on it, so more than likely this double as a clever marketing stunt. 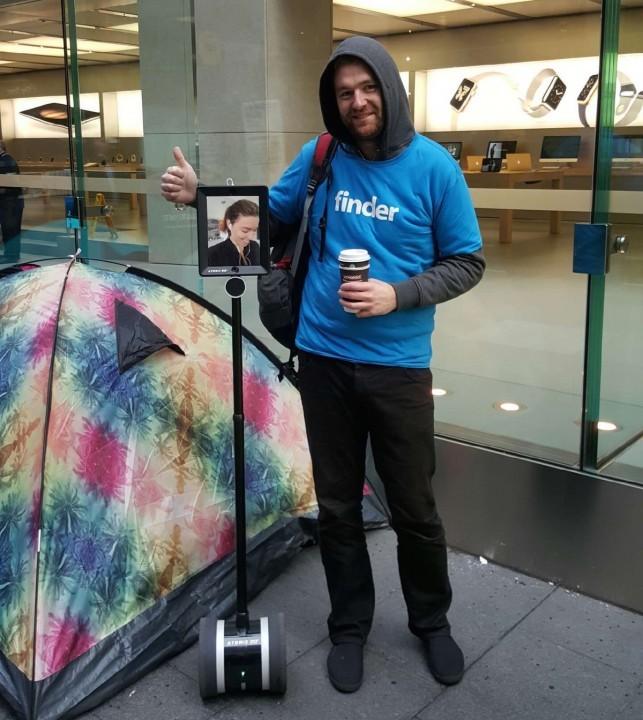 Even more interesting is that Kelly’s plan involves having her actual purchase of the iPhone 6s completed by the robot, without her being physically present. There was no explanation provided of how that would actually work, unfortunately. The other big unknown is if the Apple Store employees will even recognize the robot as a customer in line. Since it’s using an iPad, the odd are probably in Kelly’s favor.