This cheap camera can see details the naked eye can’t

A team of researchers from both the University of Washington and Microsoft Research have managed to build a camera capable of hyperspectral imaging, or photography that can capture parts of the electromagnetic spectrum that humans can’t see with the naked eye, such as near-infrared light. This kind of technology isn’t new, but to find it in a camera means it’s going to be very, very expensive. But the researchers have managed to build it as a smartphone accessory that costs no more than $50.

Dubbed the HyperCam, the device takes 17 photos, each at a different point on the spectrum, then they are all combined into one via software, similar to HDR (high dynamic range) photography. The resulting image should reveal details invisible to the human eye. For example, photos from the device could reveal if fruit is ripe or not, or show details from under the skin, like the veins in the image above. 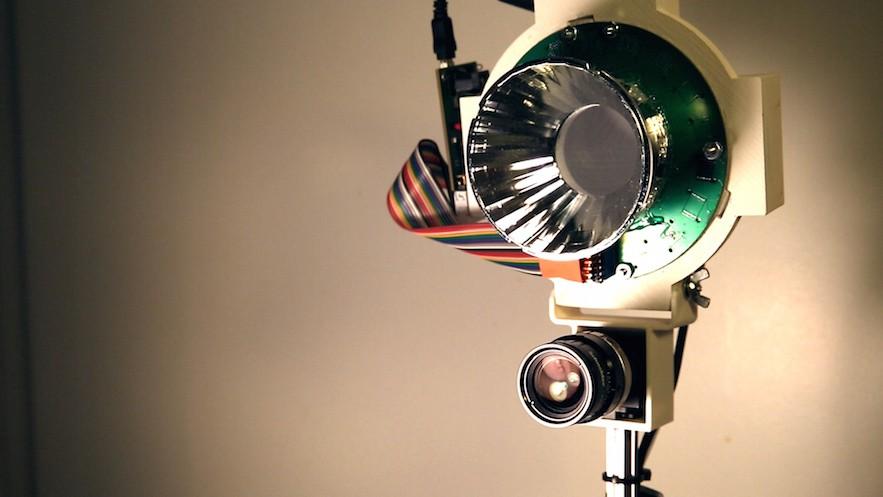 The HyperCam was tested by taking photos of 10 different kind of fruit, and it was able to predict their relative ripeness with 94% accuracy. For comparison, a regular camera was only 62% accurate.

The researchers say the next step is to continue refining the HyperCam and improving what it can do. While hyperspectral imaging is already often used in areas like satellite imaging, energy monitoring, and other commercial fields, it still has a long way to go before the technology can fit into something small enough to attach to a smartphone.