This Blockchain phone is unreal: Sirin Labs, Solarin, and FINNEY

Sirin Labs’ FINNEY device was announced this week as the world’s first blockchain smartphone. Inside the data provided by the company (Sirin Labs) we’ve gotten a fair idea of what could work, what will be difficult, and what will be downright impossible to accomplish. This is a realistic look at what’s going to happen with this device and the rest of the FINNEY device family in the near future.

Back in 2013 the company Sirin Labs was founded to create the most extravagant smartphone in the world. They made a $17,000 device called Solarin, a smartphone made with security as its most primary feature. This phone is either selling so well the company doesn’t need to advertise – or their Solarin website alone is enough, and mega-rich celebrities are buying en-masse.

The co-founder and president of Sirin Labs is Moshe Hogeg. He’s founder of the messaging app Yo and the photo-sharing app Mobli. With Sirin Labs, Hogeg’s raised $25-million in seed money back in 2013, then another $72-million in April of 2016 (lead by Hogeg himself).

The Solarin phone was set to run with a Qualcomm Snapdragon 810 (now replaced by newer chips a couple times over). It would also apparently work with chip-to-chip 256-bit AES encryption, developed in concert with KoolSpan. There was also supposed to be a hardware “Security Switch” at the device’s back which activated “Security Shield” and a 5.5-inch IPS LCD display up front with 2560 x 1440 pixel resolution.

That even after Forbes reported Leonardo Di Caprio and Tom Hardy appeared at the launch of the phone “to lend their support.” That same report claimed that “a queue of celebrities are in line to snap one up” – according in turn to Sirin Labs.

Collapse or just a direction switch?

In March of this year, as mentioned above, one-third of the staff at Sirin Labs were “let go” so that the company could redirect efforts to new hardware. Sirin Labs claimed some sales of their first device, Solarin, and that the device was still available for purchase. But now, here in September of 2017, the device is a footnote in the Sirin Labs website.

The device has its own, separate site at Solarin dot com, a website which does not appear in Google search results for “Sirin Labs”, “Sirin Labs Solarin”, “Solarin buy”, or even just “Solarin”. Perhaps because it’s such a non-traditional high-tech site – but even then, why the non-appearance in search? 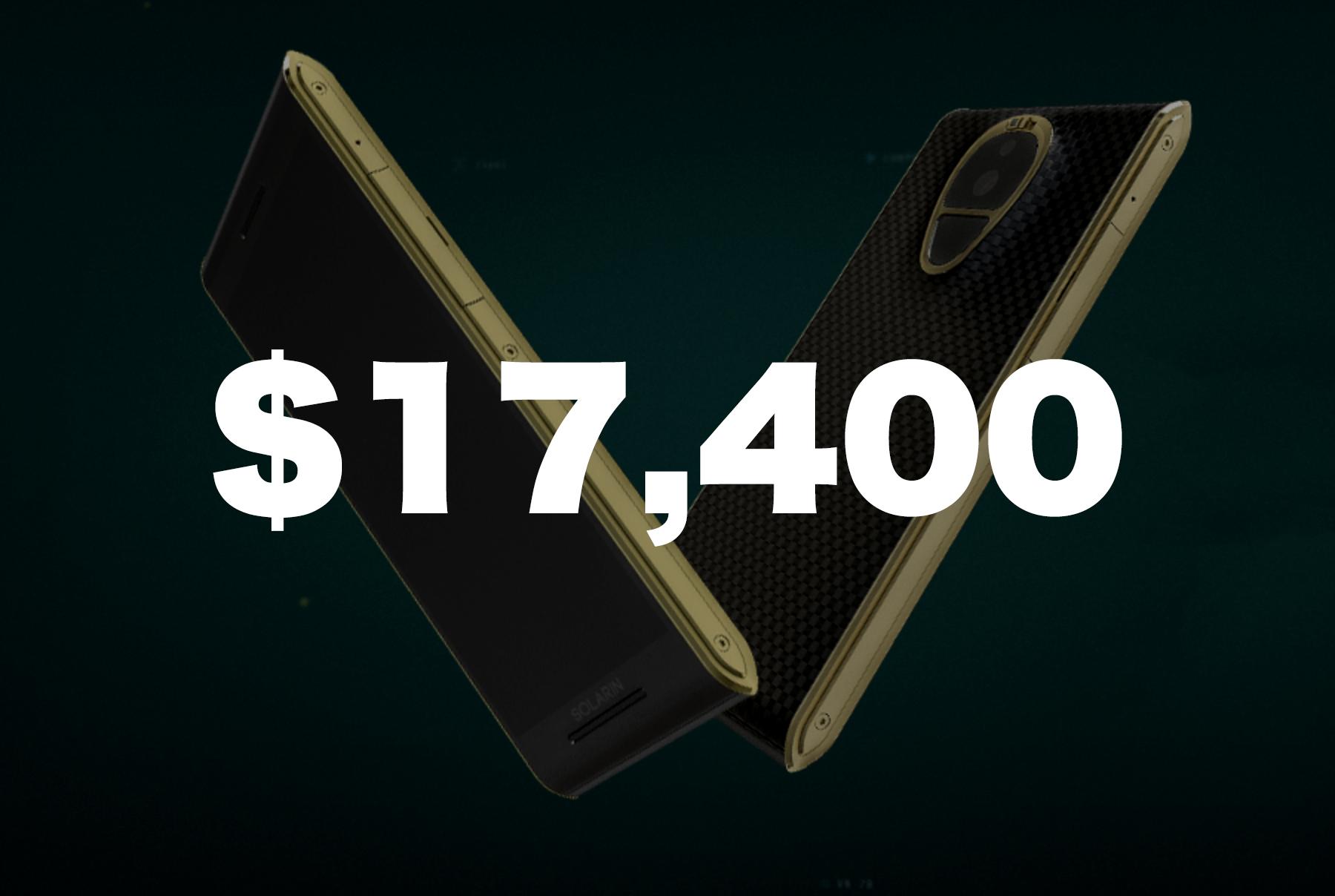 Once in Solarin dot com, the device can be found for sale in several different iterations. Each has a different price based on hardware materials, while the insides appear to be largely identical. There’s a single version that’s marked “Sold Out” – Solarin Crystal White Carbon DLC, made with white carbon leather with black DLC elements, inlayed with black diamond.

Now that the brand is established, the company is ready to release their second smartphone to the public with all the money they made from the first phone – right? Not quite. Instead, the company is crowdfunding their effort to make a slightly more affordable device – right around the price of the iPhone X.

Now comes the FINNEY, a new smartphone that works with an operating system called Shield OS, built on Android. This OS is set to be open-source, and is being made to support inherent Blockchain apps, “such as a crypto wallet, secure exchange access, encrypted communications, and a P2P resource sharing ecosystem for payment and apps.” All of this comes in a package that’ll be a fraction of the cost of the Solarin phone. 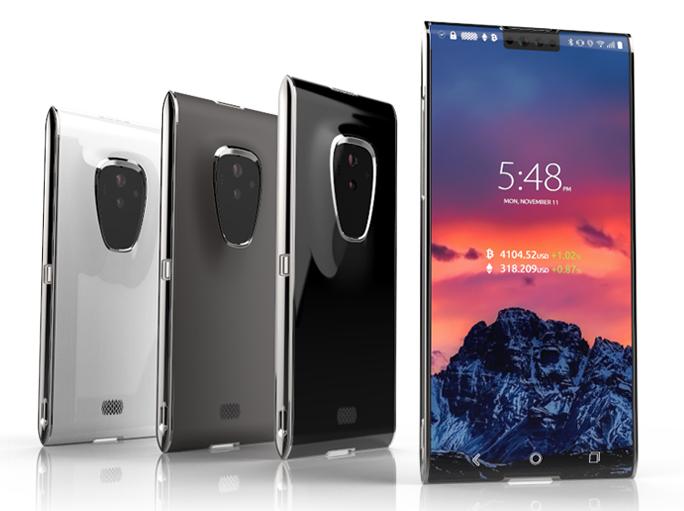 But they’re launching this device in the blockchain universe with an initial coin offering (ICO), which means users are investing in a crypto-coin. The device itself won’t be available for sale unless the company acquires $50-million USD or more from this ICO. The coin will be used after the sale as a means to trade within the SIRIN LABS ecosystem after the sale.

The coin’s name is SRN, aka Sirin Labs Token. Sirin Labs suggests that “the SRN Token represents the right to acquire Sirin products and services.” This seems to mean that a user will need to own a certain number of SRN Tokens before they’re allowed the right to pay $999 to buy the phone.

My worry is the one element near the middle of the Sirin Labs page – right in the middle of the information about the crowdsale. The word “uncapped” – that’s what I’m worried about. Not necessarily for Sirin Labs, but for those that intend on using the coin with the phone in the future.

The price of a single SRN Token wont necessarily be set at any given time. Since the time that the first waves of products and services were first bought by Bitcoin years ago, BTC to USD pricing has changed radically. Dependent entirely upon how Sirin Labs chooses to trade this coin in the future, the future value of the entire platform is set.

In the meantime, Sirin Labs sells a digital crypto-coin for USD, and their next funding round is made from everyday users.

To be entirely clear, here – the phone won’t be on sale for a while. The first event in the history of this phone is coming “soon”, and it’ll be strictly about selling a crypto-coin to the public. With the cash made from this sale, the company will make the phone – and apparently, potentially, a FINNEY all-in-one PC. No word yet on what the PC might cost – we’ll see if the phone makes its way to reality “soon”. 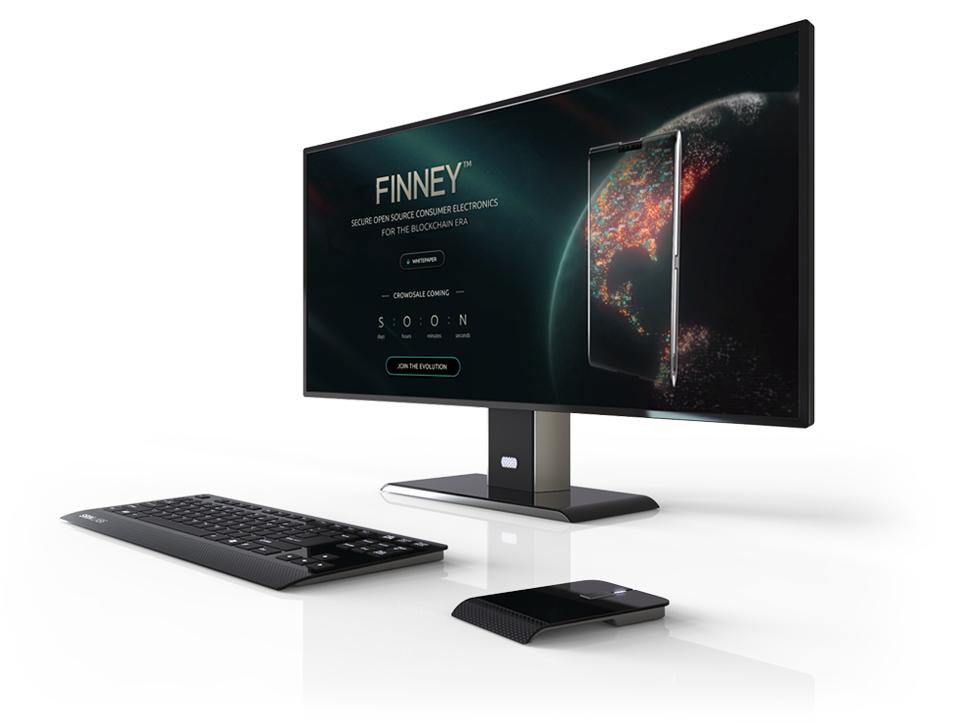