This awesome iPhone 8 concept puts the camera in the Apple

Today we’re looking at a concept design for the “iPhone 8” – or what might end up being called the iPhone 7s. What’s particularly unique about this design isn’t its ability to blow away the competition with higher-grade specifications or the newest materials in the world. Instead, this design aims at taking command of the smartphone market by putting the back-facing camera in an Apple logo.

Why on earth has placing the camera in the Apple logo on the back of the iPhone never been made a reality before? It has a little bit to do with the cost of the glass that’d cover the lens, of course – that much extra glass isn’t something that makes a lot of sense to go for. Especially when it’s not clear why moving the camera to this location would sell more phones.

When I first started working in publishing, I wrote for a blog whose primary content was conceptual industrial design. It became abundantly clear to me, despite the inevitable haters that came in abundance, that concept design need not always be market ready. If we only illustrated designs that could be made right there and then with traditional techniques, we’d only ever inch forward instead of leap.

With the concept we’re looking at today, designer Iskander Utebayev imagines a smartphone that incorporates a couple of edges with curved display elements, as well. All the sides are rounded, not entirely unlike what the iPhone 7’s sides are now, while the glass moves further down the sides than it ever has before. 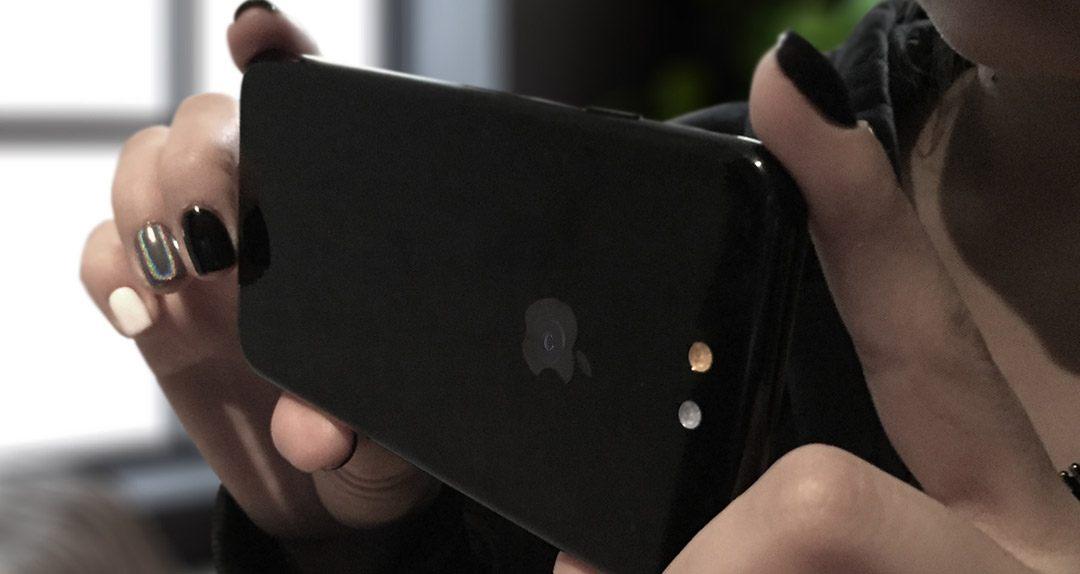 Of course this makes the device far more fragile – but as Samsung has proven for the past several years, we’re clearly in an age where fragility is not a negative element in smartphones. Instead having a front panel covered with glass that moves down all the edges of the device makes for a design that appears elegant and high-end.

The back of the iPhone 8 concept we’re seeing here looked, at first, to me to be without a properly sized camera lens hole. I was looking in the same place the iPhone has always had a camera lens, not in the Apple logo. Would that Apple were to place the camera in the logo, there’d be a real opportunity for smartphone camera trickery, of that you can be certain.

Again, this is a concept, not an actual iPhone that’ll be released by Apple. If Apple reveals an iPhone 8 with a camera lens behind its Apple logo, Utebayev will probably jump up and down with joy. Have a peek at Utebayev’s Behance collection for more interesting designs.