This awe-inspiring nebula looks like the Eye of Sauron

NASA has published another astounding image snapped from the universe that surrounds us, and unlike ones that resemble paradise or mythical lands, this one looks like something straight from one of humanity’s most beloved works of literature: the eye of Sauron. It is fiercely red and studded with flashes and specs of light that serve only to further enhance the glaring, direct gaze of a star and the surrounding nebula.

The image below shows the start HEN 2-427, also known and more frequently referred to as “WR 124”, as well as the surrounding nebula M1-67. The star is the bright spot in the middle — the twinkle in this celestial eye, you might say, while the nebula is the fiery red and orange painted around it. The pairing is found in the Sagittarius constellation, and is approximately 15,000 light years from us. 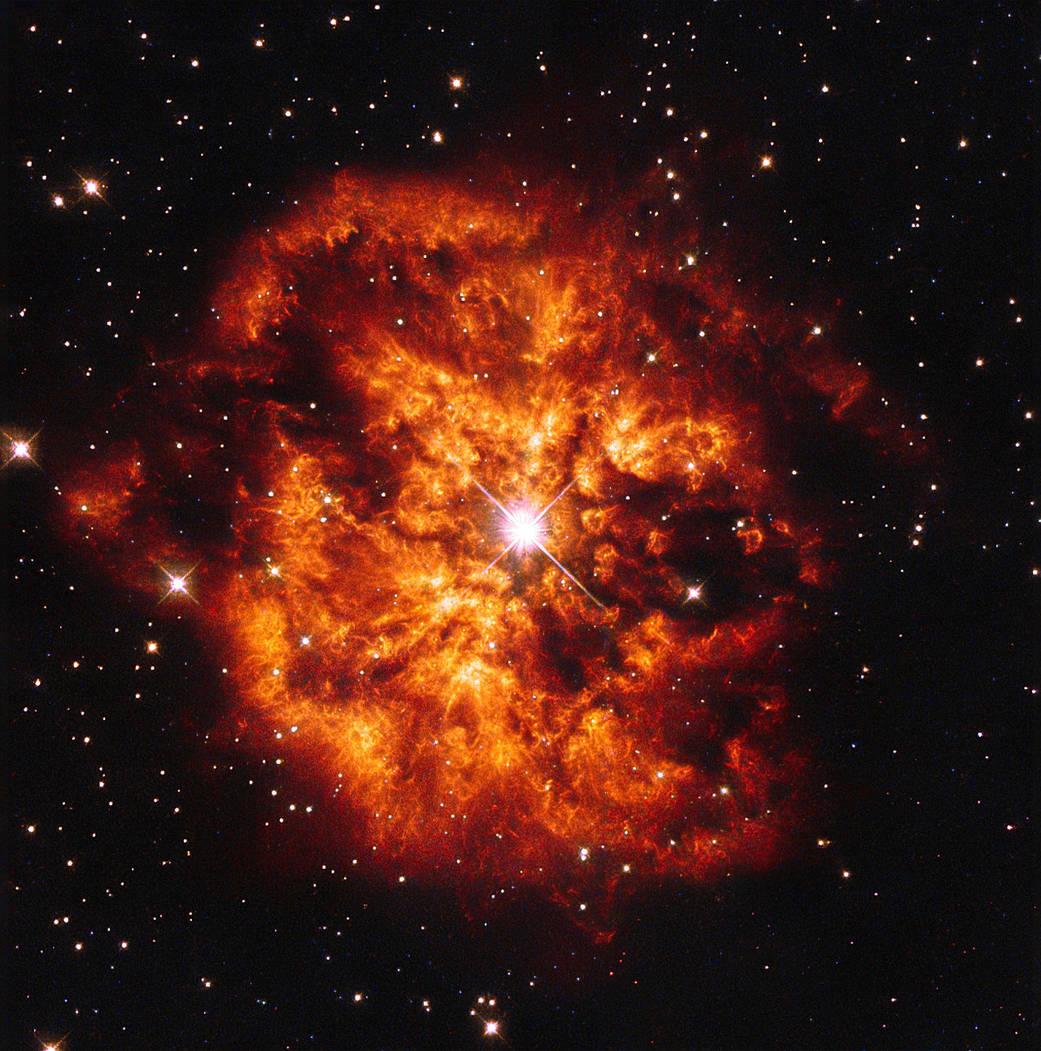 The image was captured by the venerable Hubble Space Telescope, the same telescope that has graced us with other outstanding images from space. Says NASA, the “hot clumps of gas” that were captured in the image are being ejected outward into the expanse at more than 150,000km per hour — about 93,000MPH.

It is thought the M1-67 nebula is, at the most, 10,000 years old, a very young nebula in relation to the universe as a whole. The star, meanwhile, is what is known as a Wolf-Rayet star, so named after the astronomers with those last names. These stars are known for the aforementioned ejections, and are described as being “super hot”.