We can thank Apple for bringing the medical and health-related functions of wearables to the forefront with its Apple Watch, which can detect heart arrhythmias in the latest version. Apple is also rumored to be adding new health features to future versions of its wearable. Researchers and other wearable device makers are also heading in that direction. Engineers at UCLA have designed a thin adhesive film that can turn a consumer-grade smartwatch into a health monitoring system.

The adhesive disc can look for chemical indicators found in sweat to give real-time indications of what’s happening inside the body. The chemical indicators that the film would monitor for include glucose and lactate, which are reliable indicators of how the body’s metabolism is working. The engineers created a disposable, double-sided film that attaches to the underside smartwatch. 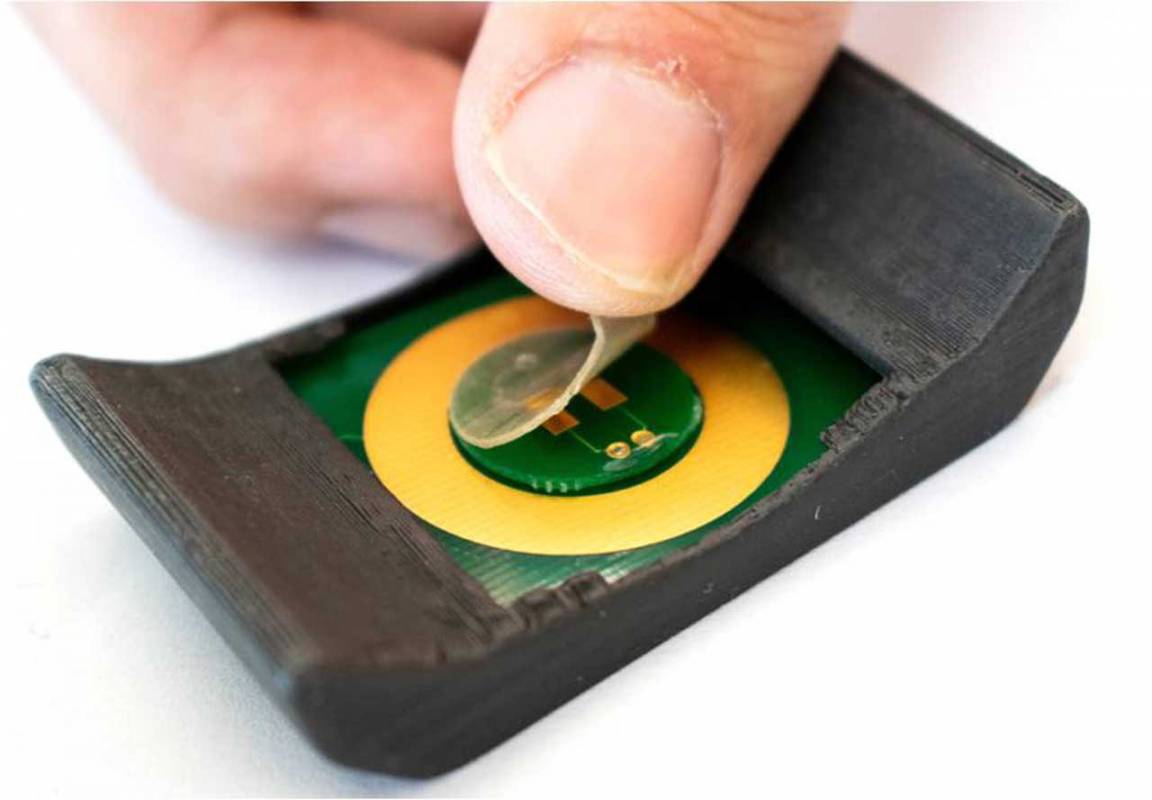 The film detects molecules, such as metabolites in certain nutrients that are present in body sweat in very tiny amounts. The team then built a custom smartwatch and an accompanying app to record the data. The researchers say that the inspiration for the project came from the realization that more than 100 million smartwatches and other wearable devices are sold globally with powerful data-collection, computation, and transmission capabilities.

The solution the engineers developed can upgrade the wearables into a health monitoring platform capable of measuring molecular-level information to give a deeper understanding of what’s happening in the body in real-time. The side of the adhesive film that touches the skin collects and analyzes the chemical makeup of droplets of sweat. The watch-facing side turns the chemical signals into electrical ones that can be read, processed, and displayed on the smartwatch.

The team says by using sensors made of a double-sided adhesive and vertically conductive film; they have eliminated the need for external connectors. That makes it easier to integrate sensors with consumer-electronics and eliminates the impact motion can have on chemical data collection. While the engineers used a custom-made smartwatch, the technology could be applied to popular models of wearables.