A new bit of research published by the National Academy of Sciences showed evidence of one of the first creatures on this planet with a mouth and a butt. More specifically, this fossil called Ikaria wariootia, is one of the oldest known bilaterians. A bilaterian is an animal with two openings and a trough-gut.

This creature is a key in recording the transition from the oldest, simplest creatures on our planet to animal life we see here today in modernity. In Earth’s historical span known as the Ediacaran Period, most life was tubular, frond-shaped – simple. It was during this period, over 539 million years ago, that bilaterians first appeared.

Ikaria wariootia is now one of the oldest bilaterians identified in South Australia, and indeed the world. Elements in the fossil match with those simpler creatures that’ve been discovered in the area – dated earlier and later.

Per research posted this week, “Ikaria represents one of the oldest total group bilaterians identified from South Australia, with little deviation from the characters predicted for their last common ancestor. Further, these trace fossils persist into the Phanerozoic, providing a critical link between Ediacaran and Cambrian animals.” 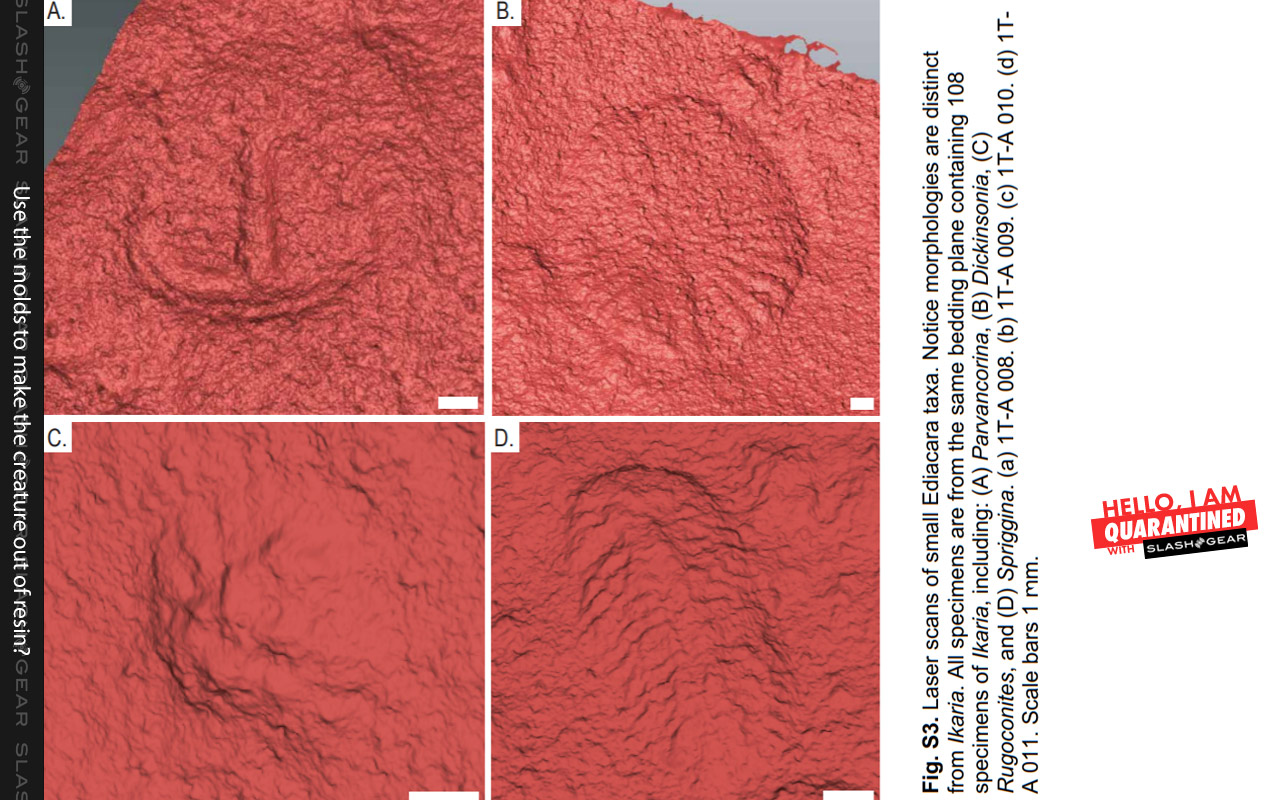 It’s difficult to see how a grub worm monster like this could, at some point, have played a part in our collective history. But based on our understanding of how evolution works, it’s quite likely this is one of your oldest grandparents… so to speak.

Dr Scott Evans, of the Smithsonian National Museum of Natural History and a co-author of the research spoke on the subject with The Guardian: “The major finding of the paper is that this is possibly the oldest bilaterian yet recognized in the fossil record. ​Because humans are bilaterians, we can say that this was a very early relative and possibly one of the first on the diverse bilaterian tree of life.”

More information can be found in the research paper Discovery of the oldest bilaterian from the Ediacaran of South Australia as released in PNAS this week. This paper was authored by Scott D. Evans, Ian V. Hughes, James G. Gehling, and Mary L. Droser. It can be found with code DOI:10.1073/pnas.2001045117 and was first published March 23, 2020.