Bugatti’s Chiron was already fast, but the automaker couldn’t resist squeezing more power out of its monstrous 8.0-liter W16 engine and creating this, the Chiron Super Sport. Headed to roads in 2022, the most potent version of the hardly-lacking hypercar now has 1,600 horsepower to play with.

It’s courtesy of what Bugatti describes as a “thoroughly overhauled” version of its sixteen-cylinder engine. Power is up by 100 PS (99hp) to 1,600 horsepower, with modifications to the turbochargers, transmission, clutch, and more. 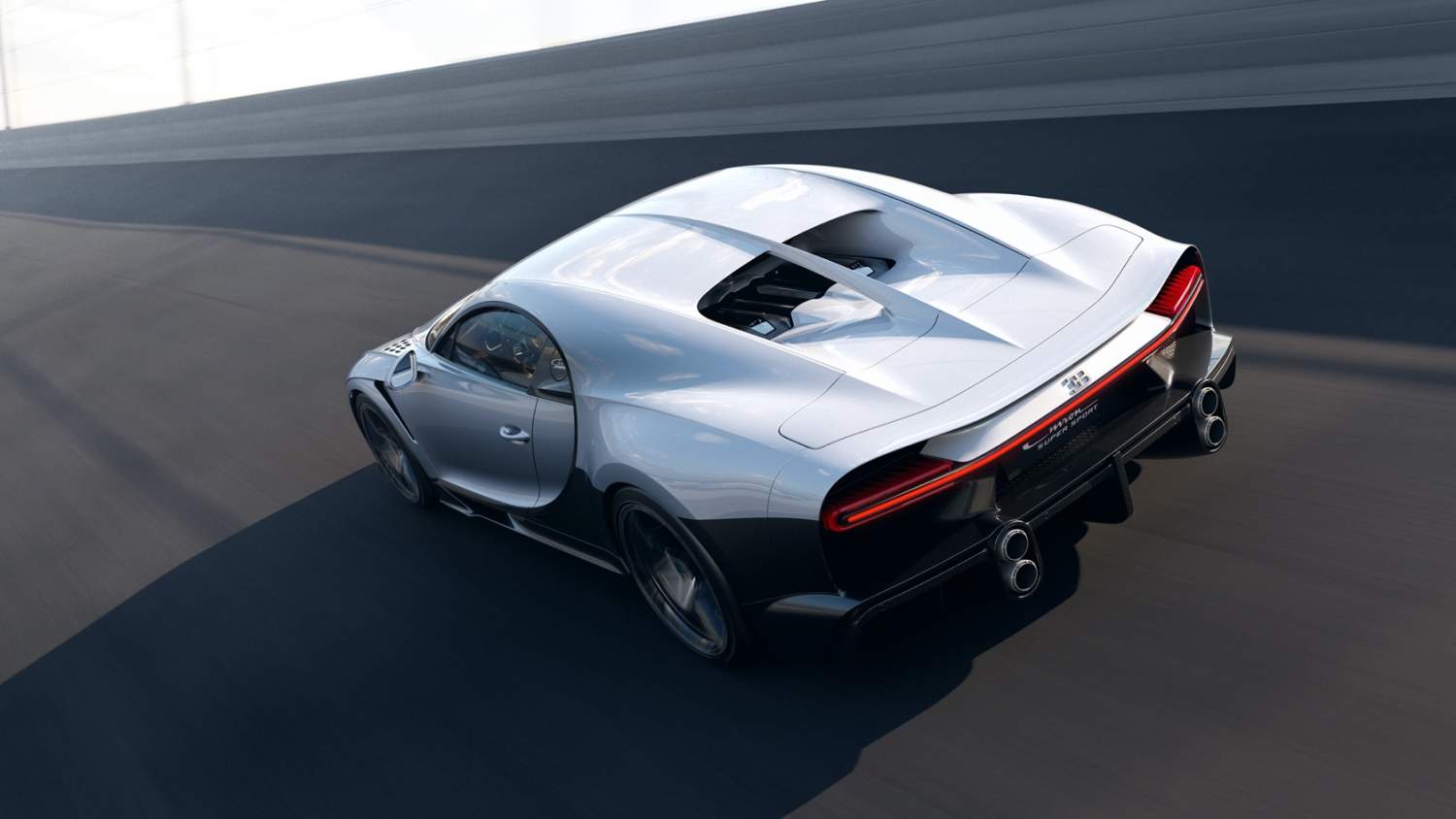 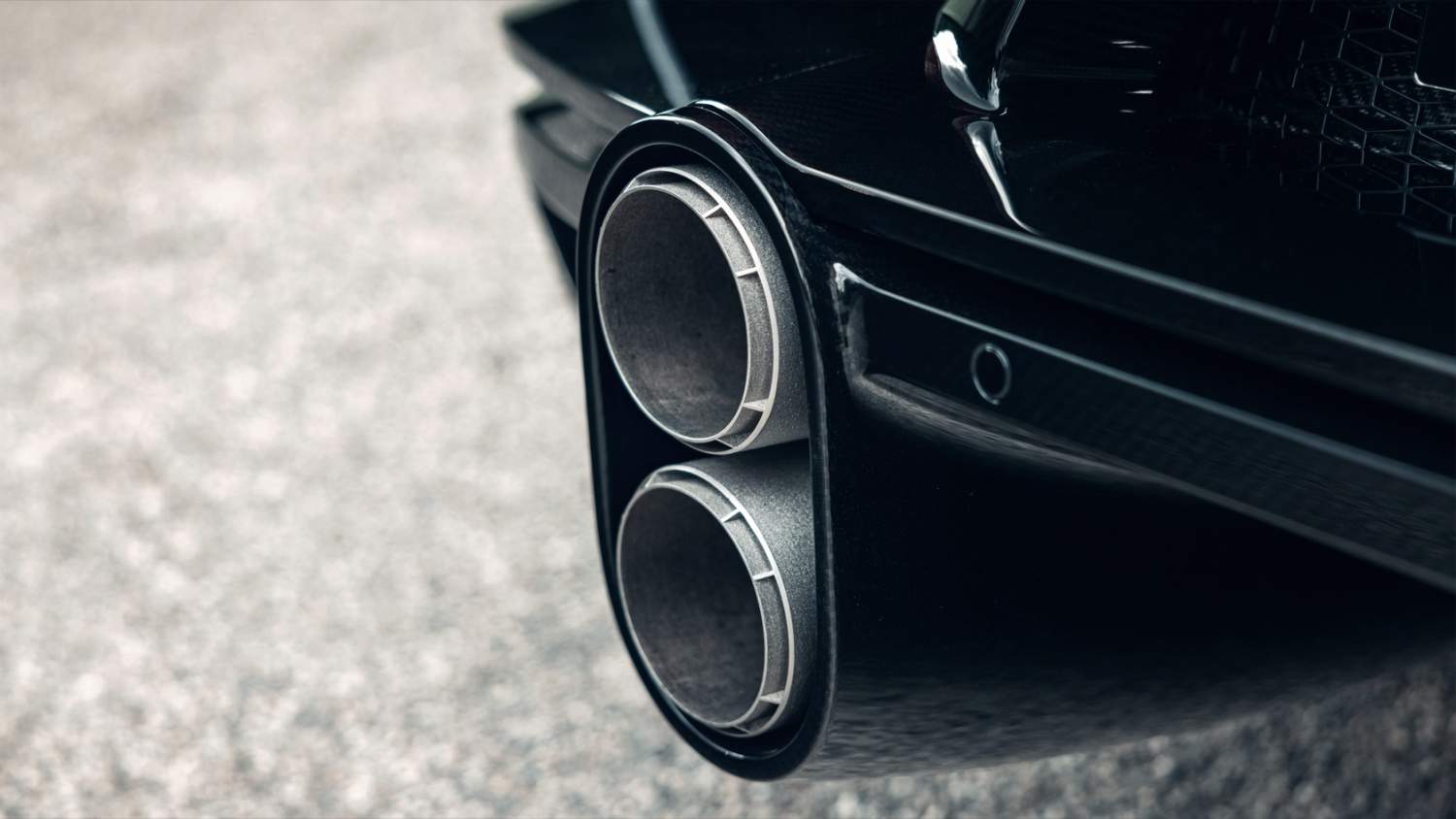 While that’s lower than the old Chiron Super Sport+ could hit, there are good aero reasons for it. Bugatti wanted to make the superlative grand tourer, and battling the tendency of fast-moving things to want to take off is always tricky when you’re approaching 300 mph. “Our aim was to give the vehicle a neutral setup at its top speed while also giving it as streamlined a shape as possible,” Frank Heyl, Deputy Design Director at Bugatti, says.

The result is an extended “long tail” rear, almost 10-inches longer than normal, with a new, larger rear diffuser. As a result, there’s less wind resistance and slipstream, and the Chiron Super Sport clings to the ground more readily. The exhaust system has been pushed to the side, and the bigger diffuser means the retractable wing can remain stowed more of the time, reducing drag without sacrificing downforce. 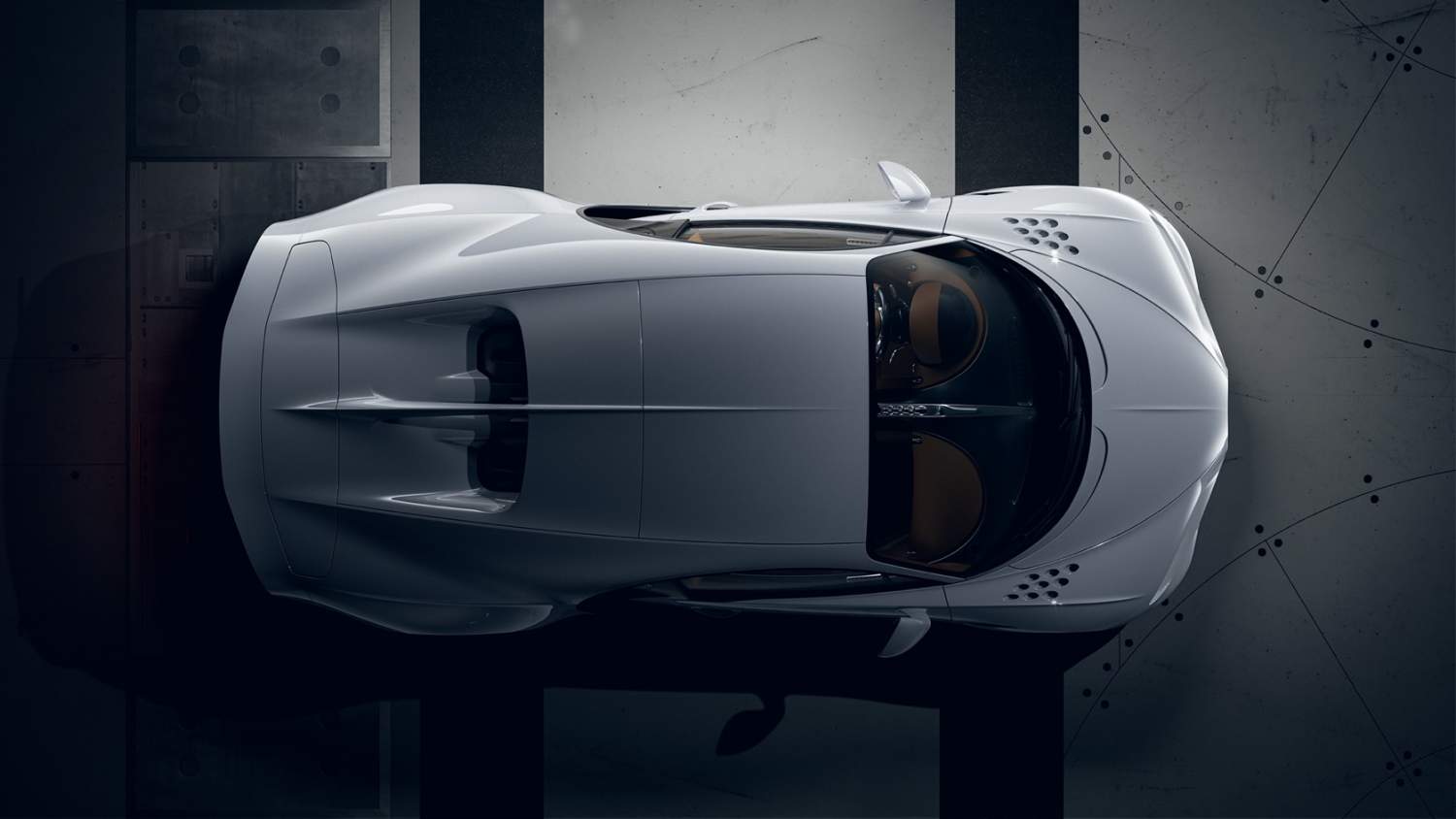 At the front, there are side air curtains to help minimize drag from the front wheel arches, and a more aggressive fascia with inclined headlamps. Each fender has nine exhaust air holes, helping relieve front wheel well pressure. Inside those wells are new, 5-Y-spoke aluminum wheels exclusive to the car; a diamond-cut finish is also available. Alternatively, the Chiron Pur Sport’s magnesium wheels are available as an option. 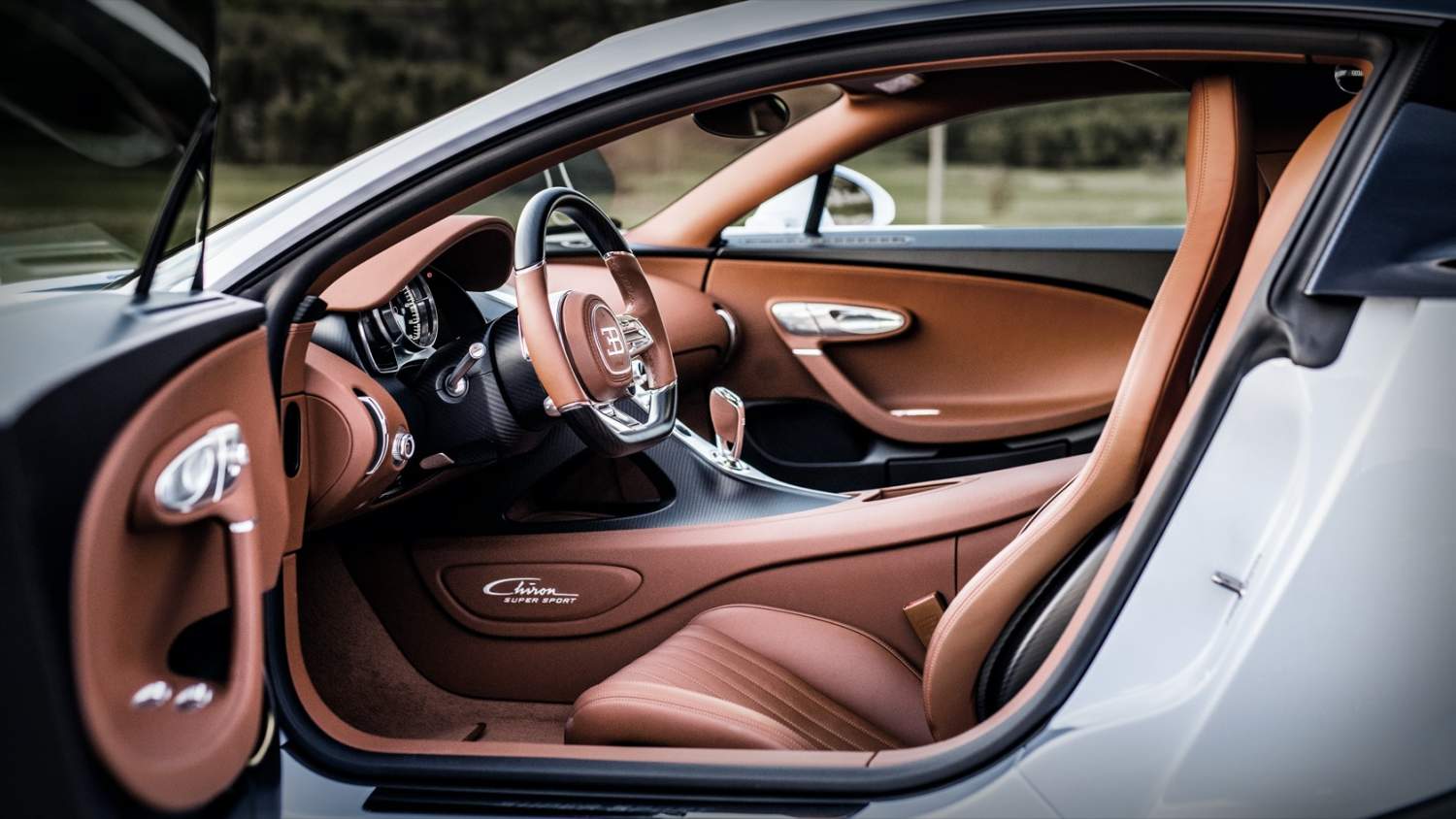 Inside, Bugatti’s cabin game continues to wow, with plenty of leather and polished aluminum. There’s carbon fiber in there too, to highlight the Chiron Super Sport’s high-tech nature. Four drive modes – EB, Handling, Autobahn, and Top Speed – are offered, each adjusting things like the new, stiffer springs, electronically-controlled chassis, steering systems, and dampers.

It’s not the first time we’ve seen the Super Sport badge applied to a Bugatti or, indeed, to a Chiron specifically. The nameplate was first used back in 1931 on the Type 55 Super Sport, before reappearing on a series of vehicles – numbering only a handful each time – over the intervening decades. The Veyron 16.4 Super Sport gave it a huge upgrade in 2010, then brought the Chiron Super Sport+ out nine years later for a 300+ mph track master. 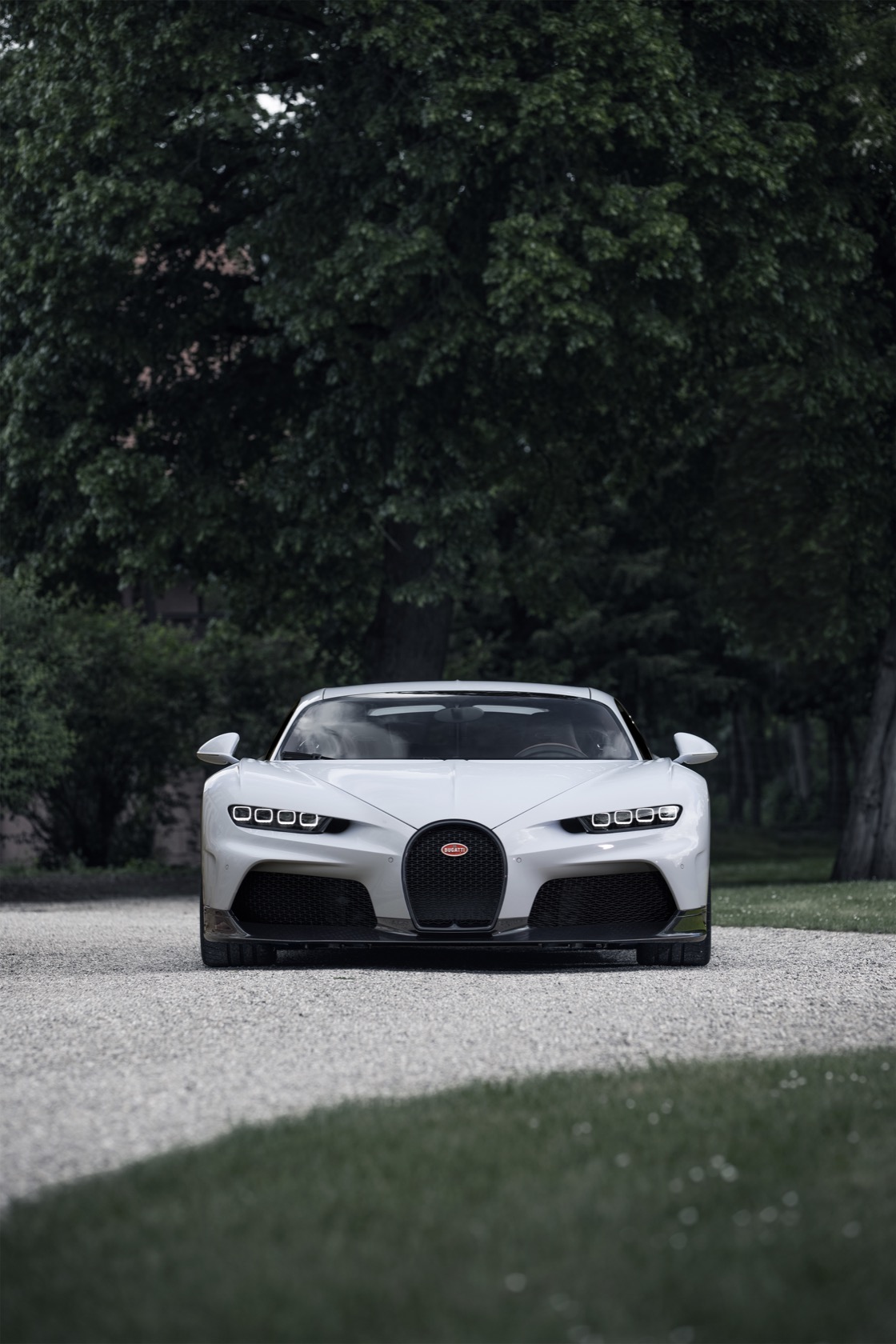 While you might’ve thought that the pandemic and its economic impact would’ve meant hyper-luxury car buyers would put off any big-ticket purchases, you’d be wrong. Automakers like Bentley and Rolls-Royce have reported unexpectedly strong sales, as the super-rich celebrate their vaccinations with six- or seven-figure vehicles.

That probably means Bugatti won’t have any difficulties finding buyers with 3.2 million euros ($3.84 million) to spare on a new Chiron Super Sport. The order books are open now, but deliveries aren’t expected to begin until early in 2022.